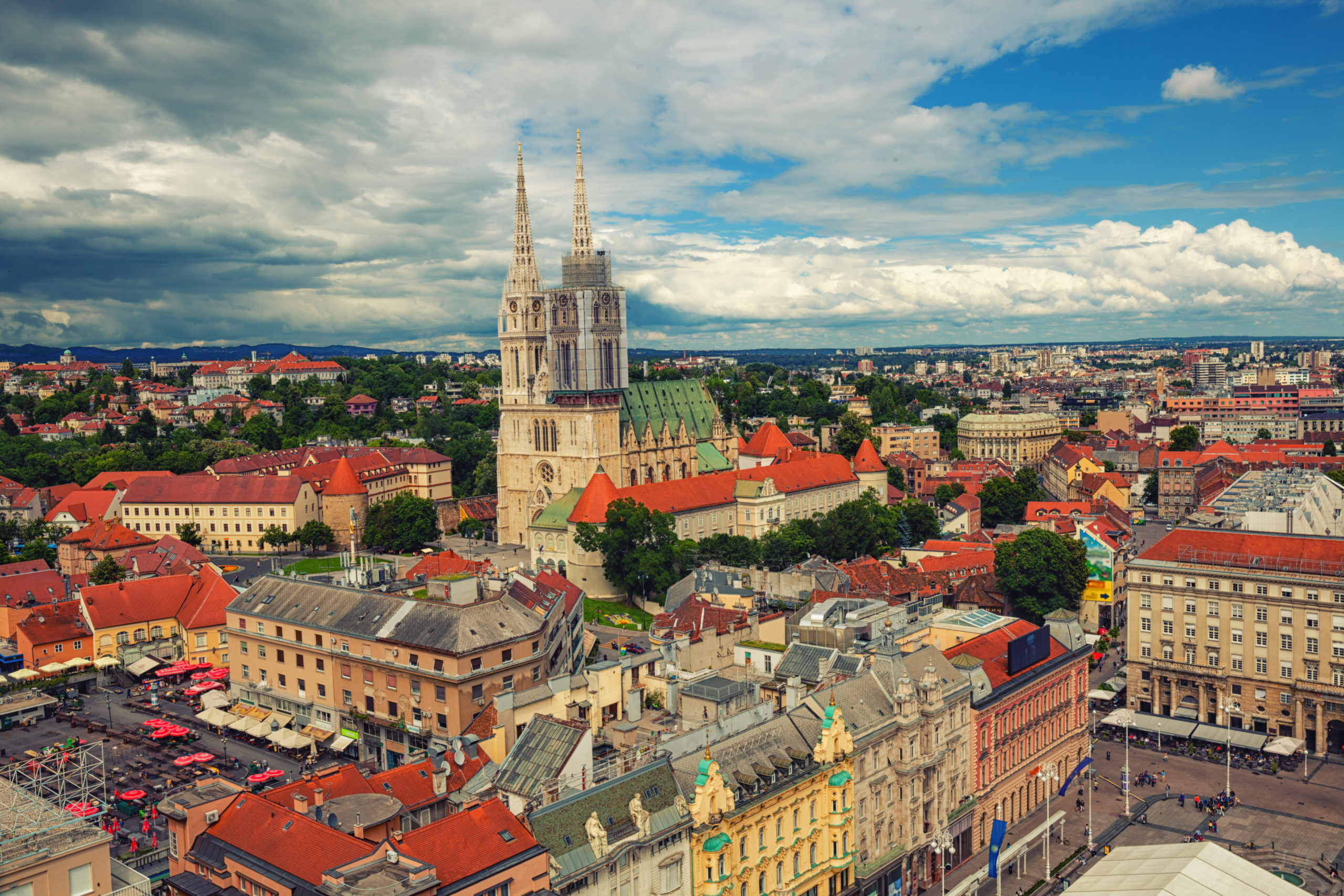 Albania to impose sanctions on Russia

On February 27, Albanian officials announced that the country would impose sanctions on Russia to respond to the ongoing attack on Ukraine. Sanctions are focused on energy, economy and technology areas. Olta Xhacka, Minister for Europe and Foreign Affairs of Albania, announced that Albania would freeze 654 individuals and 52 entities connected to Russia and will completely ban all the Russian flights to the country, excluding the extraordinary medical and emergency cases or humanitarian purposes.

Regarding the crisis in Ukraine, Albania was among the countries that have already expressed their will to provide medical and military support to Ukraine.

Albanian attitude was also shown by a protest held in front of the Russian embassy in Tirana on Sunday, February 27.

Concerning the situation in Ukraine, Albanian officials have already called all citizens to leave Ukraine, but no additional information about the number of Albanians in Ukraine was presented.

Milorad Dodik held a nationalistic parade amid tensions in the country

On January 9, a march took place in Banja Luka, the capital of the Serbian entity Republika Srpska. The paramilitary parade was held to commemorate the thirtieth anniversary of the declaration of independence of Bosniak Serbs in 1992 when Yugoslavia disintegrated and Bosnia and Herzegovina fell into the ethnic war.

The event portraited current ethnic instability in the country, as Bosnia and Herzegovina suffer from ethnic division fueled by nationalistic politicians.

The attention of the international media was focused on Milodar Dodik, who chaired the entire show and once again reminded the importance of Republika Srpska’s greater independence.

Dodik demonstrated his separatist stance by calling to withdraw Republika Srpska from the Bosnia and Herzegovina national institutions. Therefore, he is considered a destabilizing element of BiH politics. Consequently, the United States sanctioned him at the beginning of 2022 for “destabilizing, corruption and attempts to break the Dayton Peace Accords“.

On January 26, Andrej Plenkovic, Prime Minister of Croatia, has apologized for the remarks of the country´s President about Ukraine. President Zoran Milanovic who claimed that Ukraine is one of the most corrupt countries globally and that Croatia should withdraw all the soldiers from Ukraine, forgetting that there are no Croatian soldiers there.

Milanovic also added that Croatia has nothing to do with the escalation of conflict between Russia and Ukraine, and no Croat soldier should be involved in the possible conflict, which later became a reality, as Russia invaded Ukraine.

Even though PM Plenkovic has apologized for the claims of the country´s President, Milanovic confirmed his attitude towards Ukraine on February 18, claiming that he is against the accession of Ukraine to NATO.

Although Croatia is the EU and NATO member, president Milanovic often criticizes both institutions, showing his rather right-wing populist opinions and thus destabilizing the country´s strong commitment to the EU and NATO. On the other hand, PM Plenkovic stresses the Euro-Atlantic orientation, standing on the opposition to Milanovic. However, it is visible and confirmed by political commentators in Croatia that Milanovic is trying to catch political attention and popularity by the claims mentioned above, as he loses public support in favour of PM Plenkovic.

On February 26, Kosovo Independent Media Commission (IMC) has banned the broadcast of RT Documentary TV and Russia Today channels to respond to the Russian aggression in Ukraine and the spread of Russian propaganda and disinformation.

Faruk Rexhaj, the head of IMC, stressed that the move to ban Russian channels does not violate media freedom, as mentioned channels spread propaganda and misleading information about the Russian invasion of Ukraine. In addition, mentioned channels were widely popular in the Serbian populated north of Kosovo and could fuel ethnic and nationalistic tensions.

According to the IMC officials, the list of banned channels is not final, claiming that others could join due to publishing false information.

The IMC claims that the ban is just a temporary step until the situation in Ukraine does not improve. However, it is up to the IMC’s decision to remove the ban on the Russian channels, as it regulates broadcasting in Kosovo. Thus, the situation could last for months, as the IMC would be responsible for allowing false information in the TVs of people of Kosovo. 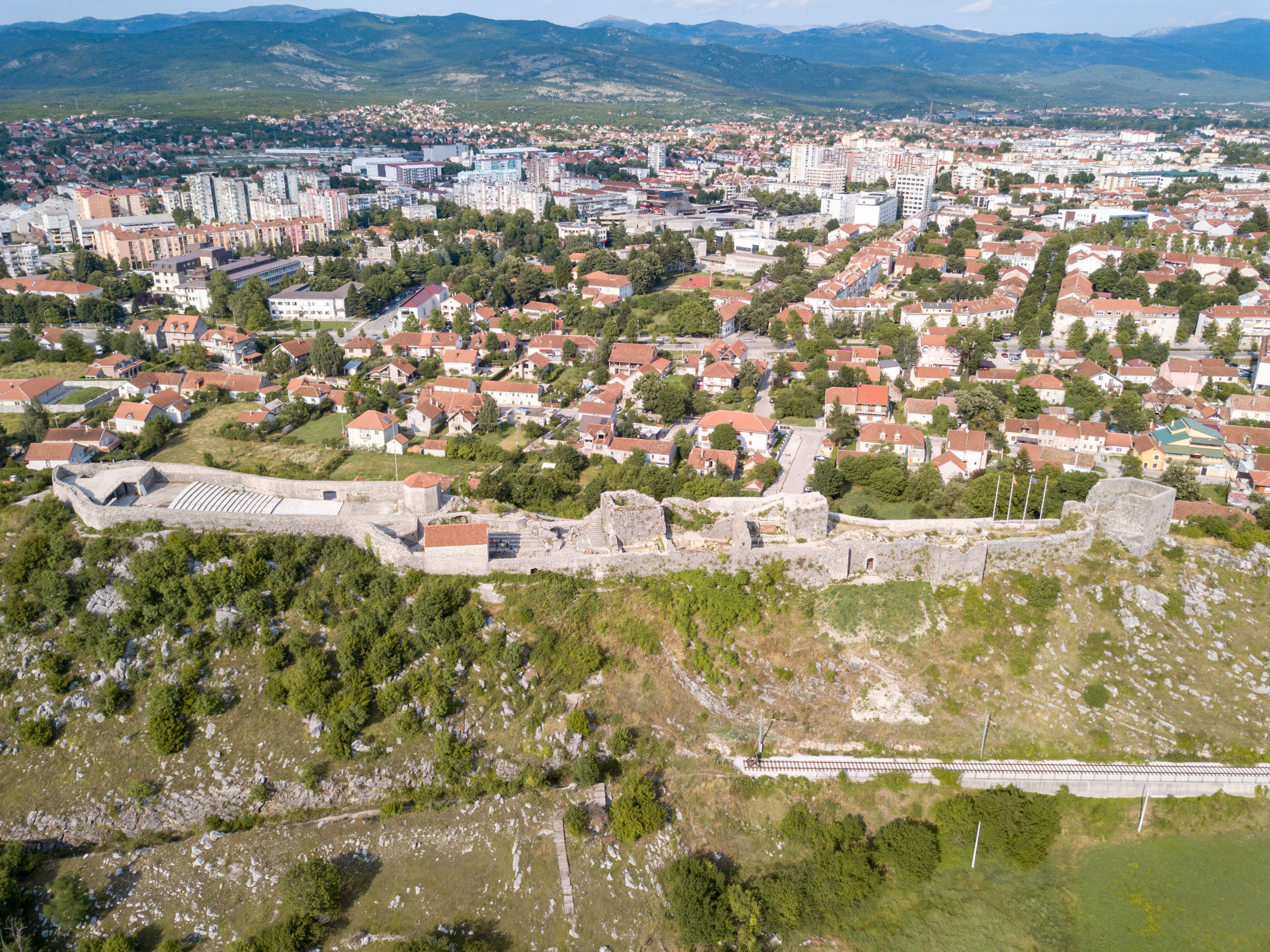 The fall of the Krivokapić government – the penetration of the DPS’s influence led by Djukanović?

The government coalition in Montenegro collapsed on February 4, 2022, due to a no-confidence vote in the parliament. As a result, the government ended a year after replacing the long-running leader, Milo Djukanovic, and his party DPS.

The government coalition has struggled with several contentious issues, such as Montenegro’s accession to the European structures and the strong influence of the Serbian Orthodox Church on Montenegro’s internal affairs.

Many political experts from Montenegro believe that Djukanovic has ambitions to infiltrate the new minority government and block critical judicial reforms. That applies to the Origin of Property Law reform legislation and the investigation of corruption against former government officials during their long tenure in office. Even though Djukanovic and his DPS are out of government, experts claim that their ambition is to re-establish power in Montenegro as soon as possible.

The new Prime Minister Kovacevski is at a disadvantage – the possibility of early elections?

The election of a new prime minister seemed to halt the issue of the early parliamentary elections. But unfortunately, Kovacevski seized the office in the ongoing energy crisis and as the country needs to improve social policy.

Less than a month after the announcement, the prime minister came to a disadvantage, proposing a reform of the electoral system that could trigger early elections in Northern Macedonia.

First of all, the strongest opposition party VMRO-DPMNE, which has ruled since 2006 till 2017, announced in January 2022 that it was ready to consider the long-standing demand of smaller political parties to abolish the six constituencies of Northern Macedonia in favour of only one, thus increasing the chances for smaller political entities to enter the Parliament.

The parties demanding the abolition of constituencies even conditioned their support for the government on the reform during the first three months of Kovacevski’s term. If the electoral system does not change within 90 days, it will likely cause the government to fall.

Several smaller parties have been calling for this proposal for years, arguing that a single constituency would make obtaining seats fairer and more accessible. The former PM, Zoran Zaev, initiated this proposal, and the current PM continues with the idea.

On the one hand, the change could help give an accurate representation of the people’s political affiliation, as expected from the elections. But, on the other hand, if the proposal does not pass within a month – especially without the support of larger parties, North Macedonia will find itself in a political “vacuum” once again and will have to elect a new prime minister and government.

Protests against lithium mining in Serbia

Rio Tinto planned to build a lithium mine near the town of Loznica in the west of the country. The value of the project is estimated at $ 2.4 billion. The launch of the project was scheduled for 2027.

Lithium is mainly used in electric car batteries and is becoming an essential commodity on the world market. Therefore, it can be expected that mining companies will show greater interest in increasing lithium mining.

Activists have expressed their concerns about lithium mining, mainly because of the threat of water pollution and the general environmental threat. Prime Minister A. Brnabic also referred to this argument. But is that the real reason the Serbian government has decided to do so?

The truth is that Serbia is one of the most polluting states in Europe. But this decision may have been influenced by several factors. If we were to link this decision to the dispute over Novak Djokovic’s absence from the Australian Open, it would be a very weak argument for cancelling the $ 2.4 billion investment. There is no doubt about the economic benefits for Serbia, but the environmental impact will be discussed for a long time. Rio Tinto claims that the construction of the mine and mining would meet the environmental standards of the European Union. The main factor for this decision may be the parliamentary elections on April 3, 2022. The revocation of the exploration permit may have been more of a political gesture to gain more voters before the upcoming elections.

For now, we can only argue whether this verdict was final or whether the position of the future newly elected government will change.

Serbia opposes sanctions against Russia but supports peace in Ukraine

On February 25, Serbian president Aleksandar Vučić announced that Serbia supports Ukrainian territorial sovereignty, but supporting the sanctions against Russia is not on the agenda.

Vučić claimed that by supporting western sanctions imposed against Russia after the attack on Ukraine, Serbia would violate its interests and, especially, relations with its ally.

Therefore, the Serbian position stands as expected. Serbia is against the war in Ukraine but has not strongly rejected the aggression of Russia. Many experts claim that Serbia cannot support sanctions. Russian gas is of crucial strategic importance for Serbia, in which domestic production barely covers 15% of households’ needs.

Also, Russia holds a veto in the UN Security Council on Kosovo recognition. However, it is notable that Serbian leadership does not support the Russian recognition of LPR and DPR, as it threatens the Serbian interests regarding Kosovo’s non-recognition.

Consequently, Serbia has found itself in a peculiar situation. Even though it has traditionally correct relations with Ukraine, dependency on Russian gas, political support in the UN and Russian support, in general, makes Serbia locked in a position that does not provide a place to manoeuvre.