Monthly review of March and April 2022 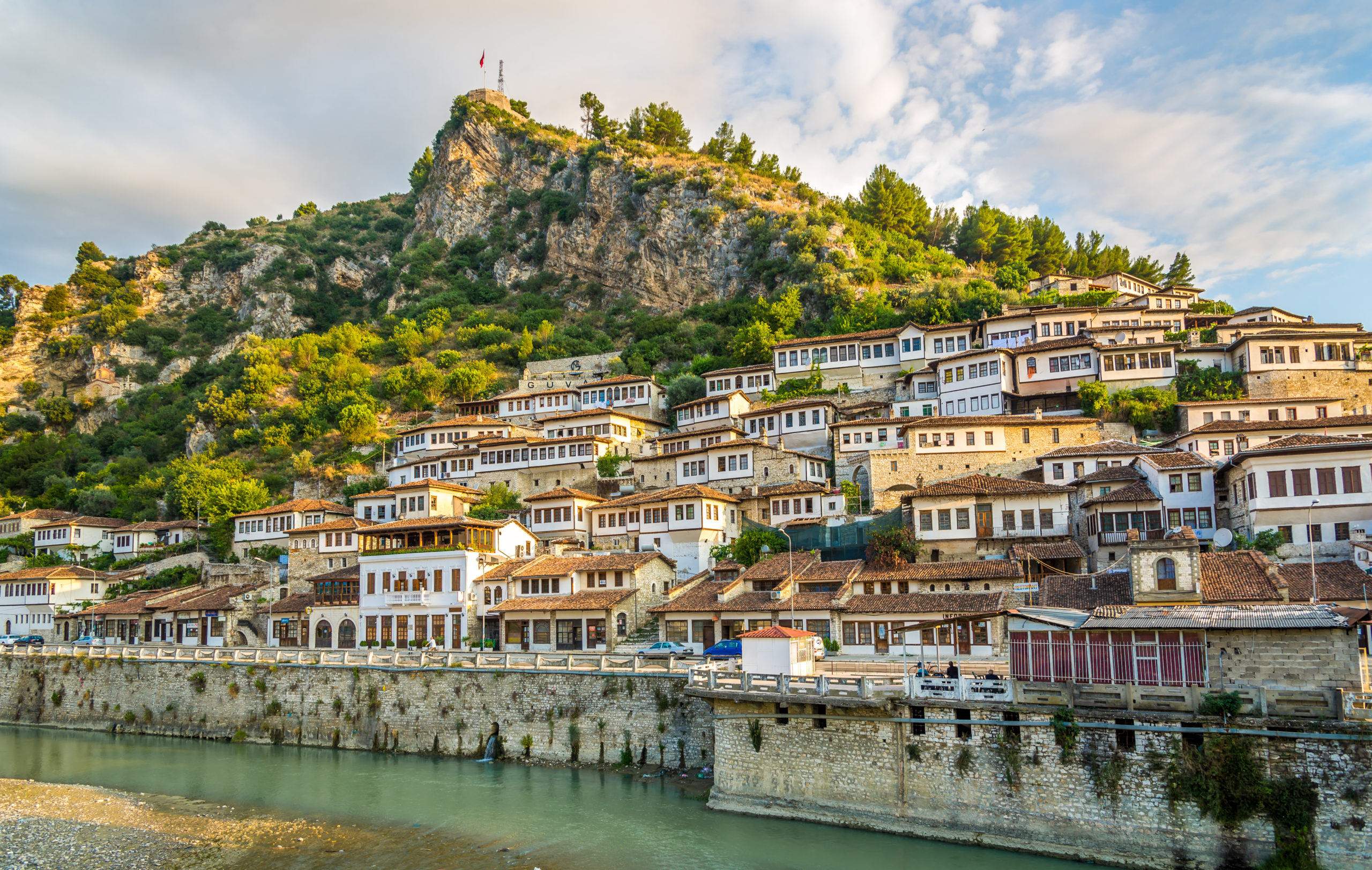 On March 29, six officials and an administrator at a waste treatment plant in Fieri were arrested. Also, Ali Bllako, a member of the ruling Socialist Party, is accused of taking a bribe to approve a contract to construct waste incinerators.

Bllako is accused of accepting a bribe of 120.000 EUR paid to his father by a company that was awarded a contract to build waste incinerators. Integrated Technology Waste Treatment Fier paid a bribe when Bllako was general secretary of the Ministry of the Environment of Albania and a general director of the National Agency for Water, Sewerage and Waste Infrastructure.

The government of Prime Minister Edi Rama has awarded three contracts to construct waste incinerators worth hundreds of millions of EUR to a group of affiliated private companies. Former Environment Minister Lefter Koka was also arrested last December for receiving several million EUR in bribes through a network of fake companies. Bribes were allegedly paid for the first of three waste incinerators in Elbasan.

The bribery scandal of the MP is related to the investigation in the second plant in Fieri. In addition, the third and the largest waste incinerator in Tirana is still under ongoing investigation.

“Entry ban” for two Serbs due to security reasons

During the first half of March 2022, Bosnian border authorities reported the refusal of two people to enter Bosnia and Herzegovina – the former commander of the Serbian police unit, Bratislav Dikić, and the professor of the Faculty of Philosophy in Belgrade, Miloš Ković.

In January 2022, Dikić took part in a parade in Banja Luka in honour of the disputed national holiday of the Republika Srpska.

Milos Ković, a Serbian professor in Belgrade, was also banned from entering Bosnia and Herzegovina. According to the BiH authorities, Ković poses a security threat. The professor is known for his strong support of Russian views and is one of the advocates of Russian intervention in Ukraine. In December 2021, he spoke in Banja Luka about the future of the Serbian people in Bosnia and Herzegovina.

A significant deterioration of diplomatic relations is not expected this time. Still, a ban on the entry of Serbian citizens does not help to decrease tensions between Serbia and Bosnia and Herzegovina.

On March 10, a military drone crashed in Croatia, near Zagreb. It is unknown whether it was a Russian or Ukrainian aerial vehicle. First news claimed that the drone carried an explosive device, and it flew through the airspace of three NATO member states, including Romania and Hungary, before crashing into Croatia. Croatian officials had criticized NATO for the slow reaction of the Alliance and its air defence.

Another criticism arose that NATO did not inform the member states and Croatian officials about the drone. It only became evitable after the journalists asked the questions. Prime Minister Andrej Plenkovic said, “we cannot tolerate this situation, nor should it have ever happened”.

At the same time, he is calling for the investigation of why the drone was not noticed in the Hungarian air space, in which the drone flew for around 40 minutes, and why it was ignored. On March 12, NATO Secretary-General Jens Stoltenberg had been in contact with Croatian PM Andrej Plenkovic and agreed to launch an investigation. The examination also includes whether the crash was an accident, sabotage or intentional.

However, a few days later, Jens Stoltenberg said that the drone was unarmed and crashed after running out of fuel. He added that it was a reconnaissance drone. That fact is backed up by the analysis of aviation experts from Croatia. Minister of Defence of Ukraine, Oleksii Reznikov, has said that it was not a Ukrainian drone and that Ukraine would never violate the airspace of Croatian partner. After the incident, NATO protocol has changed, and NATO countries must immediately respond to such kinds of incidents.

Kosovo aspires to be a member of NATO

The Russian invasion of Ukraine is accelerating the interest of non-NATO countries in the North Atlantic Treaty Organization. Kosovo is one of the actors calling for speedy accession to the Alliance.

Several countries have expressed support for Kosovo’s accession to NATO in recent weeks. One of them is North Macedonia, NATO’s newest member. During the recent visit of the Speaker of the Parliament of North Macedonia to Kosovo, Talat Xhaferi emphasized the importance of accepting other Western Balkan countries to NATO.

Kosovo plays an essential strategic role in the Balkans. Kosovo’s security policy is receiving significant attention in the international community, given the endless disputes with Serbia. The reaction and call of Kosovo politicians for the intensification of military reinforcements follow the fear of possible tensions with Serbia.

Kosovo’s top leaders, led by Defense Minister Armend Merhaj, fear potential Russian intervention in the region through Serbia. Concerns stem from Serbia’s refusal to impose sanctions on the Russian Federation and its unquestionable affection for a partnership with Russia.

Still, some facts stand in the way of Kosovo to reach NATO. First and foremost, Kosovo must be admitted to the UN. Then it will be possible to think about its accession to NATO. Still, the Accession Protocol must be signed unanimously by all NATO members. That is a problem because four Alliance member states (Spain, Greece, Romania, and Slovakia) have not yet recognized Kosovo’s independence. 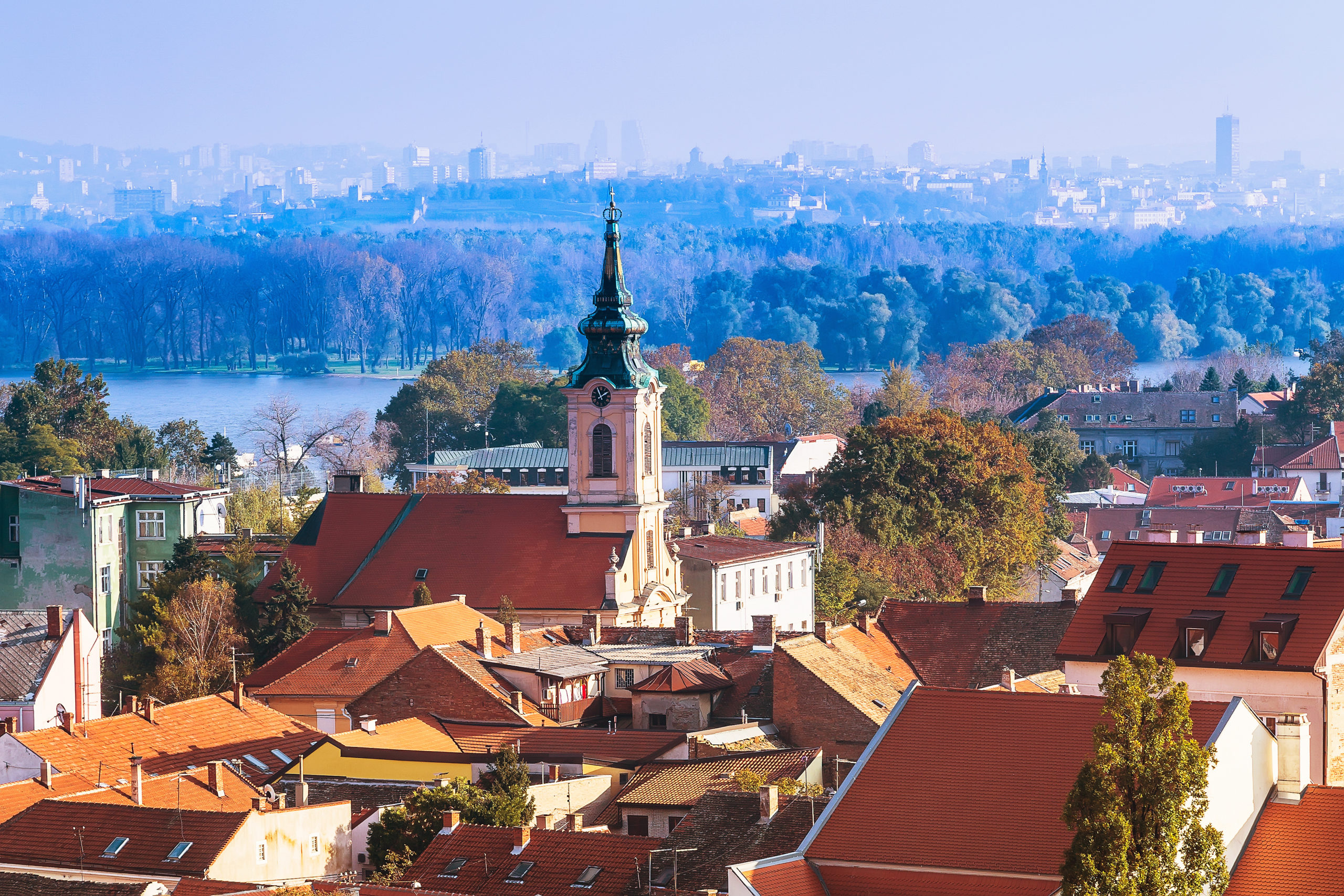 Further postponement of sanctions against Russia: damage to the country’s image

In early March 2022, Montenegro stated that it would join other EU member states in sanctions against Russia. However, the government has postponed sanctions for the third time practically.

President Djukanović and Deputy PM Abazović accuse the prime minister of not wanting to impose sanctions not to damage mutual relations with Russia. However, Krivokapić’s government is known to be strongly pro-Serbian and pro-Russian.

Opinions in Montenegro are highly polarized. The country has a large Serbian population, which is more inclined to the Russian side. However, the President of Montenegro expressed severe concern that “the government’s lack of response to the EU’s decision to impose restrictions on Russia is compromising our country as a credible member of NATO and a future member of the EU.” Still, ideological conflicts in the government do not allow Montenegro to pass a law on international restrictive measures against Kremlin.

At the beginning of March 2022, Montenegro has been declared a hostile state by Russia, together with the rest of the EU member states and the US.

Montenegro, which is going through a considerable political crisis and a crisis of polarization in society, shows its fragility in deciding on such weighty matters as the war in Ukraine. Montenegro has found itself in a stalemate, as its president is pro-European and is in favour of imposing sanctions on Russia immediately, while the pro-Serbian Government-in-resignation is against implementing the sanctions.

The end of March 2022 marked critical progress in the political dialogue between Bulgaria and North Macedonia.

The Bulgarian PM, Kiril Petkov, and the PM of North Macedonia, Dimitar Kovacevski, stated that the joint Bulgaria-North Macedonia historical commission had made some progress and political dialogue between countries is also well established. Both PMs also claimed that they want to strengthen cooperation in strategic areas and restore trust between the two countries.

The Joint Historical Commission was set up mainly to address disputed historical issues between Skopje and Sofia. One of the points of contention is the recognition of the ethnic origin of some of the key historical figures that both states recognize as national heroes.

The development of relations between Bulgaria and North Macedonia also concerns Albania. Albania and Northern Macedonia are to start the accession negotiations with the European Union together. However, Sofia’s blockade of Skopje has resulted in a two-years-lasting stuck, which affected Albania as well.

The German chancellor Olaf Scholz said he fears the slow pace of accession negotiations of Albania and North Macedonia. Scholz noted that any delay will make the Western Balkans vulnerable to external influences, and thus the region and the EU must move on.

Super elections show that the Serbian political landscape is changing

Elections on April 3 in Serbia confirmed the position of Aleksandar Vučić and the Serbian Progressive Party (SNS). However, the political landscape in Serbia is changing.

Aleksandar Vučić secured a second term in the presidential seat. At the same time, the Serbian Progressive Party confirmed the position of the strongest party in Serbia – Vučić achieved 58% of the votes to be elected as the president of Serbia, SNS got 43% of the votes and secured a possibility to create the new Serbian government. However, presidential and governmental election results show a decrease in the popularity of Vučić and SNS.

On the other hand, compared to the loss of votes of SNS, the Socialists (SPS) received 11.5% of the votes, making it more than possible that the next government will consist of SNS and SPS. Therefore, the SPS is becoming a more important actor in Serbian politics, as even Vučić´s SNS must rely on their support, though without enthusiasm.

It is also important to mention that far-right nationalist parties have also entered the Parliament because of the lowered threshold, which changed in 2020 from 5% to 3%. As a result, parties NADA, Dveri and Zavetnici all got together 13% of the votes. These parties substitute another right-wing party in the Parliament, replacing the more traditional Serbian Radical Party (SRS). While in 2016, SRS was able to receive 8% of the votes, this time, it was only 2.7%, and the party stayed in front of the gates of the Parliament.