Skip to content
Conference on the Future of Europe (CoFoE) styled discussion: Is Georgia heading to the EU?

Conference on the Future of Europe (CoFoE) styled discussion: Is Georgia heading to the EU?

On July 22, 2022, the team of Strategic Analysis and European Democracy Youth Network (EDYN) Georgia co-organised the Conference on the Future of Europe-styled discussion in the National Parliamentary Library of Georgia in Tbilisi. The event was supported by the International Republican Institute (IRI), the National Democratic Institute (NDI) and the U.S. Agency for International Development (USAID).

The discussion aimed to use the opportunity of the assembled young leaders and experts from Georgia to gather their ideas, suggestions, and recommendations on the Future of Georgia in regard to the European Union under the umbrella of the official platform of the European Commission’s Conference on the Future of Europe.

The event was opened by Mike Honigstein, Acting Deputy Chief of Mission, US Embassy to Georgia and Marie Kikvadze, Vice President  of the EDYN Network – Georgia.

The first part of the event featured a panel of experts and practitioners from Georgia: a more in-depth discussion about Georgia’s European path, featuring:

The panel was moderated by Strategic Analysis Founder and CEO, Jan Cingel.

Then the second part of the event will be a moderated discussion among young leaders and experts from Georgia including the EDYN Network members, about their thoughts and suggestions on the position of Georgia in regard to the Future of Europe/the EU. 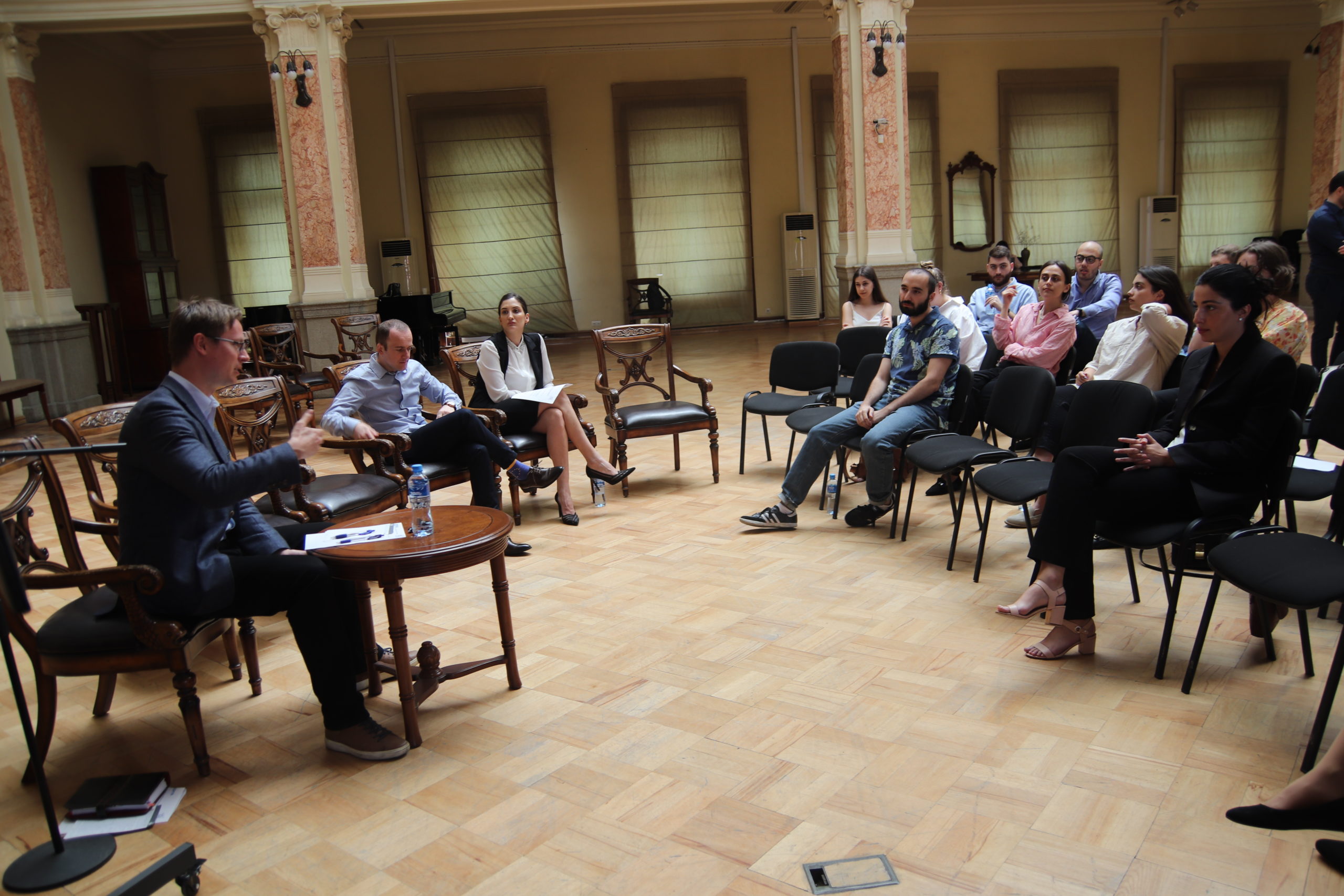 The goal of the event:

In general, a lack of knowledge about the EU leads to misinformation and prejudice. Myths about the EU persist, revealing the continuing need to focus on education and youth in the EU and neighbouring countries. The conference on the Future of Europe is an important milestone for the EU’s member states and states that have been trying to integrate into European institutions for years, including Georgia. The last summit, in June 2022, showed Georgia’s support for the European perspective but did not lead to the invitation to become the candidate country. It is essential that young and active people in Georgia communicate their views on how to improve conditions in their country, which can then lead to the materialisation of Georgia’s EU path through their civic activism and initiative.

The Conference on the Future of Europe is an opportunity that can highlight concrete practices and actions that Georgia can change in order to integrate into the European family as soon as possible.

The aim of the event is to open a new space for debate with citizens to address Europe’s and Georgia’s challenges and priorities and a further opportunity for citizens to express themselves, also learn the lessons from past crises, closely involve citizens and communities, and furthermore shaping Georgia’s future policies and ambitions and improving its resilience.