„The SPS continues to be an essential actor in Serbian politics, as even Vučić´s SNS must calculate with their support.“

Elections on April 3rd in Serbia confirmed the position of Aleksandar Vučić and his Serbian Progressive Party, SNS. However, the political landscape in Serbia has changed, political conflicts could appear in the future, and Serbia has locked itself to dependence on Russian gas.

In the April elections, Vučić achieved 58% of the votes in the presidential elections, SNS got 43% of the ballots in the parliamentary elections and guaranteed the possibility of creating a government. However, presidential and parliamentary elections results show a decrease in the popularity of Vučić and SNS. In 2020, SNS was able to secure 60% of the votes. Consequently, SNS has lost around 400.000 votes in the 2022 elections.

Compared to the loss of votes of SNS, the Socialist Party of Serbia – SPS – received 11.5% of the ballots, making it possible that the next government will consist of SNS and SPS coalition. Moreover, the electoral results have not demonstrated the claims that SPS would decrease its popularity due to the alliance with SNS in the previous coalition. The SPS continues to be an essential actor in Serbian politics, as even Vučić´s SNS must calculate with their support. SPS has been an essential factor in forming governments in Serbia for the last fifteen years. Therefore, their electoral success and increase in significance are not surprising. 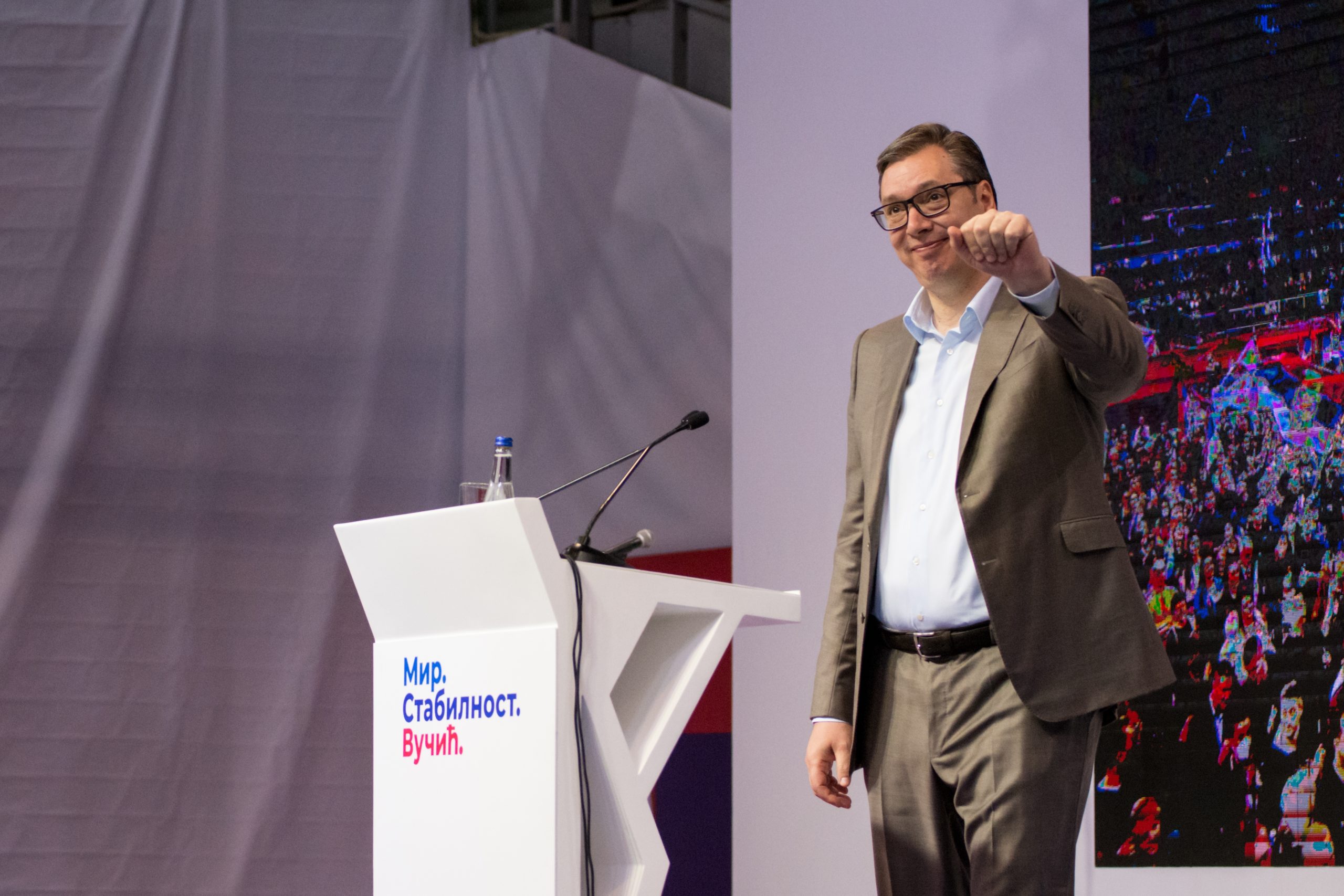 Ivica Dačić from SPS would probably have a say in forming the new governmental coalition, as, without the Socialists, SNS can govern alone but without a robust majority. Nevertheless, it is not expected that SPS would not cooperate with SNS. Its leader Ivica Dačić has confirmed the party is interested in continuing the coalition with SNS. With the predicted support of SPS and the Alliance of Vojvodina Hungarians, SNS could gather the block of 157 seats out of 250 total. It is an unassailable number, but SNS will not establish a two-thirds majority coalition as it managed in the previous electoral term.

However, some politically active figures in Serbia claimed that the SNS-SPS coalition is not secured yet. There were speculations that SNS considered the scenario where SPS would stay outside of the alliance. Instead, smaller right-wing parties might take the SPS´ place, but nothing has been decided for now, and the situation instead favours the SNS-SPS coalition. Although Vučić and Dačić do not have optimal relations, for SNS, the alliance with the Socialists provides at least some level of stability. Despite all the animosities and grappling for voters, these two parties have a history of being in coalitions that survived. Therefore, it is probable that the SNS-SPS coalition will govern Serbia for the four following years.

It is also essential to mention that far-right nationalist parties have reached parliamentary seats too because of the lowered threshold, which changed in 2020 from 5% to 3%. As a result, parties like NADA, Dveri and Zavetnici all got together 13% of the ballots. These parties substitute another right-wing party in the parliament, the Serbian Radical Party (SRS). While in 2016, SRS was able to receive 8% of the votes, this time, it was only 2.7%, and it stayed in front of the gates of the parliament.

„Although Vučić and Dačić do not have optimal relations, for SNS, the alliance with the Socialists provides at least some level of stability.“

„Even though SNS has a problem embodied in a decrease in received votes, the fall of popularity could grow even worse.“

Even though SNS has a problem embodied in a decrease in received votes, the fall of popularity could grow even worse. Far-right parties that reached the parliamentary threshold could be taking votes from SNS and Vučić, as we could already observe in the 2022 elections. Far-right parties do not weaken their nationalistic positions and rhetoric and do not shrink their support of Russia. As Vučić and SNS tend to be less right-wing oriented, it could be their Achilles heel due to the pressure from the EU and Serbian attachment to the EU´s support. If Vučić and SNS plan to keep the possibility of the EU membership alive, they cannot be as “extreme” as mentioned right-wing parties.

On the other hand, even SNS´ probable coalition partner, the Socialist Party of Serbia, might pose a threat to Vučić´s movement. SPS strongly supports Russia, showing a negative attitude towards the European Union or western countries. Therefore, Vučić will have to figure out how not to lose voters who favour Russia and disagree with the EU orientation and simultaneously maintain the vision of joining the EU. However, the question is, are Vučić and Serbian leadership willing to join the EU?

For now, it does not look so. Those who expect a fast turn towards the EU and leave Serbian – Russian relations in history must consider three simple facts.

Firstly the new three-year gas deal with Russia will keep Serbia dependent on Russian gas, covering 89% of domestic Serbian gas needs. Secondly, most Serbs continually support good relations with Russia – according to the polls, 83% of Serbs consider Russia a friendly country. Thirdly, if even wanted by Serbia, the EU membership is too distant and vague. Finally, Serbia would have to recognize Kosovo, which is instead a sci-fi in a current political context, to move on its EU way.

Therefore, due to the current domestic development in Serbia and the reality of international politics, Serbian leadership will nurture stable relations with Russia (and China). Simultaneously, Vučić´s administration will also seek contact with the European Union to ensure investments from western partners and a possibility to orient westwards if something unexpected happens in relations with Russia.

„Due to the current domestic development in Serbia and the reality of international politics, Serbian leadership will nurture stable relations with Russia (and China).“