Monthly review of June and July 2022 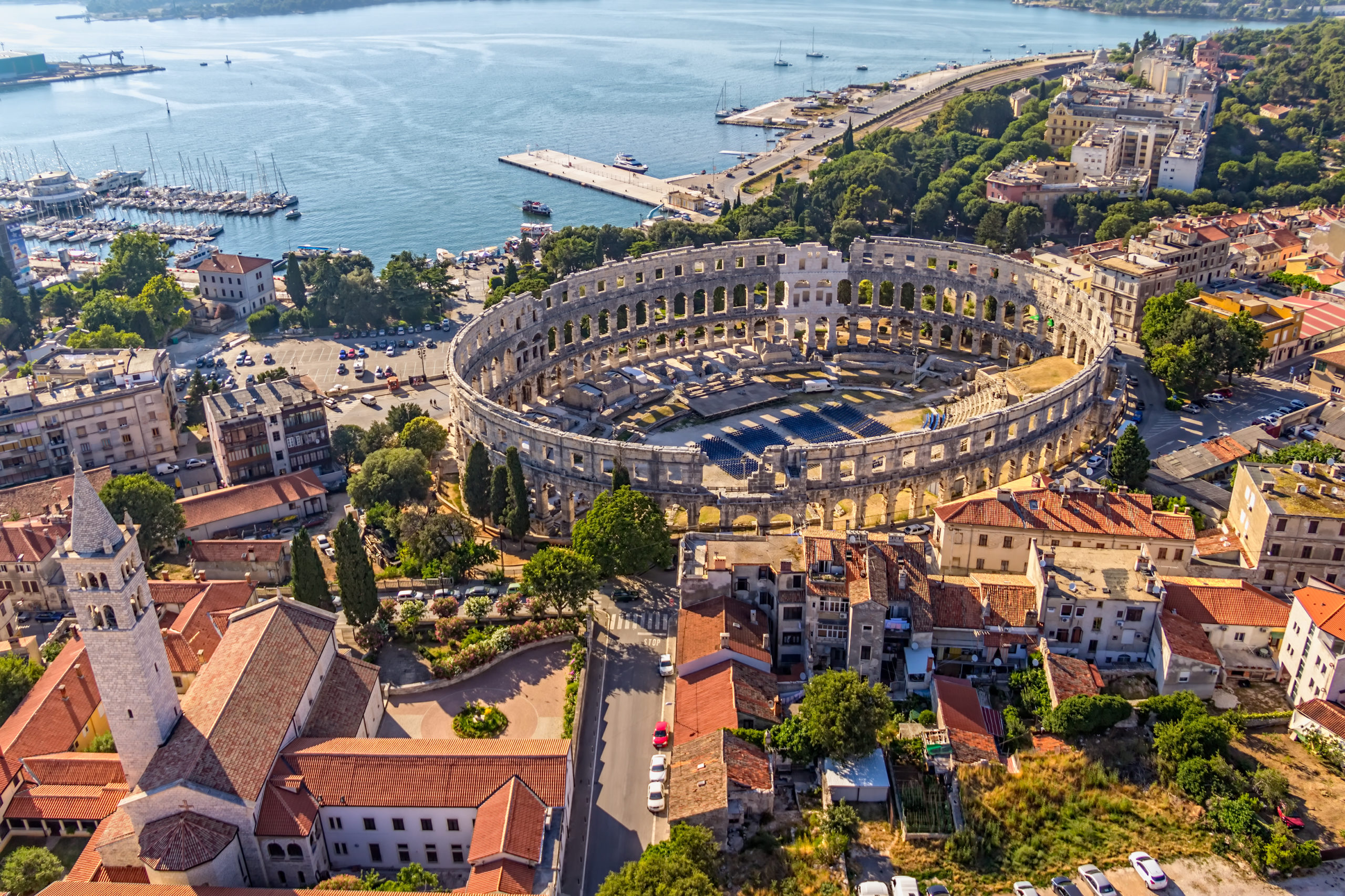 On July 6, Socialist prime minister Edi Rama proposed a new controversial law that will enable people to legalize their undeclared financial assets up to two million EUR. It will be done by paying taxes from 5% to 10% without a condition to reveal the sources of the assets. That will be available not only for the Albanians living abroad but also for those with tax residency in Albania.

Albania has severe problems with organized crime and money laundering, so the opposition criticizes this new law, stating that it will help human traffickers and drug dealers. A similar law was proposed last year, but back then, it was highly criticized by the EU and International Monetary Fund.

The EU Commission is concerned and stated, “the Commission highlighted serious concerns about the current draft law on fiscal amnesty. It would weaken Albania’s anti-money laundering controls while doing little to enhance the tax administration’s ability to improve future compliance with tax requirements”. PM Edi Rama said he is pushing the law to help immigrant workers to legalize their assets from working abroad.

However, the question was raised by the leader of the Democratic Party, Agron Shehaj, if the working people could save up to 2 million EUR. Agron Shehaj thinks that PM Edi Rama is hiding behind these people and secretly trying to protect his allies or even drug dealers involved in financial crimes from criminal prosecution.

On July 1, the declaration, which declared the control over judicial institutions, defence, and security to be returned to the Republika Srpska from the level of the state of Bosnia and Herzegovina, was banned by the Constitutional Court.

Following the announcement of the ruling by the Constitutional Court of Bosnia and Herzegovina, Milorad Dodik told the media that “the entity is going its way and will continue to do what it thinks is best for it.” Dodik denounced the decision as “completely outside the law and the constitution.” He repeatedly claimed he does not see a future for Republika Srpska in Bosnia and Herzegovina.

There is no doubt the crisis would have deepened if the Constitutional Court had ruled in favour of the declaration in question. Moreover, if Republika Srpska does abandon state-level institutions, as threatened, it could jeopardize the country’s security by undermining the army by creating separate bodies under its authority.

Bosnian Serb leader Milorad Dodik, Serbia’s representative in the tripartite presidency, has repeatedly threatened to withdraw from state-level institutions, describing Bosnia and Herzegovina as an “experiment of the international community” and an “impossible, imposed country”. His advocacy gained momentum in the July of 2021 when the international community’s High Representative in BiH imposed a series of laws banning the denial of genocide and war crimes and glorifying those convicted of such crimes in international or local courts.

The Republika Srpska is known to have ignored Constitutional Court rulings in the past, so it seems unlikely that the verdict will affect Dodik’s future course of action. The political crisis in Bosnia and Herzegovina began in 2021 with the adoption of steps designed to strengthen the secessionist drive of Republika Srpska to withdraw from state institutions despite warnings from Western states. The Serb-dominated entity demanded withdrawal from four key sectors – the army, security services, the tax system, and the judiciary.

Croatia as a blocker of justice on war crimes

The Hague War Crimes Tribunal issued its annual report on June 14, accusing the Croatian government of taking “political decisions” to block cooperation with Serbia and Bosnia and Herzegovina in cases from the wars of the 1990s.

Serge Brammertz, chief prosecutor of the International Residual Mechanism for Criminal Tribunals at the United Nations in The Hague, said in his latest report that “regional judicial cooperation remains the most important issue in the former Yugoslavia” in war crimes cases. He also stated that his office had “facilitated a number of positive developments between Bosnia and Herzegovina and Serbia”.

In contrast, cooperation with Croatia has been almost non-existent and very ineffective. For example, BiH prosecutors are waiting for Croatia’s collaboration in more than 80 cases, some of which have been pending for seven years.

Serbia is no exception to the ineffective partnership with Croatia. The latest rift in bilateral relations between Serbia and Croatia erupted when Serbia accused four Croatian air force officers of committing war crimes against civilians.

The Croatian officers are allegedly blamed for ordering an air strike on a convoy of Serbian refugees as part of the Croatian army’s Operation Storm. Both incidents took place on Bosnian territory. However, due to a lack of judicial cooperation, they are expected to be tried in absentia.

Croatia used to be one of the leading states seeking to improve regional judicial cooperation in war crimes cases in the Balkans. However, today, there seems to be no will in the government majority to seek justice for other ethnic groups.

On July 7, Kosovo police removed surveillance cameras in the majority Serbian populated municipality of Shtrepce/Štrpce. It was done so due to the suspicion that the cameras were under the control of Serbian security services.

According to the Kosovo authorities, the cameras monitored the Kosovo institutions and its citizens’ movement and sent the records directly to Serbian security services in Belgrade.

Moreover, Kosovo police raided the nearby elementary school, where the monitoring devices from cameras were allegedly located.

Kosovo police also raided the headquarters of the Serbian parallel administration in Shtrepce/Štrpce, a part of the network of institutions funded and run by Belgrade. According to the Kosovo prosecution, the Serbian parallel administration closely cooperates with Belgrade, which is against the constitution and laws of Kosovo, and therefore commits a crime of “association for unconstitutional activities related to the crime of espionage”.

In its reaction, the Serbian government’s Office for Kosovo stated that the raids were an attempt to harass Serbs in Kosovo. According to Serbian authorities, Kosovo had known about the cameras for a long time and used the opportunity to taunt Serbs in the municipality.

Even though the raids conducted in the Serbian municipality do not pose a security threat, they decrease Serbia-Kosovo relations, as any incident fuels the tensions which have worsened in the last few months. Therefore, improvement in the Belgrade-Prishtina dialogue is not probable, which makes the situation in the region unstable and complicates efforts to stabilize relations between Kosovo and Serbia. 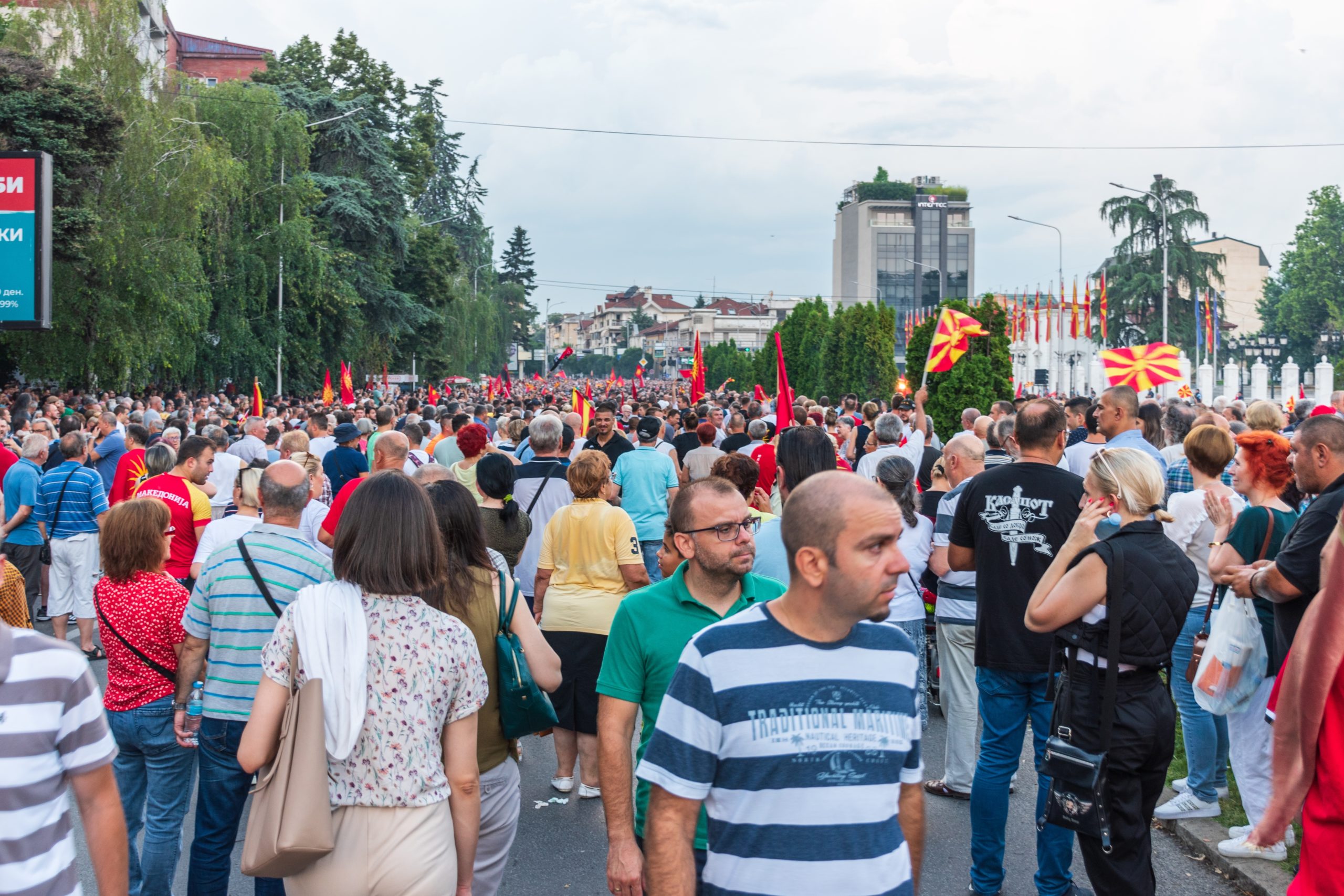 Abazović stated that “this government was formed to promote reconciliation and reform, but some of us have a problem with that. The problem is not the attitude towards the Serbian Orthodox Church but the desire of someone to encourage ethnic and religious differences in Montenegro. Those who cannot promote reconciliation, but seek disputes, can leave this government,” said Prime Minister Abazović.

Finally, he achieved a deal even without government support. The new agreement between Montenegro and the Serbian Orthodox Church (SPC) contains several proposals. Notably, the Serbian Church does not need the government’s permission to relocate the cultural heritage it owns but must abide by the law on protecting cultural heritage.

The government is obliged to register all Orthodox churches and monasteries belonging to the SPC and start the restitution of church property nationalized or confiscated by the communist authorities after the Second World War. Marko Kovać, Montenegro’s Minister of Justice, called on all religious communities to negotiate with the government, promising that no religious community would be privileged.

On the other hand, Montenegro has signed several agreements with smaller religious communities: with the Catholic Church in 2011 and with the Islamic and Jewish communities in 2012. In addition, the Democratic Party of Socialists – DPS of President Milo Djukanović, sought to reach an agreement with the Serbian Orthodox Church during their rule, which lasted almost 14 years.

On July 18, The European Union allowed North Macedonia and Albania to start the accession negotiation about their membership. All the member states have agreed to start talks with both countries after Bulgaria and North Macedonia decided to resolve their disputes.

The primary issue that blocked North Macedonia and Albania from accession talks was the Bulgarian veto, which was imposed in 2020. The case concerned historical and linguistic problems in Bulgaria. As a result, North Macedonia and Albania could not move in the EU integration process, as both countries‘ ambitions to join the EU were treated together (coupling). However, the agreement from July 18 lifted the Bulgarian veto, and both countries could start negotiations with Brussels. North Macedonia could start the negotiations, but the further steps are conditioned by the above-mentioned changes to the constitution and the adoption of Bulgaria’s conditions. This puts the North Macedonia EU integration process in further limbo.

On July 7, Serbia came under critics from the Council of Europe anti-corruption team, which stressed that Serbia must take more serious measures to tackle top-level corruption and corruption in the police.

In its report, GRECO, the Council of Europe’s Group of States against Corruption, claims that Serbia must take more active and effective measures to prevent and fight corruption among public servants, from the president and chiefs of cabinets to police officials.

The GRECO report also states that the authority and role of the Anti-corruption Agency of Serbia must be strengthened, as well as the law on lobbying developed. Also, the report suggests addressing the political influence in the appointment of police officials. GRECO report argues that the selection of police officials is currently impacted by political power, which creates space for corruption and a lack of addressing criminal deeds done by politicians and top-level police officers.

Interestingly, the GRECO report claims that the immunity of parliament members must be reviewed to tackle corruption among politicians, which has been a severe issue in Serbia.

In general, the report proposes to increase and strengthen the authority of institutions that counter corruption, as the current situation does not provide them with the possibility to address top-level corruption, the report claims.

Serbia’s political, police, and top-level corruption has been considered a significant issue. Also, European Commission reports continually repeat that corruption in politics and high positions remains an issue. However, not much has changed to address this issue. Moreover, while top-level corruption is present in Serbia, it also harms its ability to seek EU membership, which according to Serbian officials, remains a Serbian goal.