Monthly review of April and May 2022 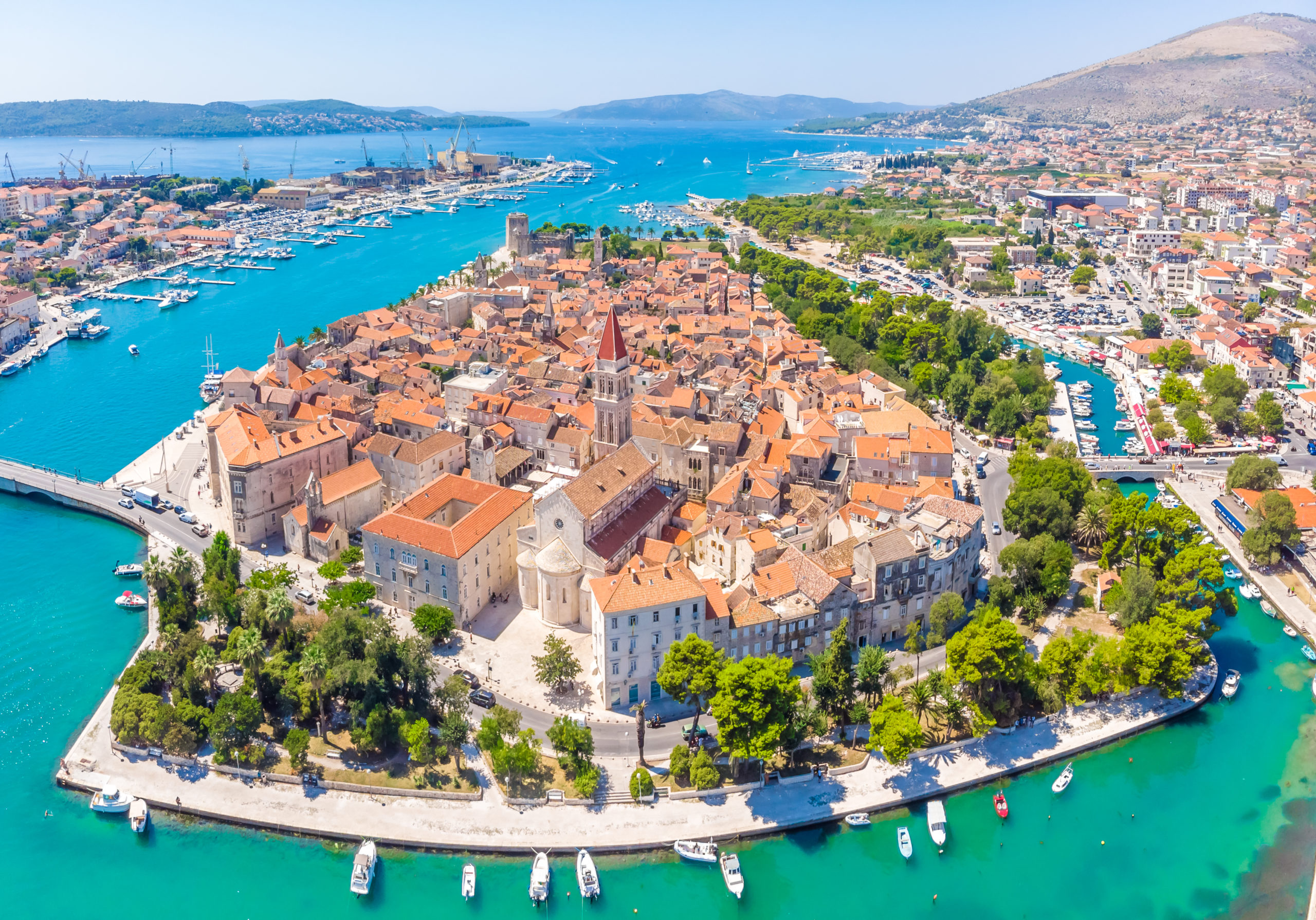 Zelensky asked the Albanian government to ban Russians from the country

On May 3, during the video call with the Albanian parliament, Ukrainian president Volodymyr Zelensky asked Albanian elites to stop the access of Russian tourists and vessels into the country and its ports.

Zelensky expressed gratitude for the concrete steps of Albania to help his country and stressed his understanding of Albania’s economic dependence on Russian tourists.

Most importantly, the Ukrainian president claimed that the Russian interest was to gain political and economic influence in Albania. Consequently, the stream of tourists and vessels from Russia should be limited. In addition, Zelensky argued that Russia aims to achieve power in the Albanian market, which would be used for Russian benefits only.

Zelensky also stated that there could be many soldiers who committed crimes in Ukraine among the tourists coming to Albania. Therefore, Albania should at least control Russians coming to the country.

However, Albanian Prime Minister Edi Rama said the ban on Russian tourists and vessels is not likely to be applied this summer, claiming that Albania cannot substitute the economic benefit from Russian tourists before the summer season. Rama, however, did not comment on the future steps of his country against Russian tourists.

On the other hand, PM Rama notified that Russian aggression in Ukraine is a topic that unifies the whole parliament, regardless of the political orientation of members of parliament. As a member of NATO, the prime minister expressed Albania’s will to continue supporting Ukraine, even though Rama reminded Albanian capabilities to help Ukraine are limited.

Bosnia and Herzegovina and Algeria have opportunities to cooperate

During the meeting, representatives of both countries expressed a mutual will to open embassies to support and strengthen the relations between Bosnia and Herzegovina and Algeria.

Even though both countries have frequent and exemplary ties, representatives of both countries agreed that there is a necessity to increase trade and economic cooperation.

Also, as a tool to strengthen mutual relations, the organisation of a new economic forum was proposed by Turković as a continuation of the cooperation of both countries, which is confirmed by the Energoinvest project in Algeria, for example.

Turković and Algerian officials also stressed plenty of opportunities to cooperate in the tourism field and exchange of goods and metals.

Additionally, as Algeria is a leading gas producer, its leadership plans to increase gas distribution to Europe, according to Algerian officials.  In the light of the current crisis with Russia, Algerian gas could partially supplement gas supplies from Russia in the future.

Algeria and Bosnia and Herzegovina have solid relations. Mutual projects have been realised in Algeria, while Algeria plans to invest in the Balkans. Moreover, as the flow of Russian gas is intended to cease, Bosnia and Herzegovina is looking at Algerian gas as one of the options. However, the agreements about strengthening the cooperation have not been officially signed.

On May 6, Hungarian Prime Minister Viktor Orbán expressed controversial statements about Croatia in an interview with Hungarian state radio.

Orbán stated that “those who have sea and ports are able to bring oil on tankers. If they hadn’t taken it away from us (the sea), we would also have a port”. This statement came regarding the Dalmatian coast, which was once part of the Austro-Hungarian Empire, but now belongs to Croatia, a sovereign member of the European Union.

Orbán expressed his controversial position, arguing that Hungary does not have access to a secure oil supply from the ports on the Adriatic coast. Thus, Orbán said Hungary would need to build a new pipeline leading to the Croatian coast.

This claim came even though Hungary refused to impose a ban on Russian oil. Despite this fact, Hungary is now oriented toward both Russian oil and the possibility of supplying oil from the Croatian coastline.

As a result, Hungary requires Croatia’s guarantees that Budapest would have access to Croatian coastal oil pipeline infrastructure. In addition, Hungary simultaneously asks the European Union to support the construction of mentioned infrastructure financially, claiming it is in the strategic interest of the EU – so that Hungary would diversify the oil supplies, decreasing Hungarian dependence on Russia.

Even though statements of the Hungarian PM might look economically oriented, revisionist claims of Viktor Orbán portray that Hungary has ambitions in the former Austro-Hungarian monarchy regions. From time to time, Romania, Slovakia and Croatia are mentioned by Viktor Orbán, labelling these sovereign countries “lost regions of Hungary”, as in mentioned countries, Hungarian minorities live.

Kurti and Vučić met in Berlin

On May 5, the third meeting of Kosovo Prime Minister Albin Kurti and President of Serbia Aleksandar Vučić took place in Berlin.

This meeting was in the presence of the EU Special Representative for the Belgrade-Prishtina Dialogue, Miroslav Lajčák. The discussion was held about licence plates issues after the Chief negotiators did not reach an agreement. Furthermore, the current dialogue is endangered by the Russian aggression in Ukraine, which has fueled the disagreement between both sides even more. Before the meeting, Serbian and Kosovo representatives met separately with German Chancellor Olaf Scholz.

Vučić´s debate with Scholz focused primarily on Serbian membership in the EU. However, Scholz criticised Belgrade for its position and opinion on the Russian aggression in Ukraine. Scholz reminded Vučić that even candidate countries should align their policies and attitudes with those of the European Union.

After the closed-door dialogue, Chancellor Scholz held a small press conference with Prime Minister Kurti. Scholz declared that he wanted to achieve full visa liberalisation for Kosovo. That will enable people and goods from Kosovo to travel to and within the EU countries.

The Visa liberalisation process has started in 2012 for Kosovo but has not ended yet. Kosovo has met all the EU Visa liberalisation requirements since 2018 and is the last country in the Western Balkans that has not finalised the process. However, Prime minister Kurti reiterated his request to recognise Kosovo by five remaining countries, including Slovakia. The subsequent discussion is planned for May 13 with the Chief negotiators present. 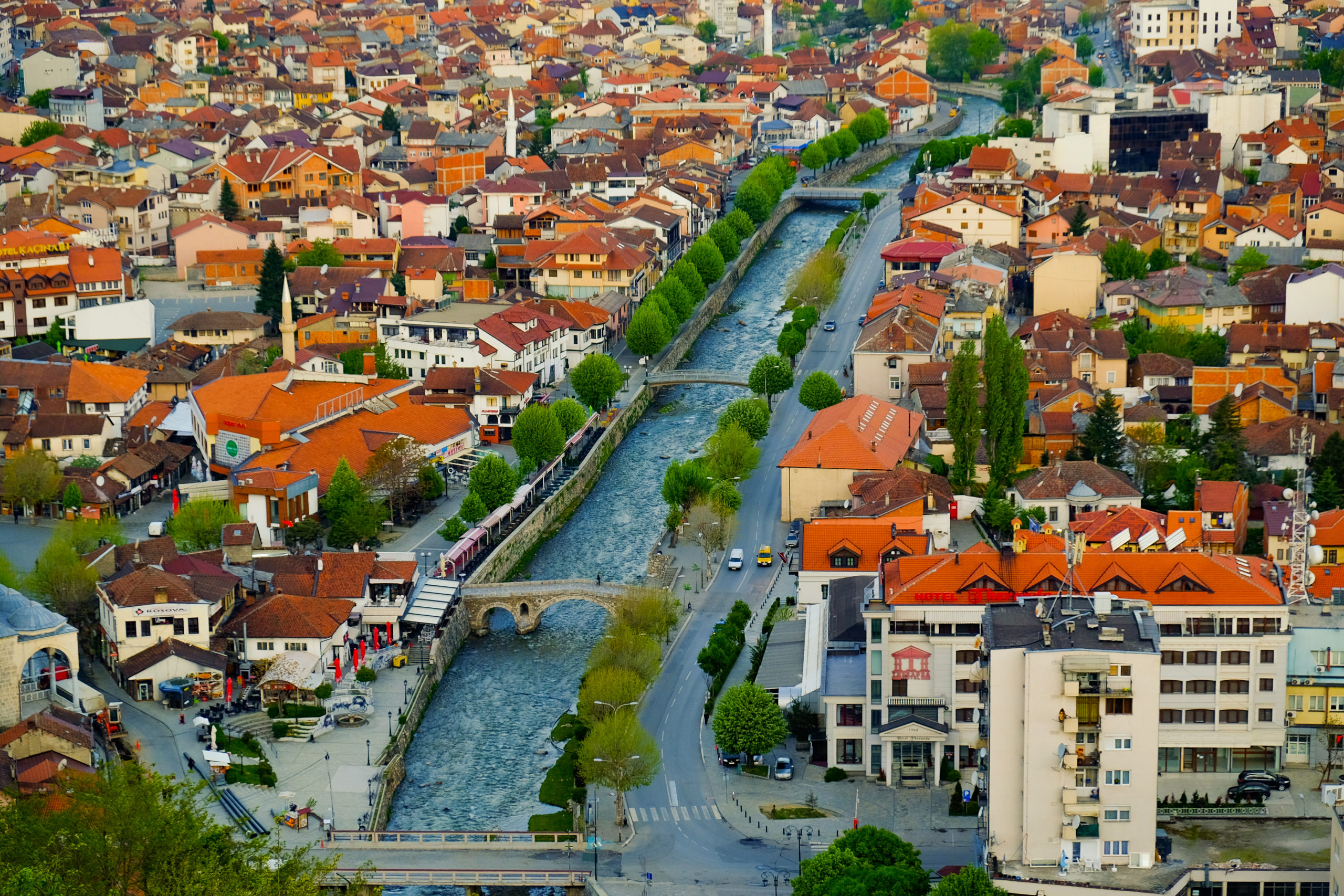 Montenegro: the new government will seek the EU membership

After several months of the political crisis in the parliament, Montenegro has finally reached an agreement on a new prime minister, Dritan Abazović, from the Civic Movement (URA) political party. The election of Abazović brought to an end the three-month interim government of Zdravko Krivokapić, which was foundered in early February 2022 as a result of a no-confidence motion in the parliament.

The URA civic movement and the PM Abazović are not newcomers to the Montenegrin parliament. They were part of a broad coalition back in the Krivokapić’s government, which was criticised for its foreign policy performance in the context of the slow process of joining the European Union and poor handling of the COVID – 19 pandemics.

The new government is composed of mainly pro-European Union and relatively moderate parties.

Nevertheless, the DPS of the current President Milo Djukanovć has supported the ruling coalition, as the DPS’ motivation is to bring Montenegro into the EU structures and decrease Serbian interference in Montenegrin affairs. Also, DPS does not obviously want to be in the ruling coalition after a long time in the governing position. Crucially, DPS has no representatives in the new government, as it was one of the conditions for its support.

The new PM stated he has two main objectives – economic development and unblocking access to the European Union, which is stagnating. Abazović has only a one-year mandate in the minority government, which should prepare Montenegro for the next parliamentary elections in spring 2023.

Montenegro is currently polarised, not only in parliament but also in terms of social division, and Abazović should try to ease them.

According to Montenegrin political commentators, the prime minister’s election has been considered an awaited success. Abazović promises that the country will move forward on the road to the EU, which is linked to opening new chapters in the EU accession process.

On May 10, the North Macedonian parliament rejected the snap elections demand from the VMRO-DPMNE political party. Consequently, the main opposition party is trying to paralyse the functioning of the parliament.

According to VMRO-DPMNE, the blockade results from Dimitar Kovačevski and his failure to show a sense of statehood and refusal of „any opportunity for dialogue over the country’s most important questions“.

The main opposition party claims that the blockade is just the first step. They assert the opposition will hold mass protests against the current government to achieve early elections.

Even though the main opposition party has blocked the parliament, it has expressed a will „to support the bills which are in “people´s interest”“.

The current issue derives from tensions between the coalition and opposition in parliament. However, the problem grew bigger last week when VMRO-DPMNE leaders requested a meeting with PM Kovačevski and relevant political parties to discuss the issues of economy, health, education and international politics, which according to the opposition, have not been improved by the current government.

Also, the hidden demand of VMRO-DPMNE was to hold a snap election as quickly as possible. As a result, the proposal for a meeting was refused by Kovačevski, and the crisis began.

Even though the parliamentary blockade poses an issue for North Macedonia, it is not the first time a political party has blocked parliament. VMRO-DPMNE had often practised boycotts and blockades of decision-making since 2017, when the party lost the ruling power and had to take the opposition seats in parliament.

The HQ-22 missile system consists of a radar vehicle and three launchers equipped with four missiles. Each of them can hit six air targets at the same time. The Chinese military began using it in 2017. Serbian General Mojsilović stressed that Serbian airspace would be safe thanks to Chinese missiles.

Serbia signed the contract for the missiles in 2020 under a contract that also included the delivery of a Chinese CH-92 armed drone. However, Chinese Foreign Ministry spokesman Zhao Lijian told reporters that the missile supply has nothing to do with the current situation.

Serbian President Aleksandar Vučić said at a military exercise at Batajnica Airport that “Chinese missiles and other recently delivered military equipment are not a threat to anyone and are just a powerful deterrent against potential attackers”. He also said that “we will no longer allow being a punching bag for anyone”, referring to a NATO bombing of Belgrade in 1999. According to Vučić, Serbia is also negotiating the purchase of French Dassault Rafale multi-role aircraft and British Eurofighter Typhoon fighters.