Armenian PM retracts from his promise of snap elections

The ruling My Step faction of the Armenian National Assembly announced on 7 February. It will not pursue early parliamentary elections, retreating from Prime Minister Nikol Pashinyan’s stated commitment to holding snap elections in 2021.

“The prime minister’s proposal to hold snap parliamentary elections did not receive a positive response from the parliamentary opposition. There was no demand for the early elections among the general public, either,” reads the statement released by the ruling My Step coalition on Facebook.

Opposition parties criticised the announcement, declaring that their support for early elections following the resignation of the PM and his administration has been steadfast since the end of the war. Armenian Revolutionary Federation (ARF) Supreme Council of Armenia Chairman and coordinator of the Homeland Salvation Movement Ishkhan Saghatelyan expressed that there are three reasons behind the refusal to hold early elections. The first is that the PM recognises that he would not win re-election. The second is that members of his party, whom he claims received their positions by riding into government on his coattails, feel the danger of losing their parliamentary mandate. The third is that the PM perceives that the opposition movement has died down, writes Armenian weekly.

Although regular protests calling for Pashinyan are being held in Yerevan, they have remained limited in size in part because there is no clear alternative for a new prime minister. “If the people wanted snap elections, they would take to the streets,” said My Step member of parliament Hayk Konjoryan in an 8 February interview with RFE/RL. “In meetings with us, many people are asking us not to hold snap elections.”

Yet, not everyone agrees with such an assessment. “What metrics did they use to measure the public demand?” asked journalist Karine Ghazaryan on Facebook. “Facebook surveys are not a basis.” “Imagine you can’t visit parts of the country you claim to govern because the local population and local mayors won’t allow you, and yet you harbour the illusion you can be a country’s leader,” tweeted Artyom Tonoyan, a scholar at the University of Minnesota, in response to the My Step announcement. “The audacity of it all.”

Pashinyan promised an early election at some time in 2021, back in December 2020 after he has been badly weakened by the loss in the war, with his political standing apparently only diminishing since then. As Eurasianet reminds, “in one vivid episode”, the PM attempted to travel to southern Armenia to meet with residents of villages newly abutting Azerbaijani forces but was forced to turn back when angry residents – including local officials – blocked the way.

My Step’s announcement came shortly following the declaration by Robert Kocharyan, a former president and Pashinyan’s main political foe, that he intended to contest the upcoming elections. “Yes, we will run, we will fight, and we will win,” Kocharyan told journalists at the end of January.

Whether or not Kocharyan was a viable candidate, his reentry into politics may have accelerated the prospect of snap elections in a way that made the ruling party uncomfortable, said political analyst Aghasi Yenokyan, a frequent Pashinyan critic. “Kocharyan’s announcement could have prompted others in the opposition to get in line with elections, whether with him or separately, and the pre-election campaign would have been kickstarted,” he said in an interview with a news website Yerevan Today, writes Eurasianet.

On 10 February, the European Union notified the Republic of Armenia about completing the ratification process by the EU and its Member States of the Armenia-European Union Comprehensive and Enhanced Partnership Agreement (CEPA). The Agreement will fully enter into force on 1 March.

„The effective implementation of the Agreement will bring tangible results to our citizens by promoting democracy, political, economic and social stability through extensive reforms“, reads a statement released by Armenia’s Foreign Ministry.

The Agreement outlines wide-ranging bilateral co-operation, including in economic, legal, and scientific spheres and will regulate Armenia’s relationship with the EU alongside the Partnership and co-operation Agreement (PCA) signed in 1996. It also promotes co-operation in the energy sector, aiming to develop renewable energy in the country and safe decommissioning of the Metsamor nuclear power plant. The Agreement also includes the eventual possibility of creating a visa-free regime between Armenia and the EU.

Political analyst Eric Hacopian told OC Media the ratification of the CEPA agreement cannot and will not change the Armenian public’s low opinion of the EU, which he said, “lost this country in those 44 days [of the conflict in Nagorno-Karabakh] last year due to its inaction”.

As for Armenia’s other geopolitical commitments, Hacopian said that since Armenia does not aspire to become an EU member, there should be “no great contradiction between whatever good can come out of this agreement and [Armenia’s] deepening or ongoing relationship with Russia”.

The National Security Service (NSS) of Armenia has banned journalists from working in the Syunik Region’s border villages without special permits. Local journalists claim the ban is unconstitutional and points to possible new territorial concessions from Yerevan, reports Caucasian knot.

The situation in Syunik radicalised after works began on the demarcation of the Armenian-Azerbaijani border following the recent war in Nagorno-Karabakh and the transfer of the „buffer zone“ around the region to Azerbaijan’s control. In this process, residents of several villages in the Syunik Region of Armenia lost their farmlands and houses. In this respect, NSS has explained that the new restrictions were introduced because of security concerns and works on the border of the region.

The reasons for the restriction of their work in the Syunik Region were not explained to journalists, Satik Seiranyan, the head of the Armenian Union of Journalists, has noted. According to her version, authorities were not happy with reports on border villages‘ problems. Ms Seiranyan has added that there is an opinion that the restrictions for journalists have to do with „new territorial concessions“ in the Syunik Region. This has, however, not been confirmed by the official sources. 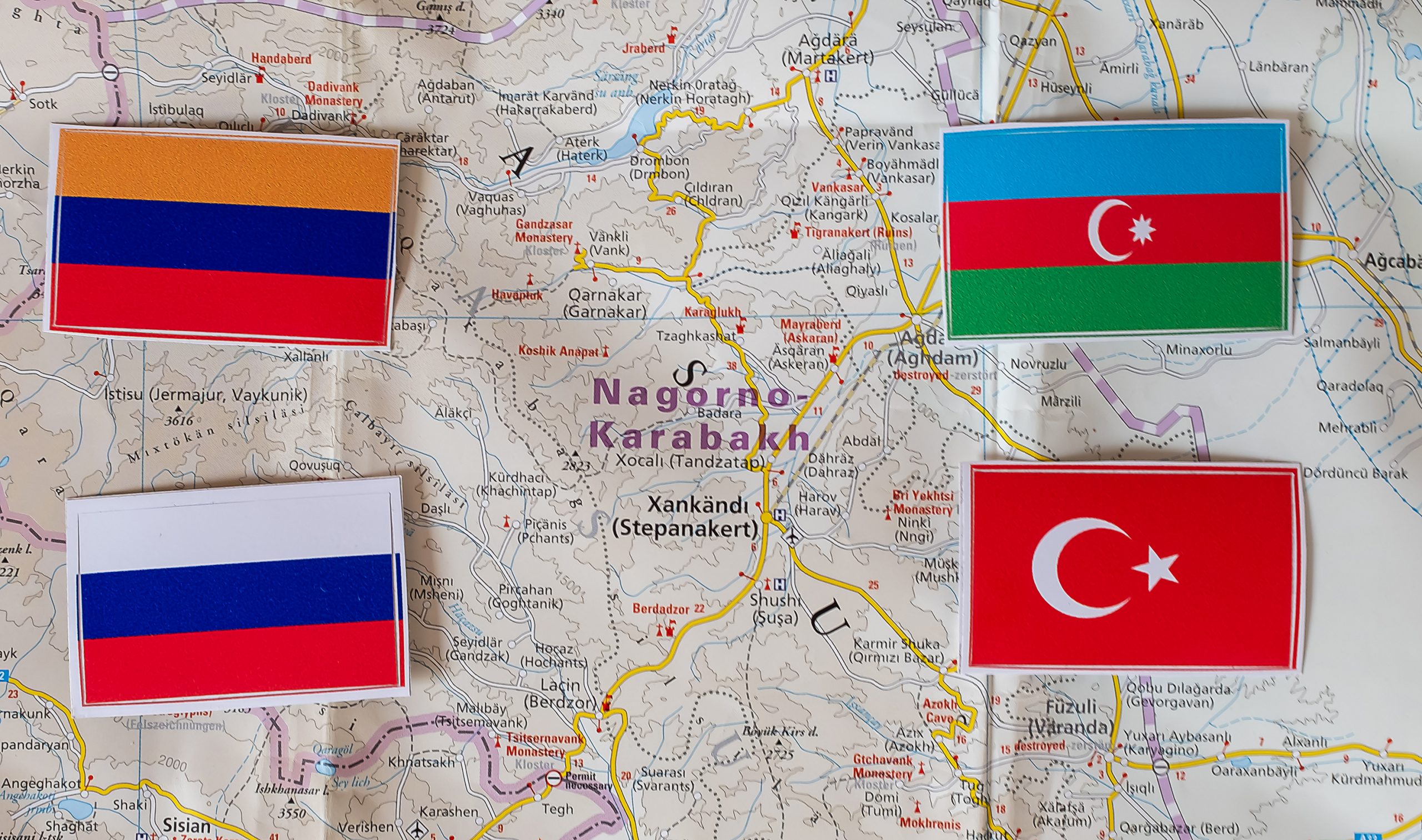 The National Assembly of the unrecognised Nagorno-Karabakh Republic submitted a bill on the recognition of the Russian language as the official language along with Armenian. The document, signed by President Arayik Harutyunyan, has been published on the parliament’s website, informed Russian agency RIA Novosti.

The document stipulates that office work in the republic will be conducted in Armenian and, if necessary, in Russian; the publication of printed publications in two languages, textbooks and manuals, reference books, scientific and methodological and popular science literature will be encouraged.

The authors of the bill explain the introduction of the second official language by the need to form a new agenda, taking into account the „cultural, military, economic relations“ between Nagorno-Karabakh and Russia, historical memory and the fact that for many residents of the republic, Russian is the second language.

„The long-term presence of Russian peacekeepers in Artsakh, the awareness of the need to jointly solve numerous social and communication problems, co-operation in the spheres of construction, healthcare, education and science requires a reassessment of the role of the Russian language,“ reads the document.

Meanwhile, several experts informed on social media, foreign journalists are being denied entrance to parts of the Nagorno Karabakh currently under the control of Russian peacekeepers. 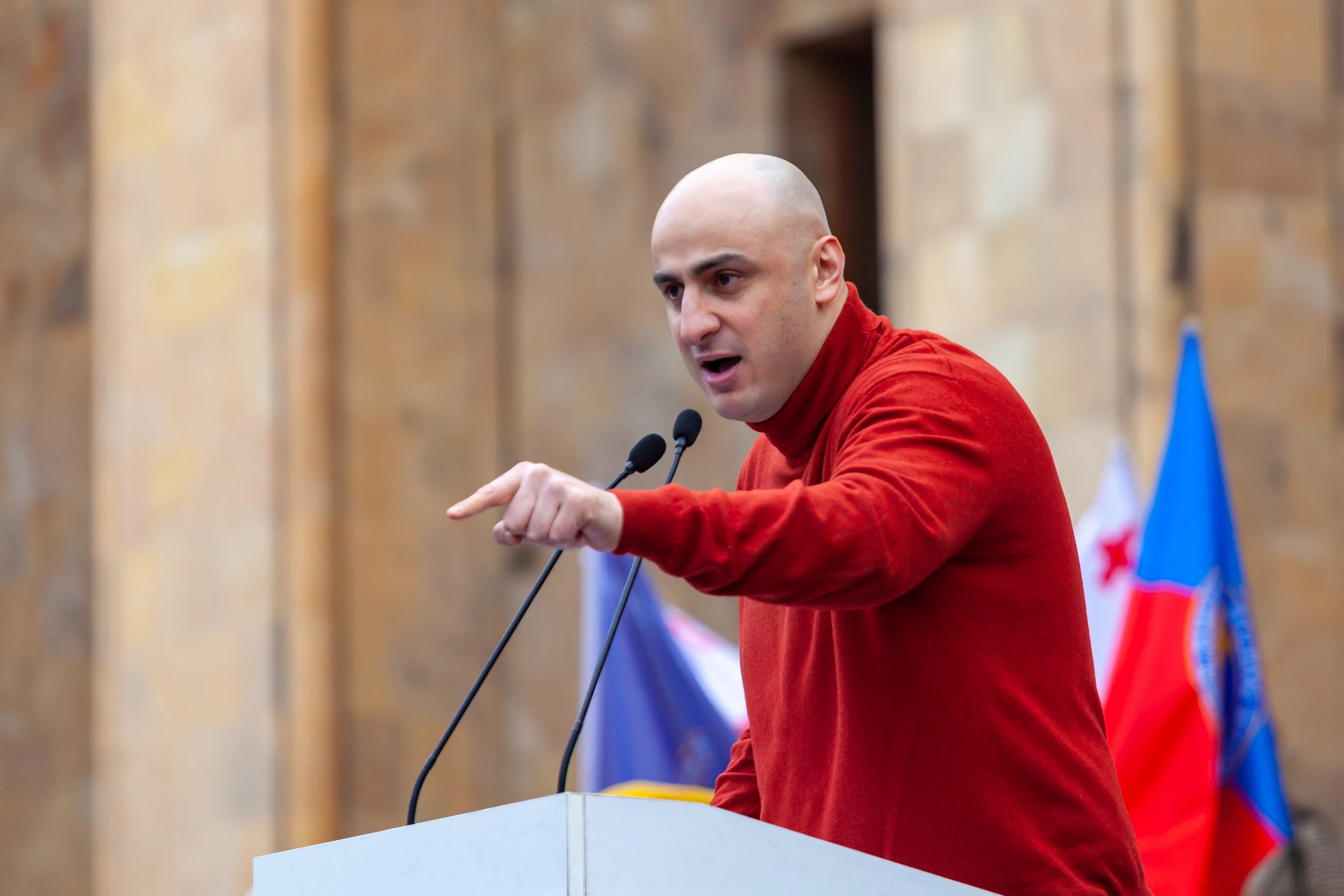 “Unfortunately, I could not make an agreement with the ruling party (that it was not the right time for Melia’s detention) and have decided to resign. I hope that my step will help to decrease polarisation and rivalry inside the country, which poses serious threats to Georgia’s future,” Gakharia said. He added that while Melia had “never respected the law” and called “for the storming of the Parliament” on 20 June 2019, the decision to detain him poses unacceptable risks, and unduly complicates the task of economic recovery and the management of pandemic.

In reaction to Gakharia’s resignation, GD has nominated Defense Minister Irakli Garibashvili (39) for the premiership. Garibashvili served as prime minister of Georgia between November 2013 and December 2015. As Agenda.ge reminds, in his resignation address in 2015 Garibashvili claimed that “posts are temporary. The only thing permanent is God and the homeland. So I have decided today to leave my post”. Garibashvili returned to Georgian politics in March 2019 as the political secretary of the Georgian Dream-Democratic Georgia party.

Gakharia served as a Georgian PM from 8 September 2019.

Court sends the leader of UNM to pretrial detention

The Tbilisi City Court satisfied on 17 February 2021 the prosecution’s motion to send the opposition United National Movement’s (UNM) Chairperson Nika Melia to pretrial detention after he refused to pay increased bail of GEL 40.000 (10.000 euro). Melia is charged with heading mass violence during the protest during the night of June 20-21, 2019.

The opposition leader was released on 30.000 GEL (7.500 euro) bail on 27 June 2020. However, Melia violated his bail’s conditions by publicly removing his surveillance bracelet, and 40.000 GEL was added to his bail in November that year.

„The verdict destroys everyone who follows the right path, everyone who rose their voices on Rustaveli avenue on 20 June 2019; everyone who was not frightened and who fought against injustice manifested by Gavrilov and the Georgian government. Young men and women did not close their eyes when they were shot rubber bullets. We maintained dignity and freedom at the expense of losing our eyesight back then. They are now trying everyone who supports the developed state,“ Melia declared in reaction to the verdict.

UNM chairman called on other opposition forces to put their differences aside. He stressed that there is “no more partisan politics” in Georgia, but the two sides oppose each other – one standing for “the interests of the Georgian national movement” and the other – for the interests of the Russian occupation forces, and Bidzina Ivanishvili, the Georgian Dream’s founder and patron.

As civil.ge reminds, EU Ambassador to Georgia Carl Hartzell warned earlier today that the case will have a “wider impact” on the political developments in the country, as the talks on resolving the post-election impasse have been stalled for two months.

Davit Bakradze, the chair of the opposition European Georgia party, announced on 12 February he will not seek re-election as the party chairman during spring congress, after its showing of poor results in the October parliamentary elections.

“After much deliberation, I have decided not to run for the post of party chairman at the next convention of the European Georgia, which will be held no later than May, when the election of party officials will take place according to the regulation. I think that my 4 years of work in European Georgia was successful and good for this party. Staying for another 4 years in the opposition will be bad, but we have to get used to that, the word “European” is not just the party’s name. Europeanness means internal competition, constant renewal, and I want to be part of that”, said a senior politician who led the party since May 2017.

Following Bakradze, European Georgia’s Secretary-General, former Tbilisi Mayor Gigi Ugulava spoke to journalists, saying he will not run for his post at the upcoming party congress either, adding he will remain in the party in case of its renewal.

Another senior representative of the party Giga Bokeria said at the same briefing that while he respects Bakradze’s and Ugulava’s decisions, he does not reckon “this is the right time for [the party’s] leaders to step down.” “I plan to remain active in politics,” Bokeria added.

In reaction to the poor performance of European Georgia in the October 2020 parliamentary election, two senior representatives of the party announced their decision to leave it. First to quit was Elene Khoshtaria , who announced on 28 December that she intended to establish a new political platform. Zurab Tchiaberashvili, another ex-Tbilisi Mayor and former Health Minister, unveiled his decision to quit the party on 12 February.

The European Georgia party split from the United National Movement, the party of ex-President Mikheil Saakashvili, in early 2017, following the 2016 parliamentary elections. The party participated on 31 October 2020, in parliamentary elections independently for the first time and garnered 3.79%, that is, five parliamentary mandates, lagging far behind the ruling Georgian Dream party and the UNM.