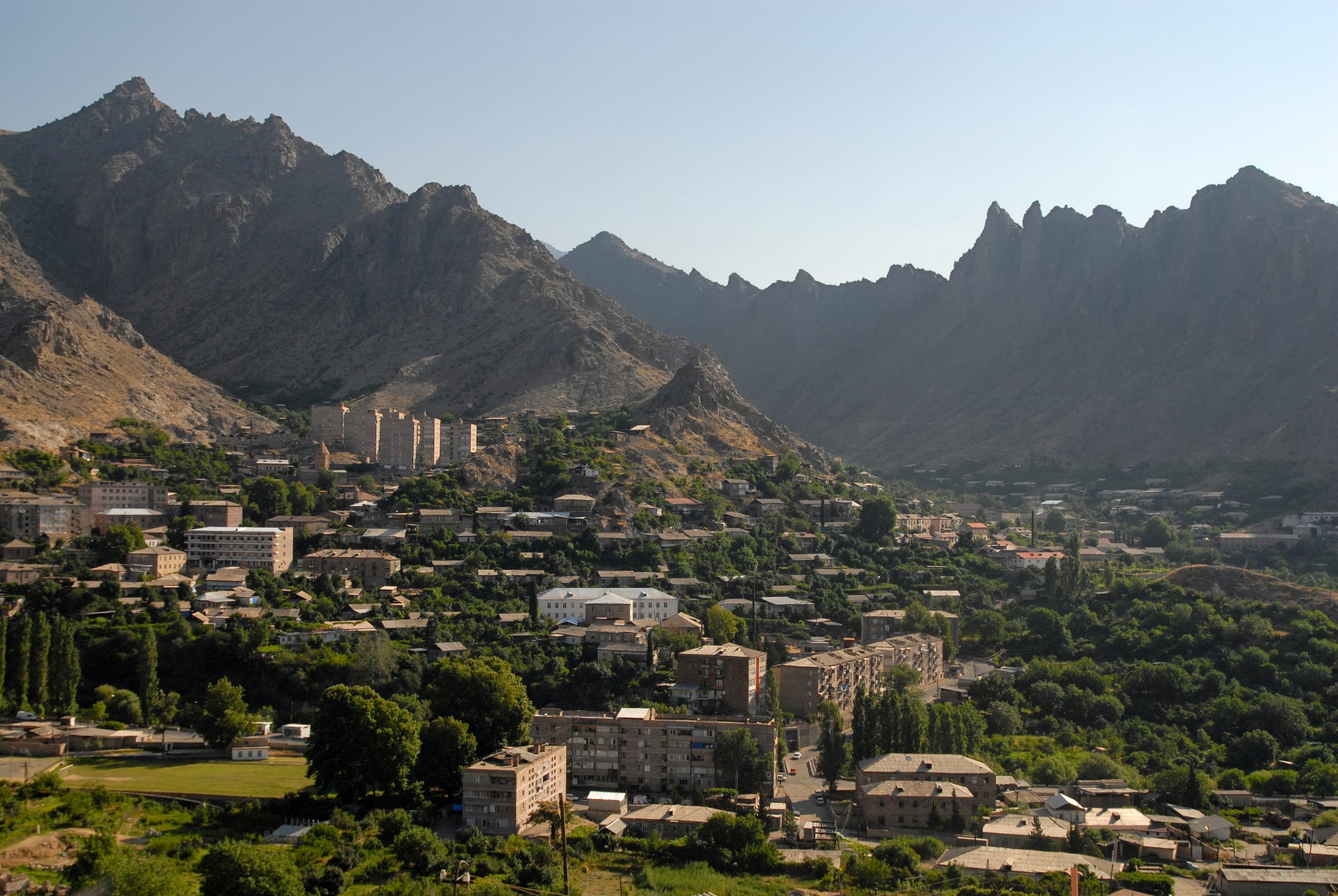 US President Joe Biden has recognised the mass murder of approximately 1.5 million Armenians in the Ottoman Empire during the First World War as genocide.

„Each year on this day, we remember the lives of all those who died in the Ottoman-era Armenian genocide and recommit ourselves to preventing such an atrocity from ever again occurring,“ Biden said in an April 24 statement that was released on the Armenian Genocide Remembrance Day. „We honour the victims of the Mets Yeghern (Armenian term for the genocide) so that the horrors of what happened are never lost to history. And we remember so that we remain ever-vigilant against the corrosive influence of hate in all its forms,“ Biden added.

Although unnamed US official claimed the move was not meant to blame modern Turkey, Turkish Foreign Minister Mevlut Cavusoglu immediately criticised Biden’s statement. „Words cannot change history or rewrite it. We will not be given lessons on our history from anyone. Political opportunism is the biggest betrayal of peace and justice. We completely reject this statement that is based on populism,“ reads Cavusoglu’s statement on Twitter.

With the formal acknowledgement, Biden followed on his campaign promise that if elected, he would take the largely symbolic step that marked a break from his predecessors.

As OC Media reminds, there is a near consensus among historians outside of Turkey that the 1915 mass killing and deportations of Armenians along with other Ottoman Christian minorities constitute genocide. As of 2020, governments and parliaments of 32 countries, including Germany, France, Italy, Canada, Russia, Slovakia and Brazil, have formally recognised the Armenian Genocide.

Armenian PM Nikol Pashinyan said in his address on April 25, he will step down to trigger snap parliamentary elections. He will still carry out the responsibilities of the acting head of government.

Pashinyan had been facing calls to resign since the last November when he agreed to a Russian-brokered ceasefire that halted six weeks of fighting between ethnic Armenian and Azeri forces over the Nagorno-Karabakh region.

Mkhitar Zakaryan, mayor of Meghri, his deputy and 25 other protesters who thwarted the visit of Armenian Prime Minister Nikol Pashinyan to the Syunik region, were accused of hooliganism on April 26.

The residents of the Syunik Region advocating the resignation of the Armenian Prime Minister blocked on April 21. the way for Nikol Pashinyan’s motorcade; and forced him to leave the city of Agarak. Protesters accused the Prime Minister of intending to transfer the Megri corridor to Azerbaijan.

Video reports showed local residents swearing at Pashinyan, branding him a „capitulator“ and „traitor“, and demanding that he leave their community as he walked through Agarak, a small town on the Armenian-Iranian border. „You are the capitulators,“ Pashinyan shouted back. „We are going to sort this out as well. Dear people, I apologise to you for these types,“ he said, appealing to other Agarak residents through a megaphone. A brawl ensued between supporters and opponents of the prime minister, but the police managed to separate the parties.

Law enforcement agencies detained a number of protesters, including the heads of large communities in Syunik. „The atmosphere of impunity must not be allowed in Armenia“, the head of the Armenian government noted. 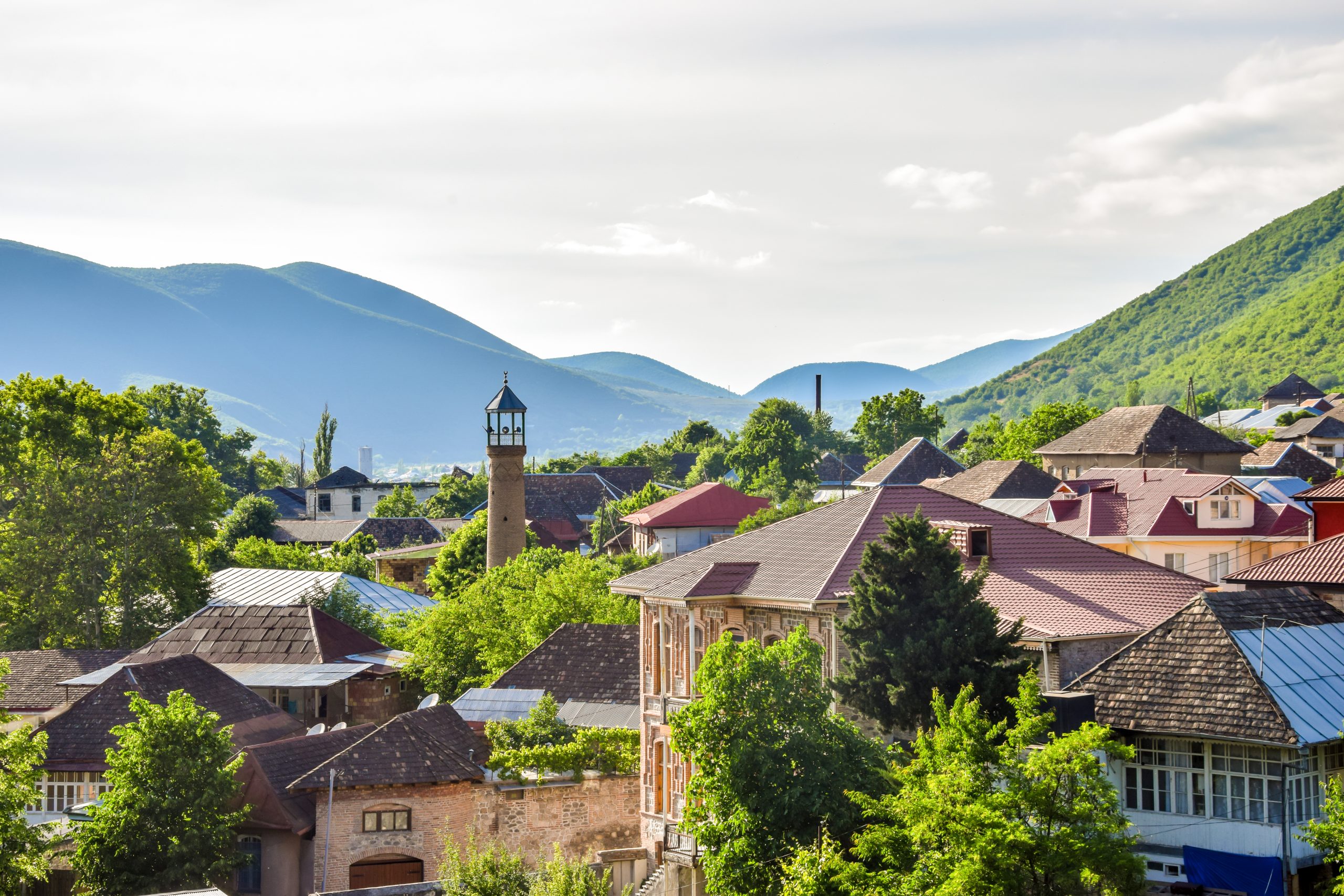 Both the European Union and Parliamentary Assembly of the Council of Europe (PACE) have recently urged Azerbaijan to release Armenian POWs.

The PACE Monitoring Committee has made a statement, expressing its concern over the fact that not all persons detained in the context of the recent Nagorno-Karabakh war have been exchanged. It called on Azerbaijan to ensure that all Armenian detainees are released without delay into the care of the Armenian authorities.

The issue of the Armenian POWs, who are currently in the Azerbaijani captivity, has been discussed at the PACE political groups on the sidelines of the Committee’s spring session on April 19. The issue has also been addressed in the PACE plenary session on April 20.

Delegates from Azerbaijan, Turkey and Russia voted against the inclusion of the issue on the PACE session’s agenda. As Arka.am explains, according to some experts, Russian delegates voted against it because the issue of Armenian prisoners was submitted in a package that also included Russian opposition leader Alexei Navalny’s issue.

On April 29, the EU followed suit calling on Azerbaijan to free all Armenian soldiers and civilians „regardless of the circumstances of their arrest“.

Under the terms of that ceasefire, Azerbaijan has so far released 69 Armenian civilians and military personnel who had been detained. While the Azerbaijani government admits that it still holds 62 Armenian military personnel captured in skirmishes that occurred in mid-December, more than a month after the ceasefire had been signed, it designates these people as „members of a sabotage-terrorist group, sent by Armenia to the territory of Azerbaijan“ who „in no case can be considered prisoners of war“. The Armenian side denies these claims and sets the number of its POWs held in Azerbaijan as high as around 200.

Turkey’s President Recep Tayyip Erdogan has ratified the Agreement on Cooperation in Energy and Mining signed on April 22, 2020, with Azerbaijan, according to Turkey’s Official Gazette.

This agreement aims to promote the development of bilateral scientific, technical, technological, legal, administrative and commercial cooperation between the parties in the fields of energy and mining, primarily in the areas of renewable and clean energy and energy efficiency, organisation of production of energy. 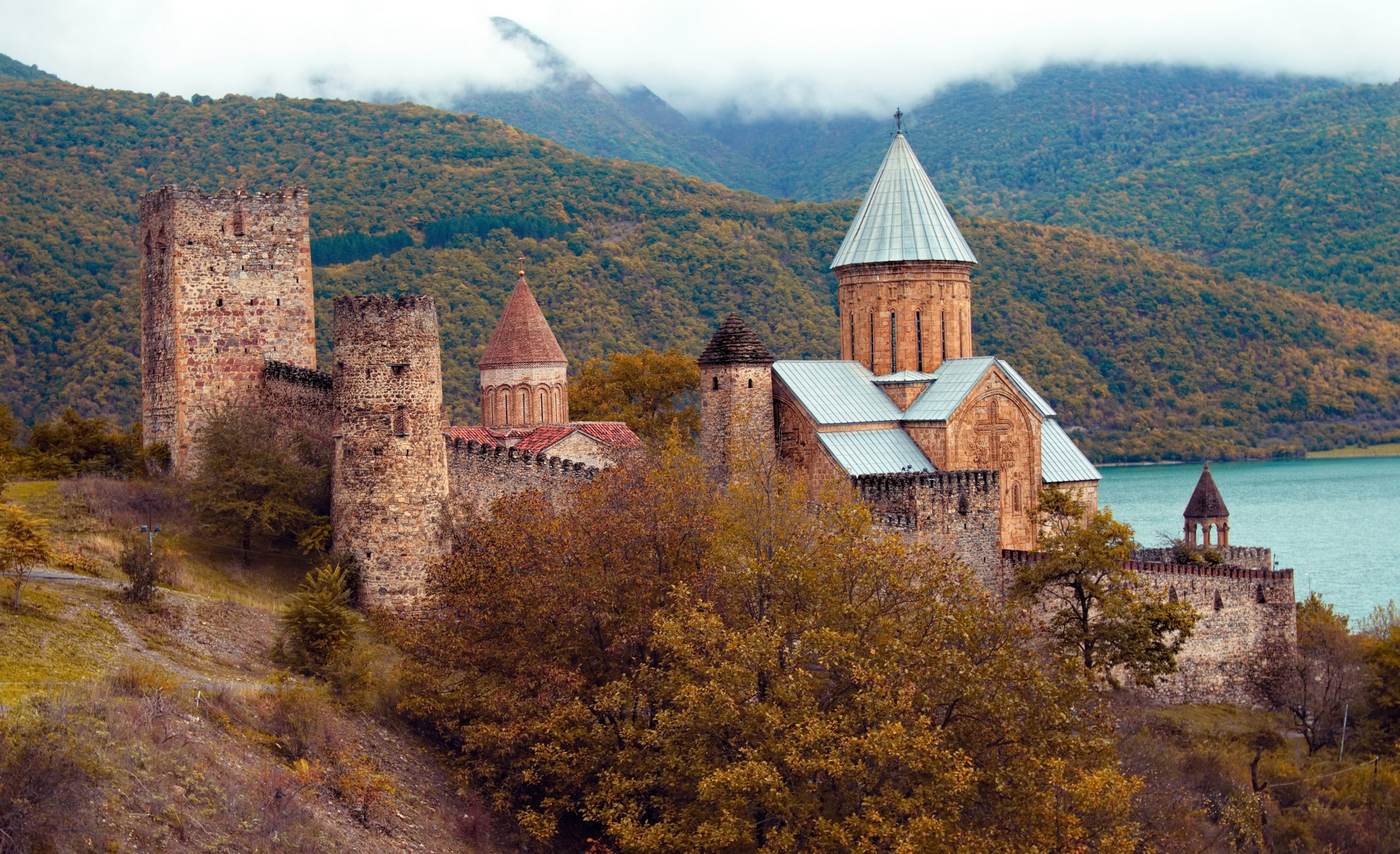 Most of Georgia’s opposing forces have on April 18 Signed the EU-mediated agreement aimed at ending almost 6 months of political crisis. Following previously unsuccessful attempts, President of the European Council Charles Michel presented on April 18 a new package of proposals to the Georgian political parties.

The document is called „The Path of the Future for Georgia“ differs in several important details from the last document, which was presented to the opposition on March 31 by the representative of Charles Michel Christian Danielson.

Concerning the cases of alleged political prisoners Nika Melia, Chairperson of the United National Movement (UNM), and Giorgi Rurua, the shareholder of pro-opposition Mtavari Arkhi TV, the proposed document states: „The signatories commit to addressing, within one week of signing this agreement, the two cases of perceived politicised justice, either by an amnesty and/or by taking such steps as to produce an equivalent outcome.“

Representatives of all opposition parties arrived at the office of the EU delegation on April 18. Finally, Lelo, Agmashenebeli’s strategy, Republican Party, Girchi and Citizens signed Michel’s document, followed by several individual politicians from other parties. Later, the ruling party issued a statement saying that the government was „ready“ to consider Michel’s proposals.

From the UNM, the largest opposition party, only MP Salome Samadashvili, has signed the agreement individually. The remaining UNM MPs seem to be abstaining from signing, as both Nika Melia, detained party chairperson, and Mikheil Saakashvili, former President, UNM’s leader-in-exile, condemned the proposal.

The opposition European Georgia (EG) and the Alliance of Patriots (AoP) also refrained from signing the deal. Giga Bokeria, the freshly-elected Chairperson of the EG, blamed the signatories for „inconsistency,“ stating that the opposition „should have expressed the same strong position as it did regarding the original agreement.“

As Civil.ge explains, this brings the number of sitting MPs in Parliament to 112, which is one short of the number of 2/3 constitutional majority in the 150-member Parliament.

According to the agreement itself, the two cases of „perceived politicised justice,“ including that of Nika Melia and Giorgi Rurua, must be addressed in a week’s time „either by an amnesty and/or by taking such steps as to produce an equivalent outcome.“

„European and American diplomats got the ruling Georgian Dream party to agree to release Melia via a broad amnesty law. The law would have to be introduced by the ruling party and passed by the Parliament, which is now nearly exclusively made up of the ruling party as the result of an opposition boycott. Some opposition groups and figures have supported the deal and agreed to end their boycott, but the UNM itself has refused to endorse the deal and insists that Melia be released immediately“, writes Eurasianet.

The Georgian Dream argues that Melia can leave jail before the amnesty goes into effect if he pays bail that the court has ordered. But Melia refuses, claiming that the case against him is politically motivated. „Good luck waiting for me to pay you the ransom,“ Melia said in an April 20 Facebook post from jail.

Melia later declined the offer from European diplomats that the EU will pay the bail via an unnamed non-profit group to end the crisis. Another alternative put forward by small opposition Lelo party claiming that the European Parliament members might step in as guarantors, vouching for Melia if he is released was acceptable for UNM but declined by the ruling Georgian Dream.

Giorgi Rurua, one of the founders of independent TV company Mtavari, whom the Georgian opposition also considers a political prisoner, was pardoned by the president on April 28. His release was an important part of an agreement to resolve the political crisis reached by the Georgian authorities and opposition through the mediation of Western diplomats. „I welcome the implementation of the first stage of the agreement! For my part, I kept my word and signed the pardon act!“ said President Salome Zurabishvili on April 27.

At a joint press conference in the Parliament, Salome Samadashvili, the sole United National Movement MP who entered the legislature, said, „today we will see a release of one political prisoner, Giorgi Rurua, and in the coming days I hope we will see freed Nika Melia.“ „This will enable the whole opposition spectrum to sign the agreement, and we can then work together to implement the agreement,“ she added. 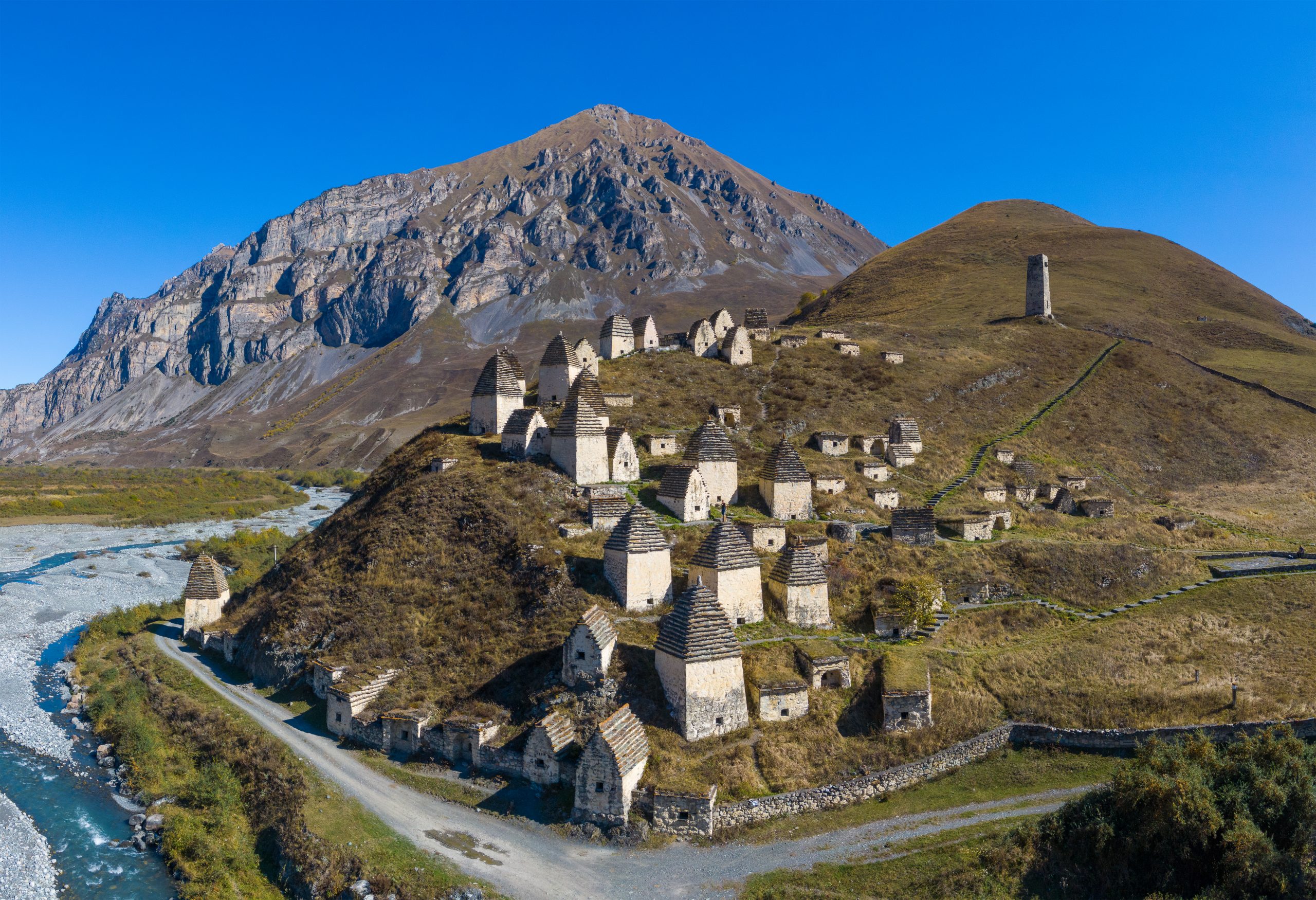 North Ossetia has adopted the law, allowing children to be given surnames based on Ossetian cultural traditions. Activists believe it can help to strengthen the Ossetian language and culture.

Due to the new legislature, „with different surnames of the parents, by their agreement and taking into account the Ossetian national and cultural traditions, the child is assigned a surname, which is formed from the surname of the father or mother by adding to the base of the surname the endings‘-ty‘,‘-ti‘,‘-on‘,‘-an‘,‘-en‘ according to the norms of the Ossetian language“.

According to MP Elbrus Bokoev, who initiated the bill, the idea emerged after appeals from residents of the republic. The MP noted that every year, in North Ossetia, 20-50 people changed the endings of their surnames to sound more Ossetian.

The law „should have been adopted long ago,“ says Tamerlan Kambolov, the head of the UNESCO Department at the North-Ossetian State Pedagogical Institute. „The very fact that new generations will be able to bear Ossetian surnames will strengthen their national identity and encourage them to know their native language and culture better,“ the expert emphasised.

According to academician Ruslan Bzarov, the Alan-Ossetian tradition knew family names, and unlike most people of the world, the Ossetian surnames „are not a product of the state, in particular, the Russian one“. „Most of the current Russian people have acquired surnames over the past two centuries. As for the Ossetians, this is an older tradition, which has pagan roots and its linguistic form. In this regard, the surname of the linguistic form is natural for us. We do not say Donald Trumpov or Fidel Kastrov either,“ says Bzarov.

As Caucasian Knot reminds, the urgency of the problem of preserving native languages, including in North Ossetia-Alania, has become aggravated after on July 24, 2018, the Russian State Duma had adopted amendments to the Law „On education“ providing for the study of the state languages of the republics of Russia „on a voluntary basis.“ The bill angered residents of national regions, who saw in it a threat to the existence of the languages and cultures of their peoples.