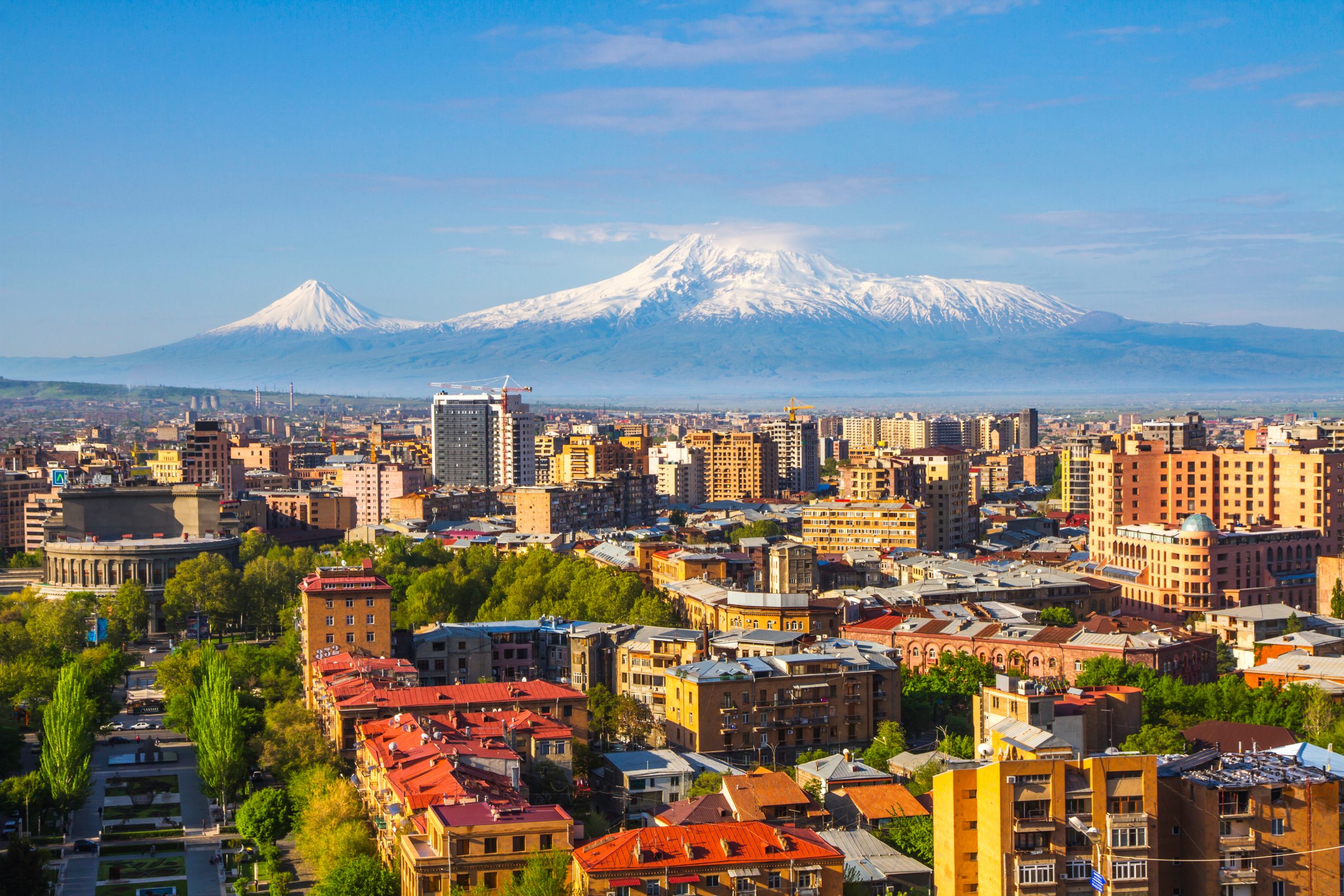 With the appointment of Ararat Mirzoyan as the Foreign Minister on August 19, the Armenian Prime Minister Nikol Pashinyan completed his cabinet, the members of which are his most prominent allies, informs the OC Media.

The 41-year-old politician has no previous experience in diplomatic service. He served as the speaker of the parliament during the last convocation that was dissolved in May this year, paving the way for the snap parliamentary elections amid a political crisis triggered by Armenia’s defeat in last year’s war against Azerbaijan over Nagorno-Karabakh.

In the early hours on November 10, 2020, shortly after the announcement of the Russian-brokered cease-fire agreement with Azerbaijan requiring significant concessions from Armenia, Mirzoyan was attacked by an angry mob as protesters opposing the deal seized the parliament building. Mirzoyan then was hospitalised with serious injuries.

Mirzoyan was also one of the leaders of Armenia’s 2018 street protests that brought Pashinian to power. He is one of the Prime Minister’s closest political allies and loyalists.

The post of Armenia’s foreign minister remained vacant since late May when Ara Ayvazian resigned over apparent policy disagreements with Pashinian. All of Ayvazian’s four deputies followed suit. At a May 31 farewell meeting with the Armenian Foreign Ministry staff, Ayvazian signalled strong objections to Pashinian’s policies relating to the Nagorno-Karabakh conflict and national security.

The appointment of Mirzoyan as the Foreign Minister is perceived as strengthening the link between the office of the Prime Minister and the MFA Armenia with the aim to streamline the communication and execution of the foreign policy of the country. Up until May this year, there had been a number of disagreements and dissonances between the MFA Armenia and the Office of the Prime Minister.

Russian minister of defence Sergey Shoigu announced Russian assistance in the re-armament of the Armenian army on August 11 during his meeting with his new Armenian counterpart – Arshak Karapetyan.

“We attach great importance to the development of our cooperation in the military field both in the bilateral format and within the framework of the CSTO [Collective Security Treaty Organization]. At the same time, we are ready to continue to assist in the implementation of the program for the reform and re-equipment of the Armenian Armed Forces. The task is not easy, but I think that with your experience, you can handle it,” he said during the meeting which took place in Moscow.

Karapetyan expressed gratitude to Shoygu for his readiness to help restore the combat capabilities of his armed forces. He stressed that his first international visit as defence minister is to Russia.

In his turn, Azerbaijani president Ilham Aliyev told CNN Turk that no matter how many weapons will Russia provide to Armenia, it will not change the established balance of power in the region. “Over the past 30 years, Russia provided Armenia with billions of dollars worth of free weapons – some of which are now on display in our Military Trophy Park– but the Armenian army has been completely dismantled“, he said. 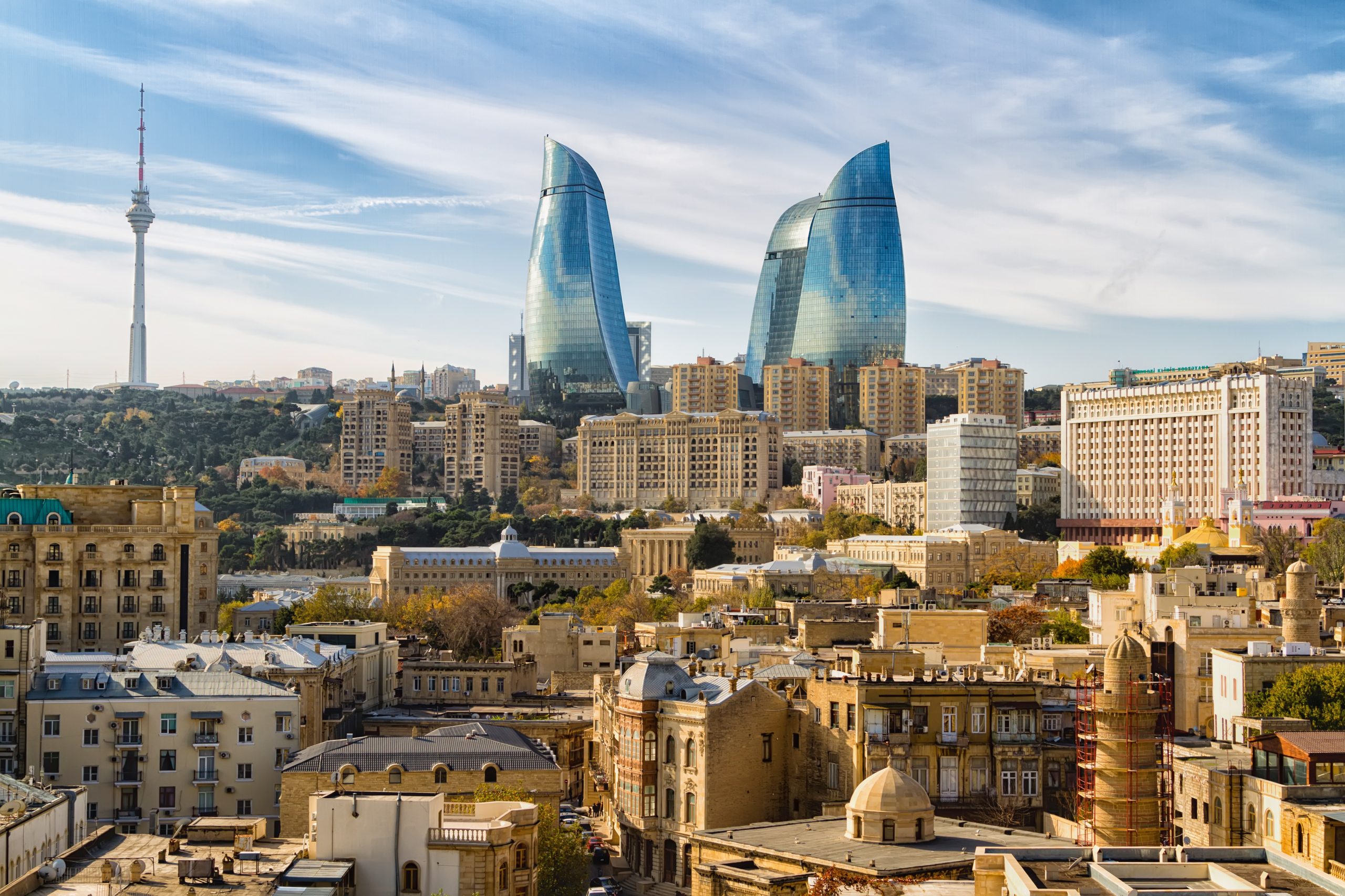 Russian peacekeepers and Baku blame each other for skirmishes in Karabakh

Azerbaijan claims Russian peacekeepers allow the transfer of Armenian forces to Karabakh. Peacekeepers, in their turn, accused Baku, for the first time, of violating the cease-fire.

On August 9, 2021, the Azerbaijani edition of caliber.az, known for its ties with the country’s authorities, published a sensational article about the transfer of Armenian military personnel to the territory of Karabakh. “… Armenia has transferred personnel there in 12 KamAZ trucks, three Ural trucks, as well as several KUNGs (a truck with a zero-size universal body used to transport military personnel). In addition, servicemen in civilian clothes are being transferred from Armenia to Karabakh by cars”, the message says. As JAM News writes, caliber.az „especially noted that these actions take place with the silent approval of the Russian peacekeeping contingent“.

On August 11, 2021, the Azerbaijani Defense Ministry issued a harsh statement in which, for the first time since the deployment of the Russian peacekeeping forces in Karabakh, it accused the Russian contingent of inaction.

On the next day, on August 12, the Russian Ministry of Defence has accused Azerbaijani forces of violating the cease-fire in Nagorno-Karabakh. „Over the past 24 hours, one cease-fire violation has been recorded. On August 11 2021, at 07:29 and 07:58, the Azerbaijani armed forces carried out two strikes using strike-type quadcopters [drones] on a position of the armed formations of Nagorno-Karabakh“, the ministry said in a statement as cited by the OC Media.

Since the end of the war, isolated clashes have continued to take place basically on a daily basis around Nagorno-Karabakh and along much of the Armenian–Azerbaijani border. These clashes have intensified over time since May 2021, in number, intensity as well as in the number of reported casualties.

Azerbaijani President Ilham Aliyev did so in an interview for CNN Turk on August 14.

“Because if the negotiations remain fruitless for 30 years, this means that the process of freezing this issue is going on. Of course, we never intended to put up with this situation. I have repeatedly said in recent years that the people of Azerbaijan will never come to terms with this situation, that we will liberate our native lands from occupiers at any cost, and so it happened. My words were materialised, and Azerbaijan started the War of Salvation, liberated its historical lands from the occupiers, restored historical justice, expelled the occupiers from our lands and restored its territorial integrity,” Aliyev said.

The Azerbaijani authorities have, since the beginning of the second war over Nagorno-Karabakh in September 2020, furiously denied that Azerbaijan started the assault on Nagorno-Karabakh and surrounding regions at that moment controlled by the Armenian forces. Azerbaijani official propaganda as well as affiliated pundits have been denying the initiation of the hostilities and even blamed the Armenian side for „provoking the action“, despite mounting evidence of the contrary. 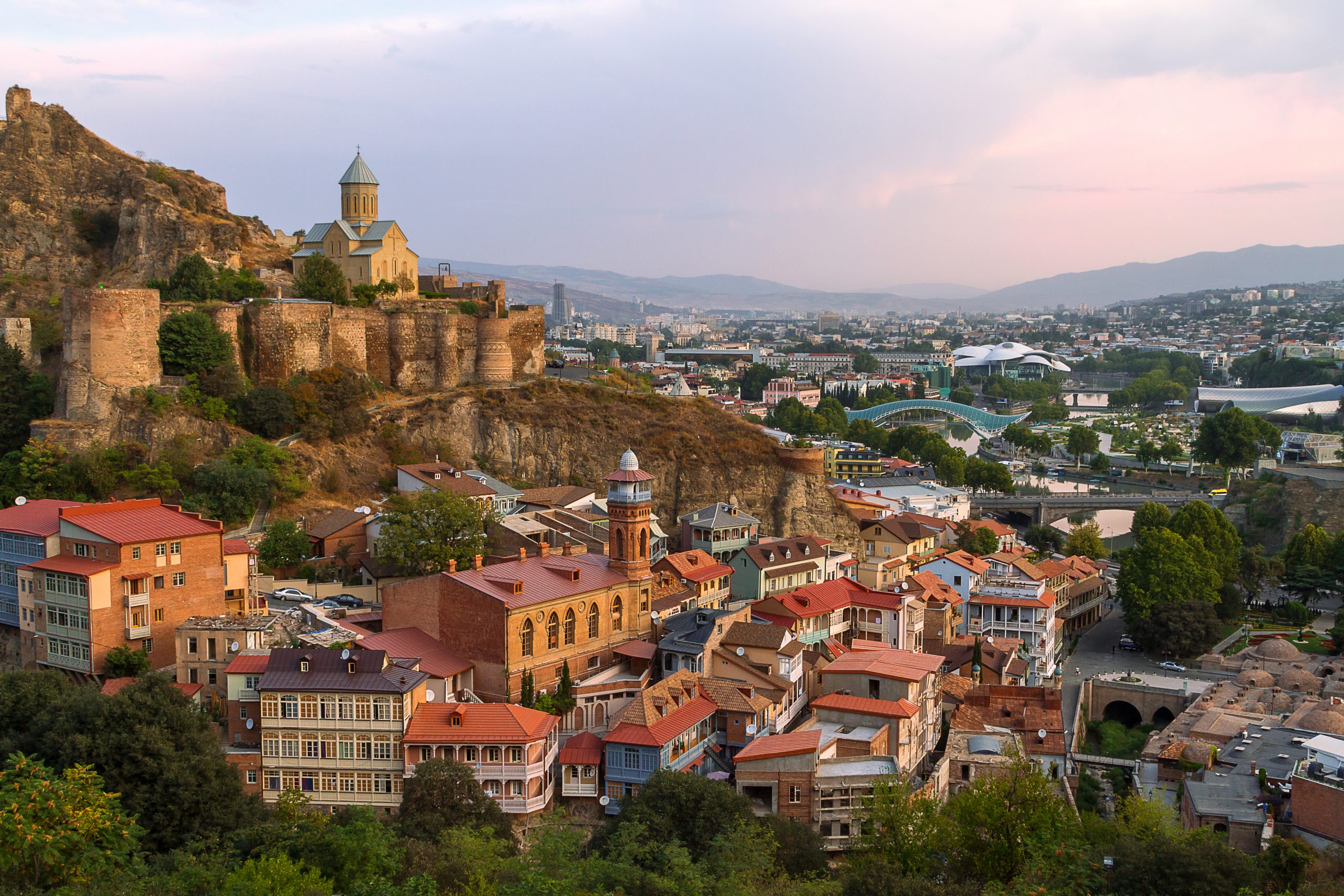 Georgia has reported 74 new coronavirus deaths on August 21, which is the record high figure since the country confirmed its first case of Covid-19 at the end of February 2020.

The country has also reported 4,901 new cases from 46,595 tests and 2,586 recoveries on the same day, with 6,723 individuals dead from the virus so far. In total, 938,705 individuals have received at least one dose of the vaccine, of which more than 270,000 individuals have been completely vaccinated.

In order to slow down the spread of the disease, on August 14 Georgian Government introduced three-week coronavirus restrictions. Public transport does not work in all main cities of Georgia till September 4, however, intercity transport is working in a regular manner. No festivals, sports events or other large events take place in the country in the reported period (except international sports events).

Children entertainment centres are also closed, and food facilities work only till 23:00. Meanwhile, public and private agencies are recommended to allow employees to work remotely where it is possible.

To cope with the increasing number of severely ill patients, a field hospital with 500 beds, most equipped with an oxygen supply system, was open at the Olympic Village in the Digomi district, on the outskirts of Tbilisi.

Agreement between Georgian and Belarusian intelligence services enters into force

An agreement of cooperation between the Georgian State Security Service (SSS), the country’s chief domestic intelligence agency and the State Security Committee (KGB) of Belarus entered into force on August 1, informed Civil.ge on August 14.

The deal, which was signed back in August 2016, envisages the parties to exchange information in the field of state security, as well as to cooperate on fighting crime against the constitutional order, sovereignty and territorial integrity, transnational organised crime, terrorism, cyber terrorism, and illegal circulation of weapons.

The agreement stipulates in its final Article 14 that it enters into force on the first day of the month following the exchange of the official diplomatic notes. This implies that the exchange of notes happened in July 2021.

The agreement also foresees the exchange of information on terrorism, extremist and separatist organisations, and specific individuals that are preparing terrorism or other actions posing a threat to the state security of either state. In addition, the parties may send security representatives / attachés to the territory of another signatory state.

According to the document, the two security agencies will hold working meetings, study visits, and conferences, and implement joint programs and training, and assist one another with technical means and equipment. The accord also allows the parties to refuse the request from another signatory if the request contradicts human rights, national legislation, and international obligations of the requested party or that poses a threat to its national interests.

Despite that, Georgian activists believe the cooperation agreement endangers the safety of Belarusian citizens living in Georgia. The NGO “Tbilisi Human Rights House” has called on Georgian authorities not to fulfil the cooperation agreement. “It is important that the Georgian side does not admit the actual implementation of the special services’ agreement, since it can pose a threat to the citizens of Belarus residing in Georgia, especially to human rights defenders and activists,” the NGO said in its statement translated by the “Caucasian Knot” correspondent.

Georgian oppositionists were also outraged by the agreement between the special services of Georgia and Belarus. “The most unreliable institution in our country cooperates with violators of human freedoms,” Tsotne Koberidze, an activist of the “Girchi” Party, said on August 15 on air of the “Mtavari Arkhi” TV Channel. The agreement damaged the image of the “Georgian Dream” Party and should be cancelled immediately, he has added.

The Georgian State Security Service says that the recent criticism over its agreement with the State Security Committee of Belarus against terrorism and corruption is caused by ‘disinformation’ and aims to discredit Georgian security and law enforcement agencies.

The agency says that the agreement covers cooperation against terrorism, corruption as well as other international and transnational organised crimes.

The SSS says that per the agreement, Georgia and Belarus will exchange information against crime voluntarily and that the agreement never obliges the signatories to act against their own interests.

We have such an agreement signed with the US, UK, France, Lithuania and other NATO and EU-member countries,” said the agency.