Last year was a very dynamic and turbulent period in the political environment for many countries, and Montenegro was no exception. The change in government that occurred after the parliamentary elections replaced the long-term governing Democratic Party of Socialists  (DPS) under the leadership of  Milo Đukanović.  New prime minister Zdravko Krivokapić came to the fore, supporting mainly the interests of ethnic Serbs and their proximity to the Russian Federation.

Currently, Montenegro is in a political crisis that has its roots in historical events. Slow transition to democracy, a protracted one-party government, and other states’ attitude to its independence contributed to the instability. Montenegro felt the influence of other countries very openly, even before the governmental change in August 2020. Marko Savić, from the Faculty of Political Science, University of Montenegro, sees the huge influence from the Russian side and claiming „Russia interfered in the election process, and then the attempted coup in 2016 was also financed and supported by Russia. So by now, Russia felt an open space for renewed influence in Montenegro.“

Very few expected that Milo Đukanović and his Democratic Party of Socialists (DPS) would lose the last year’s parliamentary elections and that they would no longer be part of the executive branch after more than thirty years in power in various iterations. A high participation rate at elections reflected the will for a political change in the society, as well as a certain level of maturity of democracy in the country. The protests, that had taken place in the country due to dissatisfaction with the Law on the Freedom of Religion prior to the elections, also contributed significantly to the mobilisation of the voters before the election day. The role of the Serbian Orthodox Church, which is one of the most influential institutions in Montenegro, has significantly helped with its direct-contact campaign on behalf of the (then) opposition to achieve the best results. With all the significant and growing dissatisfaction in the society, the months-long protests against the Law on Freedom of Religion led by the Serbian Orthodox Church transformed into support in elections. They helped the opposition to achieve the best results on the ground using some well-tried mechanisms, such as a door-to-door campaign.

„Montenegro is in a political crisis that has its roots in the past. Slow transition to democracy, a protracted one-party government, and other states’ attitude to its independence contributed to the instability. „ 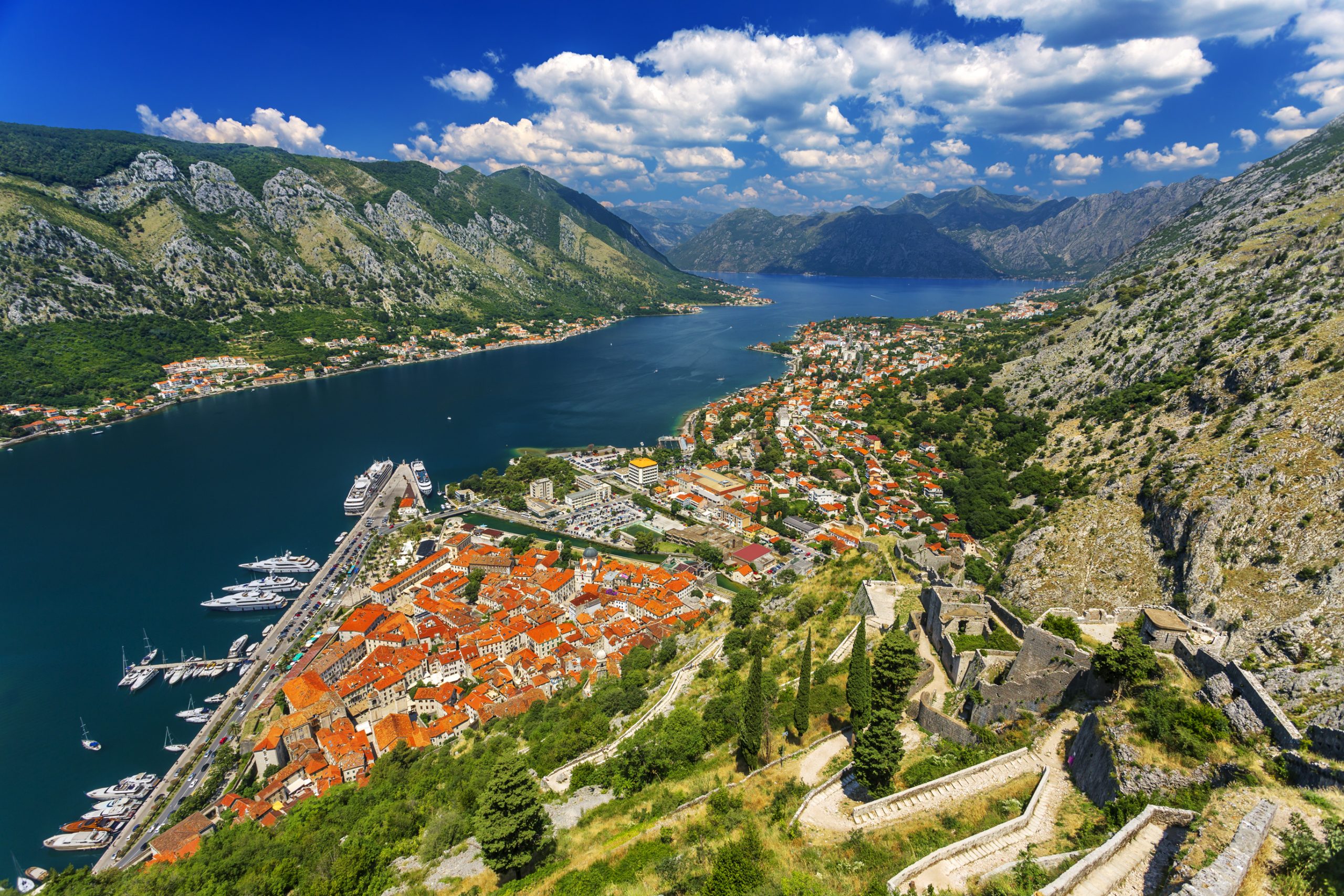 „The influence of the Serbian Orthodox Church highlighted its strong position in Montenegro before and also during the elections. „

Serbian Orthodox Church As a Political Actor in Montenegro

After the elections, the change in the government has opened a space for renewed influence of Serbia and Russia. The impact of the Serbian Orthodox Church pointed out its strong position in Montenegro before and also during the elections. The formation of the new government and its overall composition with great diversity was significantly influenced by this religious factor. Serbian nationalist groups are strategically focused on the representatives of minority ethnic groups, on their religious institutions and political associations in order to combat the „old government“. However, in a deeply divided state on identity issues, an increase of the Orthodox Church as a significant political player presents unwelcomed development.

The new coalition seems to be more reliant on the support from Belgrade and the Serbian Orthodox Church, and they see themselves as a part of the so-called “Serbian Cultural Space”, Belgrade’s answer to “the Russian World”. This idea has its roots in the interpretation of the Orthodox sphere, which is in violation of the rights of other religious groups in Montenegro. On the other hand, the DPS political party has been popular among representatives of other national minorities, who were considered partners for cooperation. At this stage, it is important to realise the role of civil society in Montenegro. Regardless of the new government’s steps, the key is that Montenegro maintains its own vivid Albanian, Bosnian and Croatian minorities’ communities. The idea of free ​​civil society in Montenegro would be dead without their active participation.

Polarisation of the Country?

The current political situation in Montenegro could be coined as the coexistence system, which means that the President is from the opposition party – DPS, while the government coalition consists of political parties that tightly defeated DPS in elections in August 2020. Eventually, that may be a reason for a series of crises when the President will not want to sign laws or acts adopted in the Parliament, where the majority has the government coalition. On the other hand, the new government could marginalise the position of the President himself. Nevertheless, the political system in Montenegro, as it is now, requires cooperation between the two currently conflicting sides in all essential areas for the country itself, including judiciary and security.

Polarisation in Montenegro is significantly visible on morality and humanity issues, which also Marko Savić perceives: „I am also concerned about the views of certain members of the  Government. One of them is related to the denial of the genocide in Srebrenica by the [current] Minister of Justice.“ Although they later tried to soften the statement, Justice Minister Vladimir Leposavić clearly questioned the decisions of the international courts on the Srebrenica case at the ministerial hour in the Parliament saying: „he will recognise the crime as genocide when it is unequivocally established”. Marko Savić thinks that this is a big step backwards for Montenegro because they have lived the idea of reconciliation in the region and actively advocated for it so far. Some political parties in the ruling coalitions are inspired by Milosevic‘s policy, which is also known for not recognising the genocide in Srebrenica. Therefore there is a political mix with parties that fight for the European integration of Montenegro, and the others, especially those representing the Serbian minority, that consider Russia as a role model for the polity.

As a part of the historical experience, we can argue that the everyday existence of two nations – Serbs and Montenegrins in the former Socialist Federation of Yugoslavia was not always operational. One of the factors dividing the nations was the foreign policy orientation. Divisions seem to continue to exist. Now, a large part of the new government coalition is more or less negative towards the European integration of Montenegro and prefers proximity to the Russian Federation and closer ties with Serbia.

The new coalition mix is ​​a margin of diverse ideologies. The political party Za Buducnost Crne Gore presents a strong ethnic policy that resonates with a certain part of the population. The aim of the political party Demokrate Crne Gore is a closer link with Serbia. In foreign policy, they promote mainly focus on Russia and Euroscepticism. Yet, it is not evident at all that such a heterogeneous association of broad coalitions with conflicting ideological backgrounds will indeed uphold these core policies, that in many ways, contradict the platforms and track records of the two largest blocs. On the other hand, they have officially committed not to retract Montenegro’s recognition of Kosovo or leave NATO. They have also agreed to form a technocratic government that would continue the process of accession to the European Union.

The new Government of Montenegro is a significant change in the political era and democracy in the country. There are many contradictory parties and many opposing interests. On the other hand, the stagnation period lasts for a long time, out of which the DPS had been in power most of the time and therefore responsible for a significant part of problems, corruption issues and complacency. The new political chapter in Montenegro will also be a lesson for other foreign partners. However, it seems that the new government is eventually trying to find a way to incorporate the interests of all involved.

„A large part of the new government coalition is more or less negative towards the European integration of Montenegro and prefers closer ties with Serbia and proximity to the Russian Federation.“

Disclaimer: Views presented here are those of the interviewee solely and do not necessarily reflect the views of the Strategic Analysis.