Helping with the Development of the Pankisi Gorge

Tomáš Baranec/Strategic Analysis (TB): In foreign media, the Pankisi gorge is often being known simply as a base for transit, training and shipments of arms and financing by Chechen rebels and Islamic militants. What does Pankisi gorge mean for you, how would you describe this community?

Eleanor Kramers (EK): I believe the best way how to describe the Pankisi gorge is to realise it is home to a small ethnic group that lived for centuries there peacefully. However, external factors and finances have politicised the gorge, and it has been heavily influenced by conflicts that happened both on its territory and abroad. Before the Chechen wars, it was a very calm place, but then suddenly you had the wars, you had many cousins from Chechnya who were in need of shelter, and they came over. You had militias that needed a place to regroup since they could not do that in Russia, and they came over. And this is how they ended up in a situation when plenty of people are using the gorge for nefarious activities and as a shelter alongside a traditionally peaceful population. And this was then exploited by trends of radicalisation and infiltration by radical Islamists, in line with the similar trends happening in the Chechen wars. And then, when it came to the Syrian conflicts, the Gorge became a natural recruiting ground as many of the valley’s men had fighting experience has, and it has been largely ignored by the Georgian government at that time. So, Pankisi is a gorge inhabited by an ethnic minority group, rather closed one, in which problems have been caused by external factors. Now, these problems are very difficult to untangle.

TB: When did this radicalisation become visible?

EK: For me, I saw the difference from 2013- this was a period when you could see really big changes. In Pankisi, you had an old mosque. Traditionally they were Sufi in the gorge. But in the 2000s, a new mosque has been build in Pankisi, a Wahhabi mosque – a mosque focused on traditional Islam. I first arrived there in 2011: The situation at that time was quite chilled and traditional. In 2012 – 2013 it became more obvious that money was pouring into the valley. I heard; people were being paid for going to the Wahhabi mosque. Academics have written that the people were receiving approximately 100 dollars per month for that, which in Pankisi was huge money at that time. Also, there have been quite a few well-doing people in the valley who could be educated in the Middle East – top Kists from good families.

„I believe the best way how to describe the Pankisi gorge is to realise it is home to a small ethnic group that lived for centuries there peacefully.“

„As the Syrian civil war started to calm down, Pankisi is less in the news, and many locals moved to Europe.“

TB: How has the situation changed for Kists since then?

EK: As the Syrian civil war started to calm down, Pankisi is less in the news, and many locals moved to Europe. Many got there absolutely legally. This started in 2013 when people began to get there illegally to claim asylum status and Austrians paid them to get back. They got new passports and came over again. Pankisi is probably the most cosmopolitan place in Georgia since many have a foreign passport and lots of people are very well travelled. Many Kists that I know of are currently in Austria and Germany, and a lot of Kists have connections to France as well.

TB: What about Gorge itself, how is the situation there?

EK: It is quite chilled. Occasionally you have some street brawls there, but that is nothing unusual.

TB: Are there some visible dynamics in the gorge right now?

EK: The powerplant issue [the Khadori-3 hydroelectric power plant]. There was a huge backlash in the gorge after the project was announced. What happened is that the government came rolling in, expecting locals to be calm and happy but instead, the gorge rioted. Georgian officials were totally caught off guard. Tbilisi reacted by building a huge police station in the valley.  I don’t quite know where the new police station will be staffed from, but the regular police station in Duisi is staffed with Kists. Unless they bring in a huge number of Georgian interior ministry troops, Tbilisi will not intimidate locals.

TB: In such a case, does this station make any sense?

EK: The locals are policemen because they live there and understand the gorge. Therefore, they are good, and they can fight criminality well. Yet still, the enormity of the station is not good for Georgian-Kist relations. They basically came to an ethnic minority region and told them, “we will build here one of the biggest police stations outside Tbilisi- deal with it”.

TB: Besides the issues, we were discussing now, what are the other policies of Tbilisi towards Pankisi?

EK: People are always harsh about the Georgian government, but I think it has at least made some effort to try to integrate the valley and get it under control peacefully to engage locals. Especially because there are so many foreign programs telling them to do so. A few years ago, they were really good. They invested lots of money in arts and school programs as well as the infrastructure. In terms of infrastructure, the place is getting slightly better. But the government keeps overreacting and making stupid mistakes, such as the new police station, and that is the problem. But also, some anti-terrorist raid from the recent past. Every time they go to the gorge and make a mistake, which they often do, they cause riots and then react with ridiculous measures.

TB: What is the cause of such a heavy-handed approach?

EK: I think they are scared, and they have a good reason given the history of Pankisi. Also, locals do not care, they are more loyal to Chechens. They are also loyal to Georgia but not as much.

„A few years ago, development programmes were really good. They invested lots of money in arts and school programs as well as the infrastructure. In terms of infrastructure, the place is getting slightly better.“

TB: What is the economic base of the gorge right now?

EK: There is a limited real economy in the Gorge, and a lot of money comes by way of remittances, from Kists abroad (Russia, Europe and the Middle East), or even those working in Tbilisi and building a place back in Pankisi.

TB: What about the youth. To what extent is it assimilated into Georgian society?

EK: It is well known that the younger generation is discriminated against in the Georgian education system and employment. However, they speak Georgian fluently, and a large number of Kists do go to University around Georgia and end up working in Tbilisi. However, naturally, they are an extremely close community and often just interact with fellow Kists and not the Georgians – but that is just a personal observation. Culturally, Kists value education very highly- for both men and women. Kists are relatively well educated; Women study at universities and then become teachers in the valley. Local women are quite active and have businesses themselves.

TB: Thank you very much for your insights!

EK: Thank you for having me! 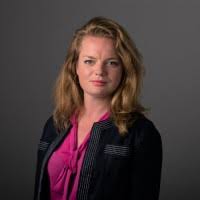 Eleanor Kramers has been involved in the Roddy Scott Foundation, the only international charity solely focused on the Pankisi Gorge, since 2012. Having travelled to the Gorge in 2011, Eleanor is a regular visitor and works closely on fundraising and diplomatic activities related to operations. Eleanor currently works in Strategic Communications in London and has previous professional experience in corporate investigations and international conference management with Euromoney. She is a Philosophy, Politics and Economics graduate of Durham University, and in 2016 Eleanor received the Katherine Davis Fellowship for Peace to Middlebury College in Vermont. Eleanor has monitored elections in Armenia, Georgia and Ukraine, and is a Russian speaker.