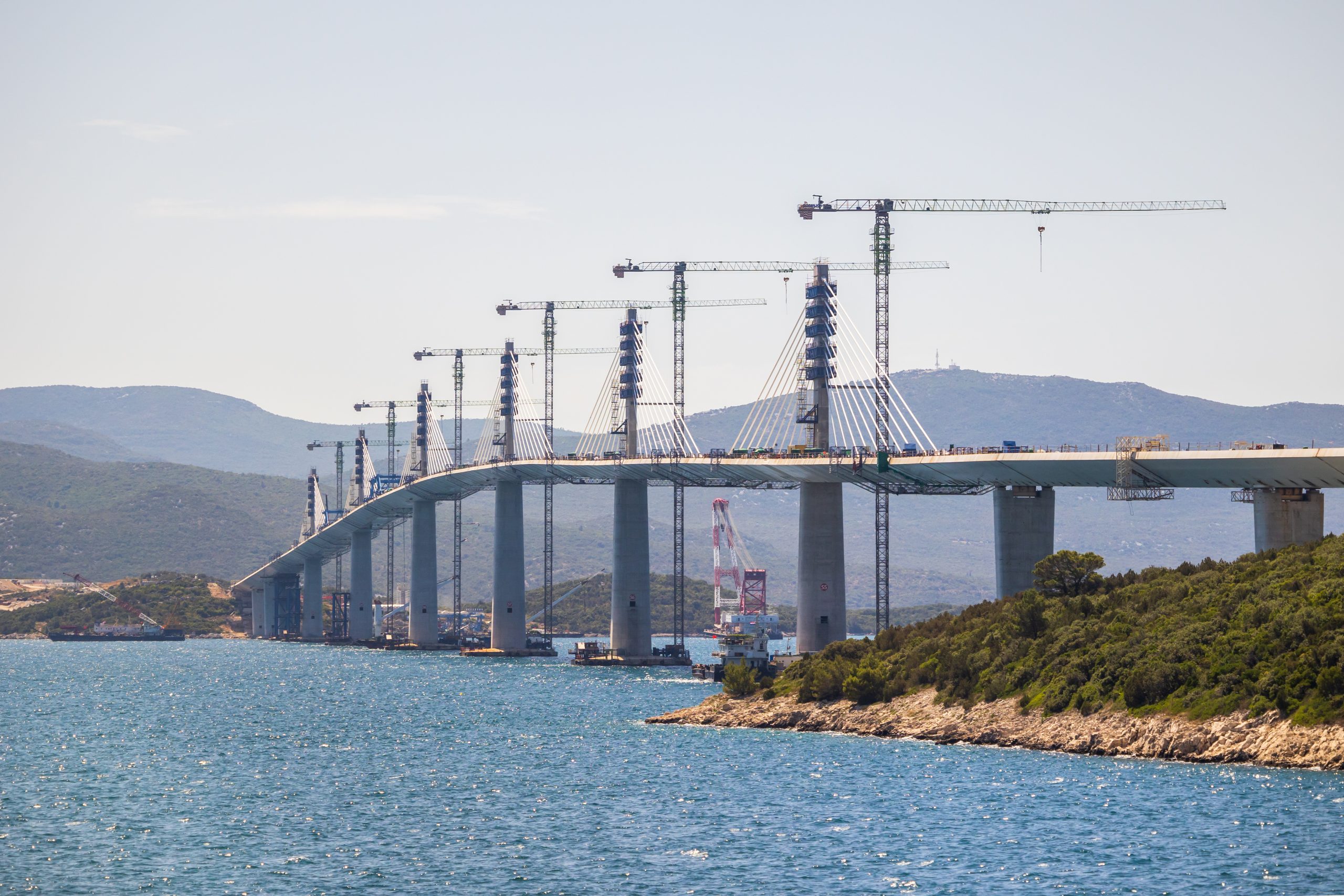 A group of 121 Afghan refugees arrived in Albania on August 26 morning and were directly sent to their temporary housing in the port city of Durres.

The first group of refugees mainly consisted of civil society activists with their relatives. They arrived from Kabul by plane as the Taliban is taking control over Afghanistan.

Olta Xhacka, Albania’s Minister of Europe and Foreign Affairs and the US Ambassador to Tirana, Yuri Kim, went to the airport to welcome the first group of refugees.

According to Xhacka, the refugees had to face delays, difficulties, and obstacles due to the situation in Afghanistan. Xhacka said that Albania is interested in helping the Afghan refugees, who seek asylum in the European countries since the Taliban takeover. Xhacka also added that Albania has accepted 4,000 Afghan refugees until their applications to the US are complete.

The Albanian government created a task force responsible for managing the Afghan refugees in the country. Under the current protection status, they are allowed to stay in the country for one year. The task force will be headed by the Ministry of Europe and Foreign Affairs and consist of heads of other ministries: Interior, Defence, Finance and Economy, Education, Youth and Sports, Health and Social Welfare, Tourism and Environment.

In the second half of July, the international community High Representative in Bosnia and Herzegovina Valentino Inzko (until July 31) introduced a ban on denying genocide under the country’s criminal law. More than 8,000 Muslims lost their lives in the massacres during the civil war that loomed Bosnia in the 90s. However, BiH Serb leaders and those from Serbia refused to pass a new law, insisting the massacre was a crime but not a genocide.

Following Valentin Inzko’s statement banning denial of genocide, Bosnian Serb officials announced a boycott of Bosnia and Herzegovina’s national institutions, including parliament, government and the presidency. In addition, representatives of the Serbian parties in the country stated that they would not participate in the decision-making processes and the work of the institutions.

On the other hand, the law was welcomed by Bosniak BiH politicians and relatives of the massacre victims. The US Embassy in Bosnia and Herzegovina has stated that any denial of genocide and celebrating war crimes are unacceptable and undermining mutual trust. They emphasize that the genocide in Srebrenica is not a matter of debate but a historical fact. Therefore, it is necessary to look into a future based on peace and trust.

With this step, Inzko responded to the denial of genocide and the glorification of its perpetrators, which persist despite the recent confirmation of the condemnation of Bosnian Serb commander Mladić for genocide in Srebrenica. Also, the amendments to the new law focus on convicting people for celebrating war criminals, including naming streets or public institutions after them. Anyone found guilty under the new law faces up to five years in prison.

Inzko sought to get local politicians to pass a new law on the Srebrenica genocide for several years. In August 2021, Christian Schmidt, a German politician, replaced Inzko in the international community High Representative in BiH position.

Historic moment as Croatia mainland is connected with Dubrovnik

Peljesac bridge, which connects Croatia mainland with Dubrovnik, is finished. Installation of the last 165th segment was accompanied by fireworks. At the opening ceremony, Croatian Prime Minister Andrej Plenković said that „this project has been the dream of many for the past 30 years and that he has the indescribable pleasure to say that Croatia is united“. Croatian officials hope that the bridge will help Croatia enter into the Schengen zone of free movement.

The project started in 2018 when Plenković signed a contract with a Chinese company. „It was the biggest infrastructure project between China and Croatia since the establishment of diplomatic ties between China and Croatia,“ noted Xu Erwen, China’s Ambassador in Croatia. The project has cost 550 million €. Peljesac bridge is a rare Chinese infrastructure project.

The bridge is expected to be fully completed in June 2022. Until then, people still need to cross Croatian-Bosnian borders. However, Bosnian officials are angered because they claim that the bridge violates the state’s sovereign access to open seas in the Adriatic. Plenković said that „the boats can pass under the bridge and that BiH still has a free passage of all ships“.

Since the launch of the Belt and the Road initiative, China has made considerable investments in the Balkans. In addition to the Peljesac bridge, the Chinese contracts in the Balkans are obtained without a normal bidding process. Therefore, the EU is worried about the rising economic and political influence of China in the region.

On July 29, a meeting in Skopje was held between Serbia, Albania and Northern Macedonia highest representatives on a regional cooperation initiative, which was renamed from “Mini Schengen” to “Open Balkans”. They signed a document that secured cooperation on facilitating import, export and movement of goods in the Western Balkans. The initiative would also ensure free access to the labour market and cooperation concerning disaster protection among the Western Balkan countries. These three countries even announced that border controls would be abolished by 2023.

The Prime Minister of Kosovo Albin Kurti opposed the initiative of “Open Balkan”, claiming „that it is visionless and the region should enter a trade agreement with the European Union instead“. He proposes to go from CEFTA (Central European Free Trade Agreement) to SEFTA (South-East European Free Trade Agreement). According to Kurti, the SEFTA should be tailored similarly to the trade agreement among the EU and the four non-EU member states: Iceland, Liechtenstein, Norway, and Switzerland. He believes that this will strengthen the economies of the Western Balkans and help them integrate into the EU.

Minister of Foreign Affairs of Kosovo Donika Gërvalla is also sceptical about the Open Balkan initiative, claiming that „it creates the idea of conveying a message that there is another alternative apart from the region’s joint path to the EU. Conveying this message is as dangerous as the delays in the European integration“.

Bosnia and Herzegovina, as well as Montenegro, are also against the „Open Balkans“ Initiative. They see no particular benefits because the easing of travel and trade restrictions is already involved in the broader CEFTA agreement. 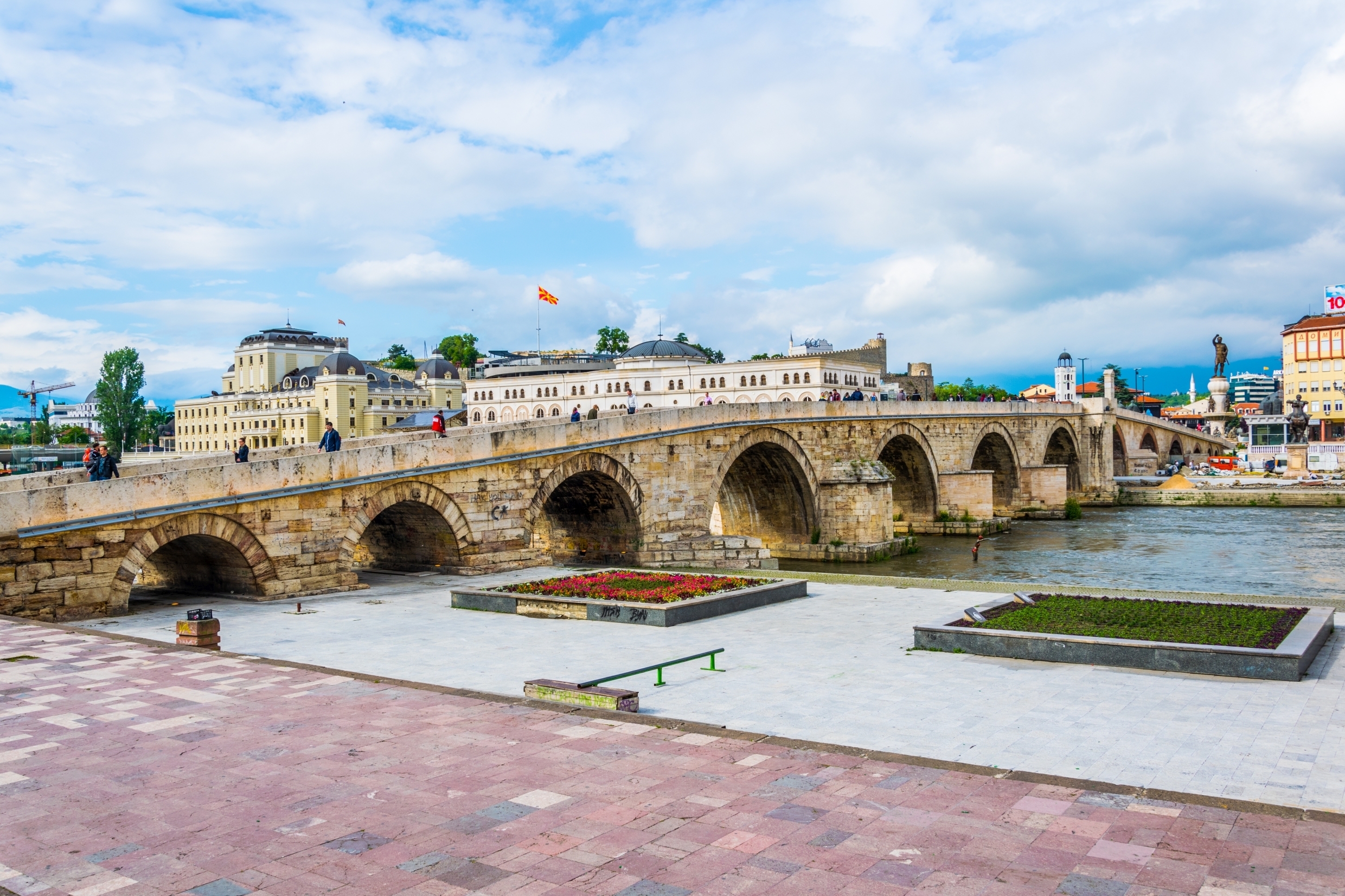 Montenegro rejects any changes to the border agreement with Kosovo

Kosovo reserves the right to pursue Montenegro’s position. However, the Prime Minister of Kosovo Albin Kurti has announced that the country will elect a new commission to define and maintain borders. He also claimed that he would do everything in his power to correct the mistakes of the then Montenegrin government, which he said did not act honestly to Kosovo at that time. In reaction, Montenegrin officials have opposed Kurti, claiming that the current agreement is sufficient and there is no need to change it. What is more, Monetengro sees the existing agreement as beneficial to both countries, ensuring that territorial disputes with Kosovo are practically non-existing.

Borders are often at the forefront of conflicts in the Balkans, where the “nation-state” is strongly represented by its borders and encapsulates national identity. Consultations on the signing of a demarcation agreement on the delimitation of the 79-kilometre border began in 2012. The agreement was signed in Vienna three years later.

Notably, the Kosovo opposition, led by the Vetëvendosje movement (current main ruling party), strongly opposed the document, claiming it was depriving the country of territory. For this reason, it also effectively blocked the sessions of the previous parliament to prevent ratification. As a result, Montenegro approved the document in parliament already in 2016.

July 29 was marked by a meeting of three states, the so-called “Mini Schengen“ leaders in Skopje, where North Macedonia, Serbia and Albania have agreed to remove most of the barriers to travel and business at their borders by 2023. During the two-day meetings in the capital of Northern Macedonia, the regional cooperation initiative was unofficially renamed the “Open Balkan”. The countries signed three documents – two memoranda and one agreement.

The memoranda are mainly aimed at facilitating trade and unifying markets. One of the ideas discussed was the opening of unique high-speed lanes at border crossings in the Balkans to prioritize driving. It should also make it easier to issue work permits, recognize diplomas or professional qualifications, and make the labour market more accessible. The meeting also included a regional economic forum attended by more than 350 companies from the region.

Commenting on the reservations of other Western Balkan countries, including Montenegro, Kosovo and Bosnia and Herzegovina, Zoran Zaev, the North Macedonia prime minister, said there was no reason the states could not join the existing core. He claims that the initiative remains open and that mentioned countries could participate.

Leaders have said that what divides the Western Balkans should not excuse a lack of cooperation. On the contrary, they argue that creating new conditions will help to increase countries’ international reputations. Moreover, they believe that Europe will respect the Balkans more if they remain united and willing to cooperate.

Montenegro, with Bosnia and Herzegovina and Kosovo, were originally a part of this initiative but decided not to support it. As a reason for their decision, they state that they do not see any new specific benefits, as the facilitation of travel and trade is covered by the CEFTA agreement and bilateral agreements between states.

Twitter has marked several media outlets in Serbia as “state-affiliated”. These media have a label in their Twitter profile and tweets, indicating that the state exercises control over editorial content through financial resources and direct or indirect political pressures. Twitter will not recommend or amplify accounts with this label to the people.

Among the Twitter accounts marked as “state-affiliated”, there are several Serbian dailies such as Srpski Telegraf, Kurir, Informer, Politika, and free-to-air channels Happy, Prva TV, B92, RTV Pink and the news agency Tanjug. Twitter has been labelling accounts around the world as “state-affiliated” since 2020. Serbia is the first country in the Balkan which media accounts on Twitter are marked as mentioned above.

Serbia has a longstanding issue with media pluralism and access to free media. It was also a topic of the July inter-party dialogue with the opposition, which boycotted the last parliamentary elections. According to a report made by the Centre for Research, Transparency and Accountability, from July 2020 to March 2021, the ruling parties had about 90% of time coverage in the news, while the opposition had the remaining 10%. According to the study, president Aleksandar Vucić covered at least 40% of the time devoted to political actors each month.