Monthly review of July and August 2022 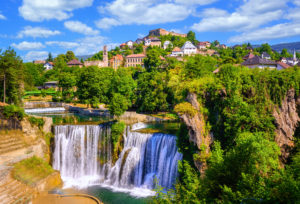 Before the accession negotiations begin, the candidate country and the European Commission will establish a so-called “pre-accession strategy”, which leads to both sides drawing up a framework for negotiations. However, negotiations cannot start until the EU Member States unanimously approves the mandate.

The slow accession process of North Macedonia and Albania – and other Western Balkan countries, including Bosnia and Herzegovina, Kosovo, Montenegro and Serbia – has seen accusations of double standards emerging in the EU.

Both Western Balkan countries have done the work required of them as candidate countries to strengthen the rule of law, create the tools to fight corruption effectively and protect the independence of the media and civil society. However, despite Brussels reaffirmation a couple of times, there has been no progress on the EU’s part.

At the June EU-Western Balkans summit, regional leaders expressed their frustration at the lack of progress.  What is more, France, which held the rotating six-month presidency of the Council of the EU until June 30, worked behind the scenes to put forward a proposal to break Bulgaria’s – North Macedonia stall.

Albania, which submitted its own EU membership application in 2009, was primarily seen as collateral damage of the North Macedonia – Bulgaria feud, as its bid was linked to that of its eastern neighbour. That meant it could only advance in the process in tandem with North Macedonia. With the French proposal, this has been changed, and both countries were de facto decoupled.

Both states still have a long way to go in preparing for the accession negotiations. However, North Macedonia, together with Albania, believes that the process will be swift. For the region, the opening of the talks is seen as a “historic moment” that could help speed up the accession of other Western Balkan countries to the European Union.

Solution for the new election law

Political parties have tried to change a new election law for almost two years; however, it has consistently failed. Current election law says that delegates to the House of Peoples must be voted on a 1-1-1 basis, with at least one Bosniak, one Croat and one Serb representative from each canton. Schmidt had proposed a new election law (in line with his so-called “Bonn powers”) that had led to a massive protest in the capital city.

Thousands of people protested on July 25 – 27 in Sarajevo to express their negative opinion about Schmidt’s proposed law. Schmidt’s proposed law suggested that if the members of BiH’s constituent nation are represented less than 3% in a given canton, then they will no longer have a representative in the House of Peoples from that canton.

That is seen as discriminatory by the Bosniak parties. They claim it is designed to help the Croatian Democratic Union of Bosnia and Herzegovina (HDZ BiH). On the other hand, the proposal is supported by the strongest Croatian political party – HDZ, sister of HDZ BiH and Croatian PM Andrej Plenkovič. Therefore, Schmidt gave BiH politicians a new timeline to finish their proposal. If the agreements are not reached, the amendments to the election law will enter into force in the way as suggested by the OHR in BiH – Christian Schmidt.

On August 2, it was announced that Bosnia and Herzegovina will soon join the European European Union’s Civil Protection Mechanism. For BiH, it marks joining the first EU-level mechanism institution.

The importance of joining the EU Civil Protection Mechanism lies in the fact that Bosnia and Herzegovina will accept the EU standards in training and performance of designed teams dealing with the issues of civil protection. That will ensure that all the civil protection workers and teams from all the BiH´s entities will be able to act in the same manner, practising common action mechanisms anywhere they will be needed.

What is more, Bosnia and Herzegovina as a member of the EU Civil Protection body, will have an opportunity to ask and simultaneously be asked for international assistance during various kinds of disasters and also, to train with the teams from the EU countries and exchange the practice and experience with them.

The EU Civil Protection Mechanism currently consists of 27 EU members and Iceland, North Macedonia, Norway, Serbia, Montenegro and Turkey. Established in 2001, it is focused on strengthening cooperation between participating countries and increasing their preparedness to act.

Serbia and Kosovo officials will meet in Brussels after tensions

On August 18, a meeting will be held between Prime Minister of Kosovo Albin Kurti and Serbian President Aleksander Vučić in Brussel. The meeting will be held after recent tensions on Serbian – Kosovo borders. The strain on the borders started when the law was put in force regarding car license plates and entry/exit procedures for people with Serbian IDs.

It would mean that around 50.000 Serbs in northern Kosovo would have to replace their Serbian ID cards or license plates with Kosovo ones. It had led to a reaction from the side of Kosovo Serbs, in which they created a blockade at two border-crossing points. Later, the implementation of the law was postponed until September 1, after the US Ambassador to Prishtina advised to do so.

Both sides are criticizing each other. However, Kosovo argues that it is implementing the countermeasure against Serbia that has been in force since 2008. Many experts and politicians from the international community are therefore awaiting September 1, stressing the possibility of repeated violence.

On August 5, Croatia celebrated the 27th anniversary of Operation Storms (Oluja), the final step in regaining control of its territory populated by Serbs. Several MPs, mayors, politicians and wartime generals gathered in the small Dalmatian town of Knin, where the shelling began on August 4, 1995. The participants celebrated Croatian victory and honoured Croatia’s defenders. President Zoran Milanović said that many Serbs who were forced to leave the country “was a human tragedy, but that tragedy was preceded by human greed and human stupidity of the rulers in Belgrade”. However, most speeches focused on the current reform crisis in Bosnia and Herzegovina.

On the other hand, the Serbs organized a mourning event in memory of the victims in the second largest city, Novi Sad. There were speeches by the Patriarch of the Serbian Orthodox Church, Porfirije, and by political representatives.

The audio recordings referring to the Second World War Ustaša movement were also played during the event. However, most speeches were about Zagreb’s recent decision to ban Serbian President Aleksandar Vučić from visiting the World War II Jasenovac concentration camp in Croatia. In his speech, Vučić said, “many think this is the moment when they can once again have support for the destruction of the Serbian people”. He also mentioned, “we will never forget the suffering of the Serbians from (Srpska) „Krajina“ who were expelled, who lost their land, houses, children, and parents”.

Operation Storm started on August 4, 1995, and ended on August 8, 1995. The purpose of the operation was to seize the areas captured by Serbs during the war in 1991 and to regain control of the territory. As a result, according to the Croatian Helsinki Committee for Human Rights, 600 civilians were killed, and approximately 200,000 Serbs, citizens of Croatia, were forced to leave the country.

The problematic activity of Matica Slovenska in Serbia

The Slovak Information Service confirmed reports from May 2022 that Matica Slovenska in Serbia, a cultural institution of the Slovak Republic, was issuing false letters of confirmation. This act helped the citizens of the Western Balkans to acquire citizenship in the Slovak Republic faster, even though the applicants had no ties to Slovakia – as required by the Slovak immigration laws.

The Office for Slovaks Living Abroad has suspended the recognition of documents issued by Matica Slovenska in Serbia. Between 2020 and 2021, it allegedly issued at least seven suspicious documents, but there are rumours of up to 100 letters of confirmation. The price for this document was supposed to range from 100 to 2.000 EUR.

However, as the Slovak Information Service states in the annual report for 2021, several attempts have been made to prevent the situation. According to the yearly report, leading members of criminal groups in the Western Balkans are suspected of mentioned fraud attempts. By obtaining a residence permit, criminal groups could expand their illegal activities within the Slovak Republic and other European Union states. 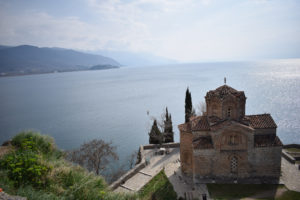 Bar-Boljare highway as a possible corruption scandal in Montenegro

On July 13, the first phase of the newly built highway from Bar to Boljare, Montenegro, was opened by Prime Minister Dritan Abazović. The Bar-Boljare motorway represents the Montenegrin section of a more extensive highway from the Adriatic coast to the Serbian capital Belgrade.

Finance Minister Aleksandar Damjanović said that the project had been implemented without parliamentary scrutiny, stressing that the total cost of the first phase could reach up to €1.2 billion. However, he also claimed he was willing to reconsider some aspects of the project. It will be estimated how much the project’s first phase costs and whether Montenegro had to spend so much on the construction.

After the opening of the first section, NGOs in Montenegro asked the government to be transparent about all costs associated with the construction of the highway. The project has been delayed for seven years, and the government has not yet stated why. Several analysts claim that the public is not informed about whether the state has sufficiently protected the public interest in the deal with Chinese investors. They believe a corruption scandal could be brewing in the construction frame, as the final costs are not transparent.

In last year’s progress report, the European Commission noted that Montenegro had requested co-financing to construct the second section of the highway under the Western Balkans Investment Framework. If the Bar-Boljare motorway project is of corruption scandals or a demonstration of Chinese soft power, it could again stall and disrupt the course of Montenegro’s EU integration.

The first 41-kilometre phase was built by the Chinese Road and Bridge Corporation. It was 85% financed by an $810 million loan from China’s Exim Bank.  The highway project agreed on seven years ago is financed by China, which has increased Montenegro’s public debt to 90.85% of GDP. The first phase was due to be completed by November 2019. However, completion was postponed three times due to technical problems and the COVID-19 pandemic.

Donations of North Macedonia to Ukraine

As a member of NATO, North Macedonia actively supports Ukraine in the war against Russia after its invasion. Only two years have passed since the accession of North Macedonia to NATO, and we can already observe the significance of this small country’s membership. In the last week of July 2022, after the videos of a convoy of Macedonian trucks loaded with Soviet T-72 tanks, the Ministry of Defense of North Macedonia confirmed that it had sent 30 Soviet-made tanks to Ukraine.

What is more, on July 5, the supply of Su-25 jet fighters to Ukraine was announced by North Macedonia. Specifically, four fighter jets that North Macedonia bought in 2001 were actually from Ukraine. Since 2004, these fighter jets have remained motionless, and it was unclear what would be done with them. However, now there is an opportunity to provide them to Ukraine. According to the report, the army does not plan to buy new fighter planes and will focus on the modernization of helicopter wing. The Ministry of Defense says all the steps taken by the military should not threaten or weaken the North Macedonian army.

In February 2022, there was talk of support for Ukraine from the side of North Macedonia. Moreover, thanks to the planned modernization of the army with more than 8,000 active members, this country has the opportunity to donate its combat equipment and thus prove that it is a fully-fledged member of NATO.

The total value was already shown in May of this year. In response to the war in Ukraine, an exercise of NATO troops from 8 allied states took place on the territory of North Macedonia at the country’s most significant military training centre in Krivolak.