On May 6, 2020, the European Union – Western Balkans Summit took place despite the COVID-19 crisis. The Summit was meant to be the highlight of the Croatian Presidency in the Council of the EU in the first semester of 2020, but the global pandemics forced the change of plans. The Summit had to take place online. The most important fact was that it did take place. The EU wanted to show determination, that it does not forget about the Western Balkan region despite the COVID-19 crisis. The Summit was meant to deliver EU’s message of unity and solidarity with the neighbouring region amid the pandemics, and also to confirm the strategic importance of the Western Balkans for the EU. Croatia’s dedication for holding the Summit during its Presidency also played a role, why it took place despite all odds. The Summit was also meant to commemorate 20th anniversary of the Zagreb Summit of  2000 and to build on previous landmark EU – Western Balkans summits such as Thessaloniki (2003) or Sofia (2018).

The main topics of the Summit were obviously the current pandemics, response to it and the assistance the EU is providing to the Western Balkan region (WB6). The EU pledged around 3,3 billion EUR worth of short- and long-term assistance for the Western Balkans only. Out of this enormous sum, a couple of dozens of millions EUR has already been delivered in the form of payments for medical supplies. The most substantial part of the assistance consists of macro-financial assistance, assistance from the European Investment Bank and means for social and economic recovery of the WB6. Due to the COVID-19, health sector seems to be another area of cooperation for the EU and the Western Balkans.

Politically, the most important outcomes of the Zagreb summit were those that either got explicit mentioning in the Summit’s Declaration* or were missing there at all. Like for example, mentioning of the word „enlargement” in connection with the Western Balkans got somehow lost in translation, again. Like in Sofia precisely two years ago, the phrase „EU enlargement“ was well hidden behind the diplomatic language. This shows that the enlargement is still a delicate topic in the EU, despite the adoption of the “new methodology” and the green light for the start of the accession talks with North Macedonia and Albania granted earlier this year.

„The Summit was meant to be the highlight of the Croatian Presidency in the Council of the EU in the first semester of 2020, but the global pandemics forced the change of plans. The Summit had to take place online.“ 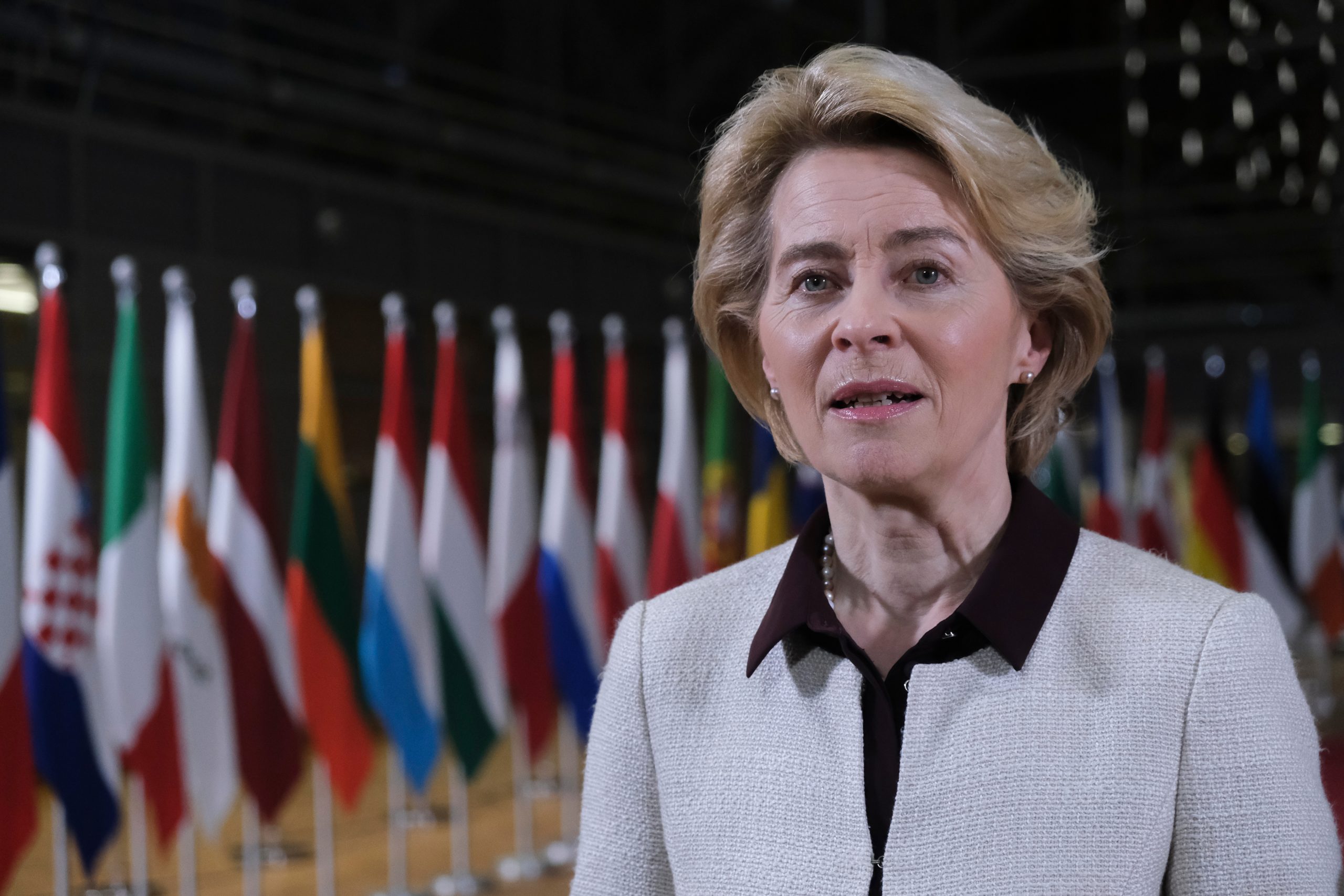 The Need for Genuine Reforms

The Declaration does, however, recognise “region’s European perspective“ right in the first Article. That continues stating the „Western Balkans partners reiterated their commitment to the European perspective as their firm strategic choice“. Typically, that would be stating the obvious, the mere fact the EU’s drafters wanted to have this wording in the Declaration is telling and also suggests they might have some doubts about the seriousness of the „strategic choice“ of their Western Balkans partners. Especially if the first Article of the Declaration continues with „the credibility of this commitment also depends on clear public communication and the implementation of the necessary reforms“. That is a clear nod to some populist Western Balkan leaders that say one thing in Brussels to the EU and something else to their constituencies back home. Likewise, the same leaders have more than lukewarm appetite for real reforms that would lead to better governance, higher transparency and responsibility of the decision-making and maybe less corruption and nepotism. The President of the European Council Charles Michel highlighted these shortcomings also in his speech at the Summit when he stressed „the importance of pursuing reforms in the region, of building a strong democratic framework respectful of the rule of law, and of continuing to fight corruption”.

The theme of more EU’s support for more reforms on the part of Western Balkan partners is weaving like a silver lining through the whole Zagreb Declaration. The EU pledged to “further intensify its engagement at all levels to support the region’s political, economic and social transformation“. On the other hand, clearly stated that the increased EU assistance „will be linked to tangible progress in the rule of law and in socio-economic reforms, as well as on the Western Balkans partners’ adherence to EU values, rules and standards“. Coupled with the „reversibility mechanism“ introduced within the „revised enlargement methodology“ underlines EU’s commitment to the real reformers and performers. The reversibility mechanism is a handbrake hanging over each candidate and future candidate country, that can be engaged whenever there is a backsliding in the negotiating process. This possibility had always been there – see Turkey – but it was not so clearly defined and named.

If the EU enlargement is supposed to be a successful process in the times of the enlargement fatigue on both sides of the negotiating table, it needs to be credible. It needs to be credible towards constituencies in EU countries, especially those more sceptical and it also needs to be credible towards sceptical populations of Western Balkan countries. This credibility can be restored if candidate countries are evaluated based on their merits – meaning socio-economic reforms, good governance, good neighbourly relations, fight against corruption and internationally-organised crime. Then the leaders of the EU member countries will be able to explain to own constituencies, why enlargement is necessary and that an individual candidate is ready to join the Union. On the other hand, the process has to be credible also to constituencies in Western Balkan countries. They need to feel the improvement in living standards – not only in terms of economic wellbeing but also in terms of good governance and observance of European values. Of course, the process would be even more credible if the EU institutions would (and they should) be more strict towards own members showing strong signs of democratic backsliding.

„The increased EU assistance will be linked to tangible progress in the rule of law and in socio-economic reforms, as well as on the Western Balkans partners’ adherence to EU values, rules and standards.“

„The fact that this [EU] support and cooperation goes far beyond what any other partner has provided to the region deserves public acknowledgement.“

EU’s Assistance to Fight COVID-19 in the Western Balkans

Probably the most interesting formulation in the Zagreb Declaration concerns the EU’s assistance to fight COVID-19 and its impact on the Western Balkan countries. In the Article 5 of the Declaration in connection with the assistance, it states: „the fact that this [EU] support and cooperation goes far beyond what any other partner has provided to the region deserves public acknowledgement“. It is an apparent reaction to exaggerated over-appreciation by the Balkan leaders of assistance from countries such as Russia and China. At the same time, the EU’s help was somewhat overlooked and understated. EU is investing a lot in the region, providing by far the highest amount of development and technical assistance, yet falls short in getting credit for it. This is EU’s long-term problem, despite significant amounts of money invested in its neighbourhood, visibility and recognition of this assistance has been somewhat weak. Finally, the EU representatives expressed they had enough of this and expected at least fair recognition of what the EU was contributing to its partners. The fact it needed to be written in a plain language in the Zagreb Declaration means the EU also wants to fight disinformation and propaganda about who helped, how much and how in the Western Balkans during the COVID-19 crisis.

The need for strategic communication that is „essential“ made it also to the Declaration. Quite strong-worded Article 8 calls for the intention to „reinforce cooperation [between the EU and WB6] on addressing disinformation and other hybrid activities originating in particular from third-state actors seeking to undermine the European perspective of the region. Closer collaboration is needed in resilience-building and cybersecurity.

Security issues are in general high on the EU – Western Balkans agenda, Articles 12 and 13 of the Declaration were dedicated to the security challenges, cooperation at the operational level specifically in the area of “preventing and countering terrorism and extremism, including the financing, radicalisation and return of foreign terrorist fighters“. The Summit also called upon Western Balkan partners to cooperate more closely at the intra-regional level and where beneficial drawing on EU tools and frameworks.

In Article 18, the EU appreciated the „contribution of Western Balkans’ partners to the EU missions and operations“. At the same time, however, the EU expects a „further deepening of cooperation in the area of Common Foreign and Security Policy (CFSP) and reiterates its calls on all partners to progress towards full alignment with EU foreign policy positions, notably on issues where major common interests are at stake, and to act accordingly“. This is a clear nod to Serbia, that has been criticised for years already, for its foreign policy towards Russia and China that does not necessarily align with the EU’s positions.

The only person that „earned“ an Article in the Zagreb Declaration (No. 9) was the Slovak diplomat Miroslav Lajčák, newly appointed „EU Special Representative for the Belgrade – Pristina Dialogue and other Western Balkan regional issues“. The EU member states „welcomed his recent appointment“, thus aligning behind him, strengthening the legitimacy of his mandate, that came under fire from a couple of Balkan leaders even before he was physically able to move to Brussels.

The main messages of the Zagreb Summit were that the EU is ready and helping the region to cope with the COVID-19 pandemics and its socio-economic impacts. The Western Balkans is the region of strategic importance with the European perspective – read: „future in the EU“. It is encouraging that the EU member countries could agree on this priority amid global pandemics that took everybody by surprise. Last but definitely not least, the EU sent a clear message that it supports the genuine reform efforts in candidate and to-be candidate countries. At the same time, refused the two-faced approach of some leaders.

The EU membership is a strategic choice for a candidate country. That was definitely the case for countries joining the EU in May 2004. The efforts of the whole society, decision making and reformers were put in line with that one strategic goal. Nobody was blackmailing the EU, that if it does not accept us – no questions asked – then there will be some kind of „power vacuum“ and „others“ will come to „fill it in“. Newcomers 2004 wanted to share the European values and to belong to the joint European project. In the Western Balkans nowadays, things seem to be more complex. Despite the geography, when the EU countries are literally encircling the Western Balkans and the shortest distance to, e.g. Russia is 1.100 km or China 4.200 km; despite the economy and trade, when the EU and its members are by far the biggest trade partners and investors as well as providers of the assistance in each of the WB6; despite or maybe because of that some leaders think that there are shortcuts to the full benefits of the EU membership without necessary reforms and following rules. However, there are no shortcuts, and there should be no shortcuts – for the sake of the credibility of the EU enlargement process.

*Quotes are from the Zagreb Summit Declaration, accessible here.

„The Western Balkans is the region of strategic importance with the European perspective – read: „future in the EU“. It is encouraging that the EU member countries could agree on this priority amid global pandemics that took everybody by surprise.“