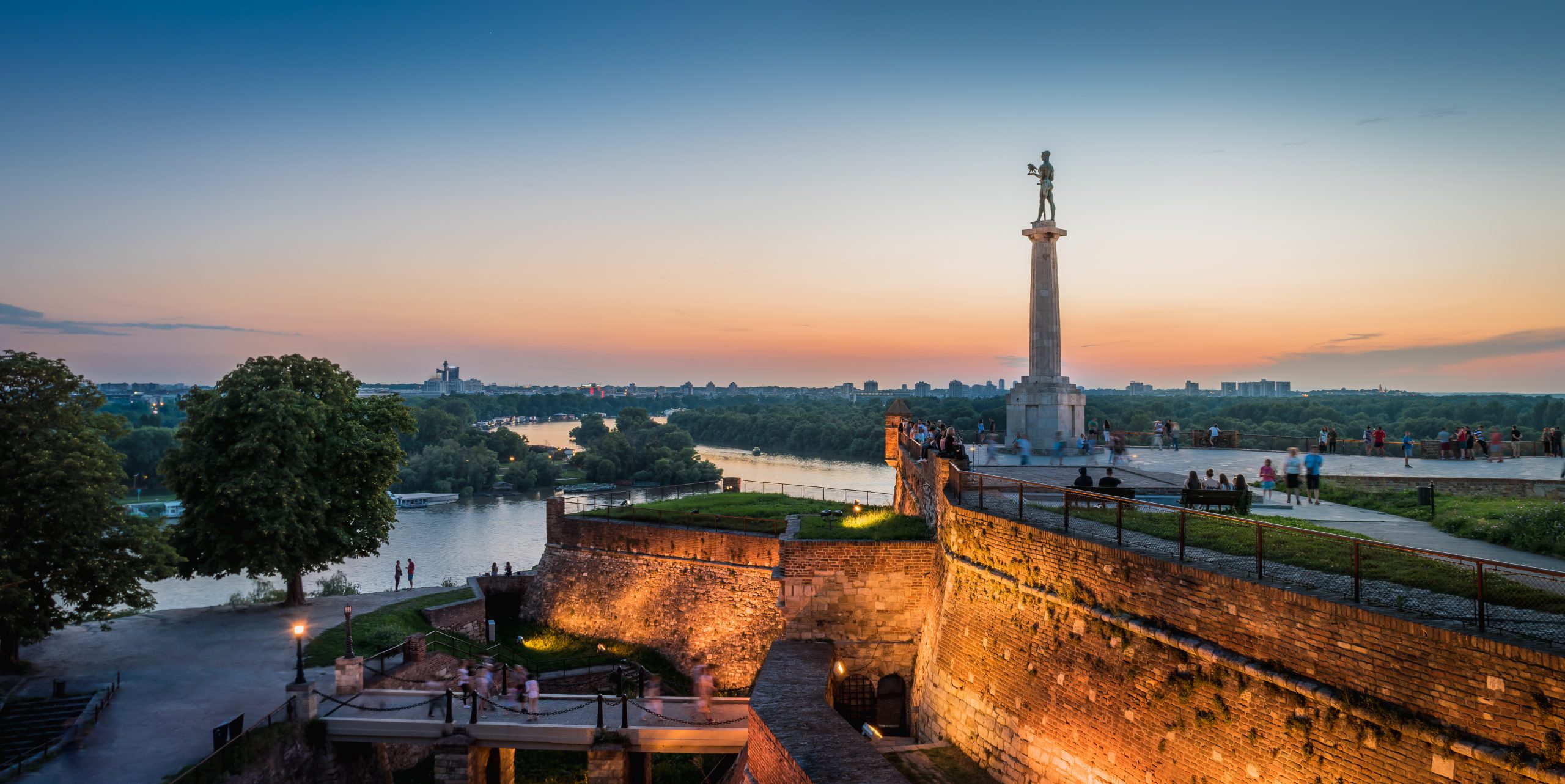 Albania, the US agreed on the close coordination of the 5G infrastructure development

On June 13, Albania Prime Minister Edi Rama and the US Secretary of State Anthony Blinken signed an agreement on solid coordination of the two countries’ 5G infrastructure development during their meeting in Brussels. By signing the contract, Albania joined other Western Balkan countries to secure safe 5G equipment. Serbia, Kosovo and North Macedonia have already promised similar bans on 5G equipment from „untrusted vendors“.

The deal primarily aims at preventing China’s Huawei presence. The US has recently labelled Huawei, along with some other Chinese tech companies as national security threats. The Chinese government likely uses Huawei 5G equipment for spying purposes and for collecting sensitive data. The new Biden administration tries to work closely with allies to tackle Chinese tech dominance and halt its aggressive expansion.

Albania also participates in the US initiative “The Clean Network”, which brings together countries that have banned the Huawei 5G. The US Secretary of State Anthony Blinken praised the active role of Albania that could encourage other countries in the region to join the effort. Blinken’s meeting with Rama was his first one with a Balkan leader, and Albania has thus strengthened its status as a firm US ally.

On June 14, a NATO summit was held in Brussels, which US President Joe Biden attended for the first time since he took office. The summit addressed several issues, such as global challenges from China and Russia, promoted the stability of Bosnia and Herzegovina and opened a new chapter in transatlantic relations. The Western Balkans region is currently marked by China’s growing influence, as the Allies pointed out at the outset of the summit. They argued that they need to promote unity, solidarity, and cohesion in the Western Balkans.

The summit addressed the stability and territorial integrity of Bosnia and Herzegovina. The Allies supported domestic reconciliation in the country following the Dayton Peace Treaty while calling on political leaders to avoid confrontation. The decision was essential for Croatian President Zoran Milanovic, who said he would not make a final statement without the Dayton Accords. The day before the summit, he communicated with NATO Secretary-General Jens Stoltenberg, which was a big step for Milanovic.

After 20 years, Zagreb has a new mayor

Tomislav Tomisevic, a left-wing green candidate, won local elections in the Croatian capital Zagreb with 65% of the vote. Tomisevic from the opposition party We can! with his progressive environmental policy is considered to be a symbol of a new generation. He is known for his activism and criticism of the former mayor of Zagreb Milan Bandic, who had been mayor for 20 years and was accused of corruption. He was in the race for his seventh term, but he died of a heart attack in February.

Since Croatia gained independence in 1991, the capital Zagreb has had mayors from only two parties, the ruling conservative HDZ party and the Social Democrats, who are now in opposition.

The dominant victory over the folk singer Škor, who gained 35%, was preceded by years of activism and protests against former mayor Bandic. He became known in 2010 when he organized a protest against the construction of an underground garage on Zagreb’s Varsavska Street, where local entrepreneur Tomislav Horvatincic had built a plush shopping centre.

Tomasevic studied the Political studies faculty of the University of Zagreb. He also completed a postgraduate degree in environment, science and development at the University of Cambridge. As a teenager, he became active in environmentalism. He was leading the NGO Green Action between 2007 and 2012. He also worked for the Heinrich Böll Stiftung, connected with the German Green Party and then became programme manager of the Institute for Political Ecology IPE.

One of his pre-election promises was that he would forgo the mayor’s official car favouring bicycle, public transport, or walking if he wins the elections. He will use the official vehicle only if necessary due to the protocol.

On June 15, an EU mediated meeting was held between the delegation of Serbia and Kosovo in Brussels. Serbian President Aleksandar Vučic held talks with the newly elected Prime Minister of Kosovo, Albin Kurti, in the presence of the EU representatives Joseph Borell and Miroslav Lajčák. Even though they agreed on almost nothing, Lajčák described the meeting as “a very open and frank exchange on what they each wanted from the dialogue.”

Kurti came with four new proposals. Firstly, he requested to launch a new agreement on SEFTA (South-eastern European Free Trade Agreement). According to Kurti, in the current agreement CEFTA (Central European Free Trade Agreement), Kosovo is treated unequally and unjustly. SEFTA would include the countries of the Western Balkans as equal members with equal rights, based on a special relationship with the EU, similar to the European Economic Area (EEA).

The second proposal was to immediately sign a peace agreement between Serbia and Kosovo, guaranteeing that they would not attack each other. The third proposed point was dealing with minorities. Kurti asks for bilateral reciprocity to be established between the two states following mutual recognition, including the issue of minority communities. There should be a National Council for Serbs in Kosovo, such as Albanians and Bosniaks have in Serbia. Last but not least, Kurti has requested the dismissal of the head of Serbia’s Commission for Missing Persons, Veljko Odalović, due to his position as Chief of Staff of the Kosovo Region in 1997-1999, including the Kosovo war.

Vučić reacted that Kurti came to Brussels with the intention not to agree with Serbian counterparts. He noted that Kurti asked him when Serbia will recognize Kosovo, but Vučić responded that it would never happen. Serbia President also listed three main points the Albanian delegation did not want to agree on. They disagreed on Serbian proposal on forming the Community of Serb Municipalities (CSM) in Kosovo. Vučić proposed Kurti to specify any possible place where he expected to be mass graves, and Belgrade will investigate it. He, in turn, named nine locations in Kosovo where he believed the remains of killed Kosovo’s Serbs are located, but Kurti refused. The dialogue process will continue before the end of July, but any notable development in Kosovo-Serbian relations is not expected. 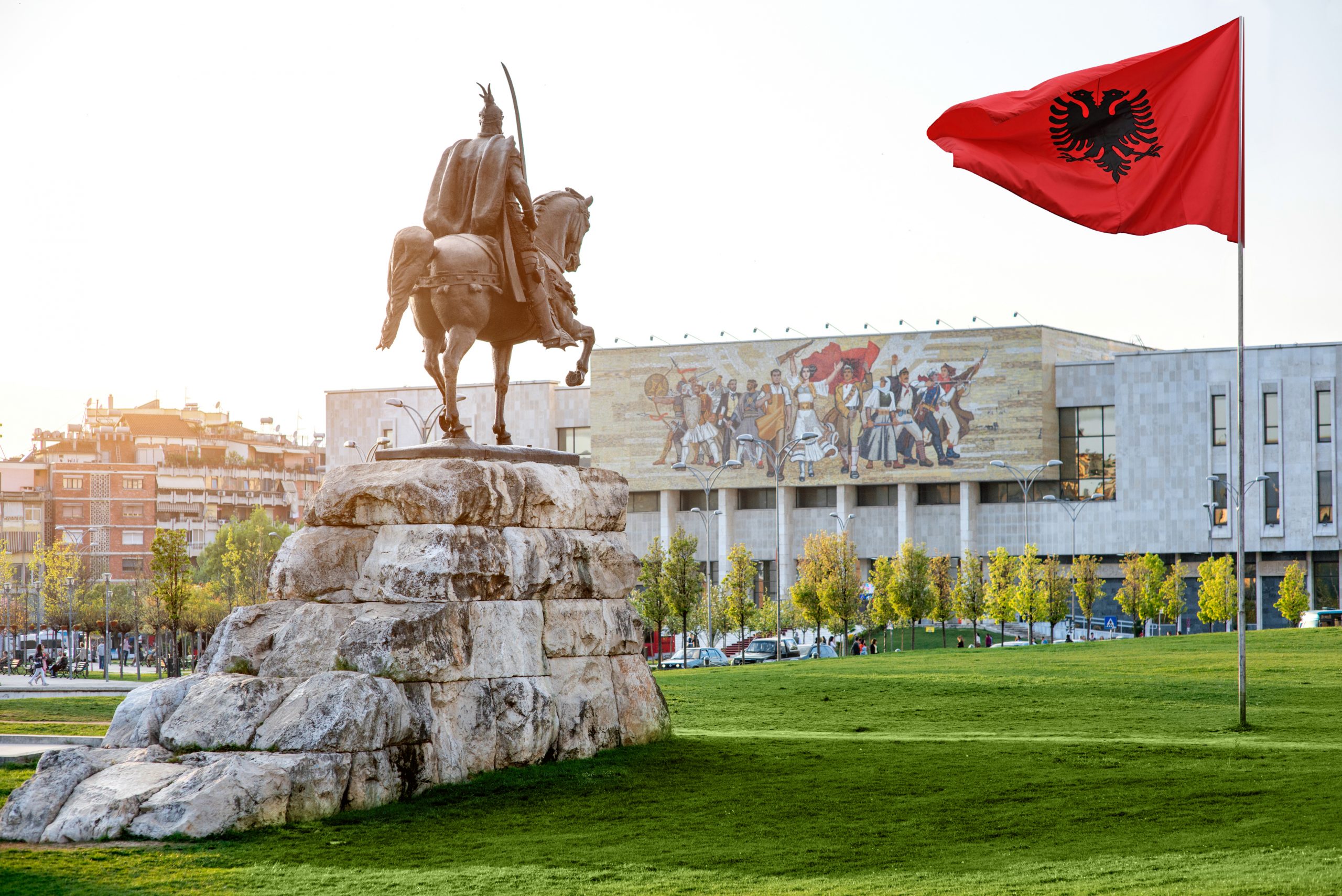 The Government crisis: reconstruction or another “new change”

In August 2020, a new government was elected in Montenegro, ending three decades of rule by the oldest political party in the country – the Democratic Party of Socialists (DPS0. After almost a year in power, the new coalition announced doubts about their future in the government, as the most significant party of the Montenegrin Government, the Democratic Front, has boycotted the release of Justice Minister Vladimir Leposavic. He deconstructed the judgments of the Hague Tribunal Classification of Massacre in Srebrenica in 1995 as a genocide.

Krivokapic, together with the parties that elected him as the country’s prime minister, repeatedly met due to his call for the removal of the (former) Minister Leposavic. The cooperation led to the Parliament’s adoption of the resolution following the statements of the Minister of Justice, which prohibits public denial of the Srebrenica genocide.

In early June, the party For the Future of Montenegro began negotiations on government reconstruction, calling on Krivokapic to turn the parties’ leaders into ministers, an idea which the PM refused. He argued that only a government of experts can help Montenegro to move forward.

The new government was seen as an “experiment” in society. The coalition of several parties with different views currently shows the fragility of relations in difficult political situations. Analysts say that if no agreement is reached between the majority bloc and the prime minister, political conflicts will continue, leading to the government’s fall or new elections. According to several experts, the reconstruction of the government in Montenegro is therefore considered a necessity.

A breakthrough with Bulgaria in the dispute over history

North Macedonia has begun to intensify diplomatic talks with Bulgaria over a breakthrough in history disputes to allow accession negotiations with the European Union to begin.

During its presidency of the EU Council, Bulgaria organized a special summit in 2018, where it acted as a strong promoter of the EU’s enlargement to the Western Balkans. However, last year in November, The move came as a surprise when Bulgaria vetoed the decision to start the EU membership talks with North Macedonia.

The beginning of June was hoped to be seen as a possible breakthrough in discussions on national issues. Both countries are supported by Brussels, which seeks a mutual agreement to achieve a potential breakthrough. At the same time, they seek to create a mechanism that strengthens cooperation and trust between states. Along with the opening of accession negotiations, the Union is working to address other sensitive issues.

North Macedonia is currently under intense pressure from the opposition, accusing the current government of Zoran Zaev of a secret plan to give up to the Bulgarian demands. They argue that the question of Macedonian identity is the most important to the Macedonian nation. The leaders of North Macedonia believe that they could agree on a joint approach with Bulgaria.

The sensitive issue of “common history” between Sofia and Skopje has torn relations between the countries. The Bulgarian Parliament has argued that they will not tolerate the distortion of false historical events and documents and the position and views of Bulgarian history. Skopje said they could not compromise on issues such as national identity. Bulgaria, where early parliamentary elections are expected to take place in July, has encountered a harsh critique even from the EU partners, including Austria. Many Bulgarians found it shocking that the European Union member states show greater solidarity with a country outside the Union. North Macedonia, however, has done everything the EU requested from it to start the accession negotiations.

Reactions after the Haag’s tribunal final verdict about Ratko Mladić

Ratko Mladić, former Bosnian Serb commander, received a life sentence in 2017 for the responsibility of killing about 8.000 Muslim men and boys in Srebrenica in 1995. The Srebrenica massacre is considered the worst atrocity since World War II in Europe. He appealed against the verdict in 2017. The final judgment, which found Mladic guilty, was heard on June 8.

The verdict provoked various reactions in Serbia’s pro-government newspapers. Ratko Mladić was on the front page of the newspaper immediately the day after the verdict. According to Informer, Mladić “is forever a Serbian hero,” and he was convicted despite “absolutely no evidence.” There was a headline in tabloid Kurir “Hague injustice for Mladić”. Vecernje Novosti published a photo of shock-looked Mladić with the title “They dealt the final blow”.

There were not so many reactions among Serbian politicians. President Aleksandar Vučić addressed the verdict indirectly at the UN Security Council meeting. He said that “neither Serbia nor the Serbian people have been convicted of anything”. The Minister of Interior Aleksandar Vulin, known for his nationalistic rhetorics, was the only one who reacted by saying that Mladić’s life sentence was a “revenge, not a verdict”.

Bosniak and Croat members of the BiH trilateral presidency welcomed the verdict except for the Serbian Milorad Dodik. He said that the Mladić verdict “has nothing to do with law and justice”. In a press conference, he also noted that the trial was held to “Satanism” Serbs and claimed that “an attempt is being made to create a myth about the genocide in Srebrenica, which did not happen”.

This was a long-awaited verdict in Bosnia and Herzegovina. Bosnian Foreign Minister Bisera Turkovic said she is relieved that the judgment is finally done, and she also added that glorification of genocide must be prohibited. Survivor Semso Osmanovic, who lost 23 family members in the massacre, said that the verdict meant he finally feels able to return to his hometown.

The US President Joe Biden said the “historic judgment shows that those who commit horrific crimes will be held accountable. It also reinforces our shared resolve to preventing future atrocities from occurring anywhere in the world”.