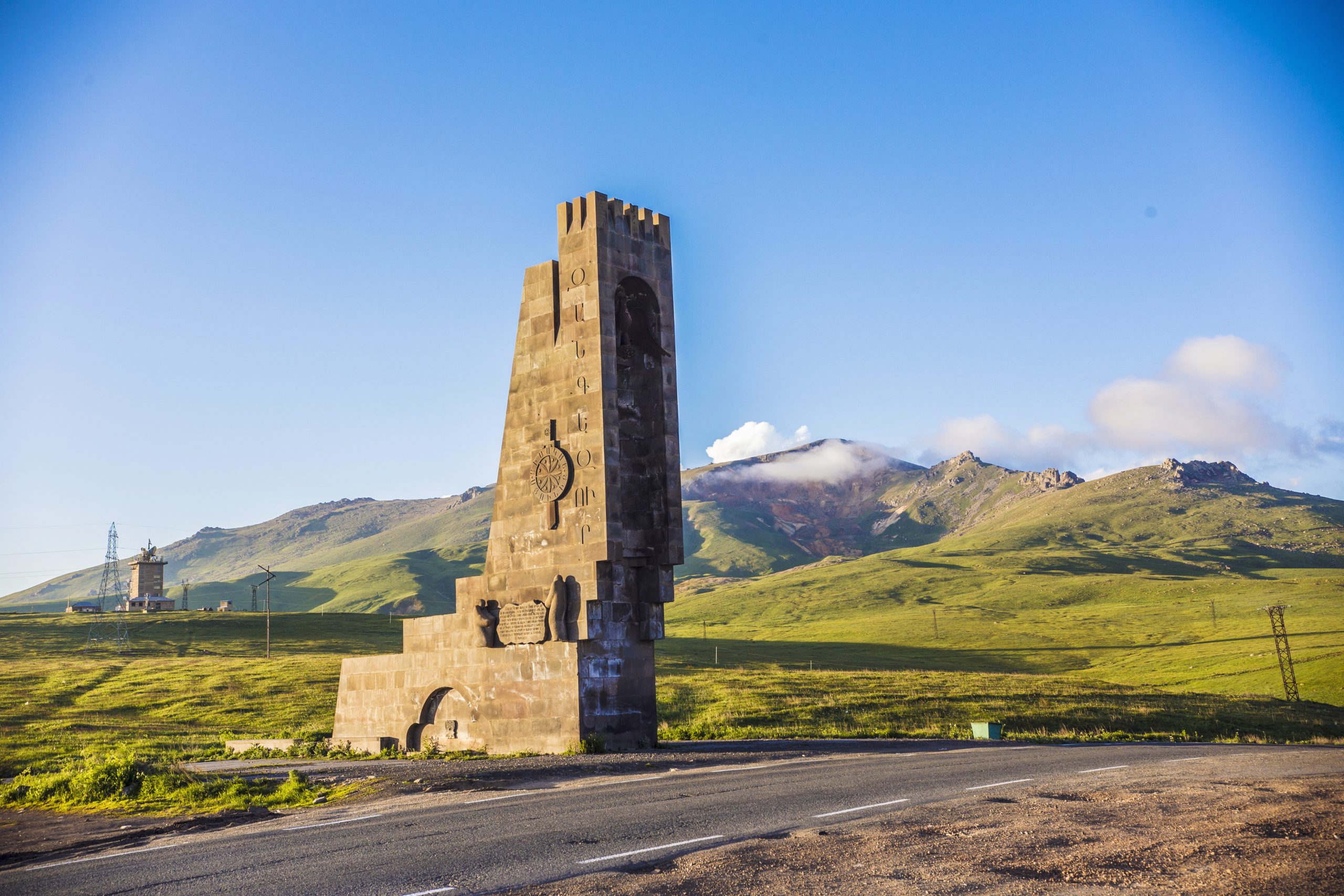 Armenian PM Nikol Pashinyan announced on December 25 that he is ready to hold discussions with the country’s political parties about the possibility of holding early parliamentary elections next year.

At the same time, however, Armenian leader rejected the opposition’s calls for his resignation in connection with his approach to resolving the Nagorno-Karabakh conflict with Azerbaijan. Pashinyan has defended the recent ceasefire agreement as a painful but necessary move to prevent Azerbaijan from overrunning the entire Nagorno-Karabakh.

The PM also stressed that his critics lack broad public support, adding that he is ready to rule again in the case of victory in the elections. „I’m not clinging to the prime minister’s seat, but I can’t carelessly treat the post given to me by the people,“ he wrote on Facebook.

Earlier that week – on Monday, December 21, protesters forced Pashinyan to cut short a three-day mourning tour for the country’s 3,000 war dead by blocking his route to the border town of Goris in the Syunik region. The town’s mayor orchestrated the defiant act and was later arrested.

The following day, on Tuesday couple of thousands of Armenians descended on the capital, Yerevan to set up encampments outside government buildings to force Pashinian’s resignation.

Some houses, pastures, and fields in the villages of Vorotan and Shurnukh in the Syunik region ended up on Azerbaijan’s territory after the demarcation line between the countries was determined.

The head of the Vorotan community, Suren Ohanjanyan, told the „Caucasian Knot“ that in the process of determining the border positions, it turned out that part of their village, along with buildings, including residential buildings, passed to Azerbaijan, „despite the fact that this territory has always been part of Vorotan communities“.

Ohanjanyan noted that the determination of positions is carried out using the GPS. „My brother’s house is being transferred to Azerbaijanis. Now he cannot come close to his house to collect things. Many people were engaged in agriculture on the transferred territory,“ he said.

At the cabinet sitting on December 24, Armenia’s Prime Minister Nikol Pashinyan spoke about the border point location works in Armenia’s Syunik, claiming it increases the security of the region.

„We increase Syunik’s security guarantees and form a new system of security guarantees for Armenia. We have two settlements over which some issues may arise, the one is Vorotan and the second Shurnukh, where we have some border issues and works over it are undergoing every day,“ he said.

The premier stressed that these issues might result in painful situations. „But I want to assure you that the government will come up with equivalent compensations and the interests of our citizens will fully be protected,“ he added.

Russian border guards will be deployed at some sections of the Armenian-Azerbaijan border in the Syunik region in southern Armenia, where the border has not been demarked yet.

According to the Armenian ministry of Defence, Russian forces should be deployed on 21 km-long section of the Goris-Kapan highway, which passes through the disputed area, between Armenia and Azerbaijan. They should ensure the safety of this vital road.

As Civil.net reports, Syunik’s community leaders say that a number of their towns and villages have found themselves directly beneath Azerbaijani military units. „People are demanding security guarantees,“ said Gevorg Parsyan, mayor of Syunik’s provincial capital Kapan. On Thursday a number of volunteer military reservists had closed a major highway in protest of instructions from Armenia’s defence ministry that ordered them to leave their military positions by 17:00 on December 18.

On the same day, the Syunik region residents blocked the Goris-Kapan road, demanding to cancel the Armenian Defense Ministry’s decision to transfer the heights near Kapan to the Azerbaijani side. Despite that, Armenian forces retreated from the area’s strategic hights, which are now controlled by Azerbaijani forces. Armenian Prime minister Nikol Pashinyan claimed that the retreat was necessary as there was a likelihood of renewed hostilities the region.

„The people of Syunik remember the war of the 90s. They were also among the first in this war to feel the threat from drones over their heads, so their behaviour is defensive. They know what may follow after the surrender of the territories (in Syunik), what threat they will face. After the surrender of the Armenian positions on the border, Azerbaijani posts were located in such places that they could shoot at residents of the city of Kapan from light arms without any obstacles,“ told Srbui Grigoryan, MP from the opposition party Bright Armenia for Caucasian Knot.

Armenia’s southern Syunik Province borders Iran to the south, the Azerbaijani enclave of Nakhichevan to the west, and as of November 9, Azerbaijan proper to the east. The new eastern border will be established due to the ceasefire agreement signed by heads of Armenia, Azerbaijan, and Russia, which handed over much of the Armenian-controlled territory in the area to Azerbaijan. The border should be established with respect to Soviet maps.

The Caucasian Knot reported that the beginning of negotiations on the Armenian-Azerbaijani border demarcation, which was not held due to the Karabakh conflict, is scheduled for December. Meanwhile, Armenian experts warned that even Georgia has not yet delimited the border with Azerbaijan, and negotiations between Yerevan and Baku will be much more problematic. 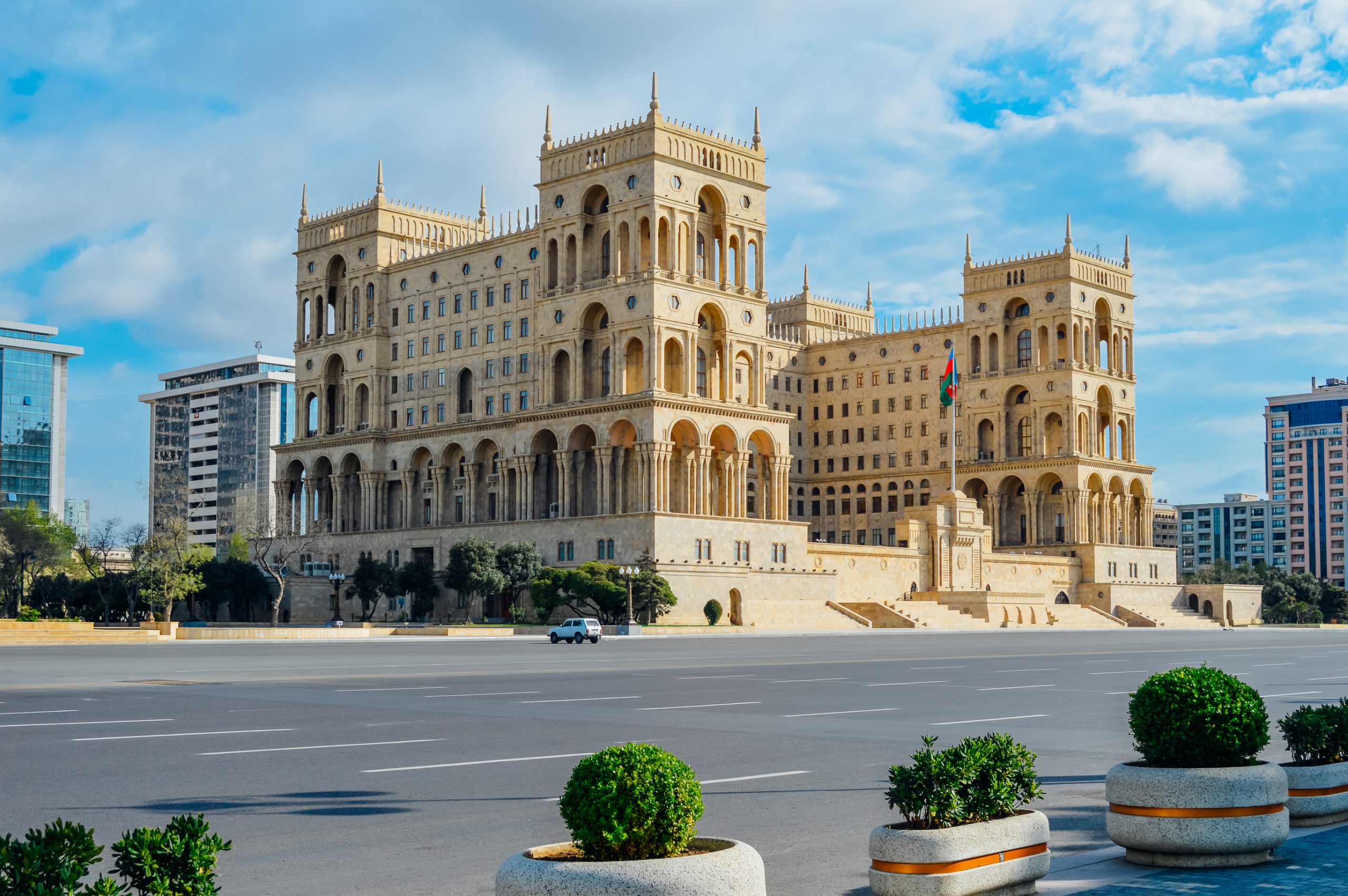 Featured: After clashes in Nagorno-Karabakh Russian forces temporarily redrew borders of their mission

Russian peacekeeping mission in Nagorno-Karabakh temporarily expanded its geographic presence in the region following the first clash between Azerbaijani and Armenian forces since the November 10 ceasefire agreement.

Azerbaijani forces attempted to expel Armenian units from a small enclave in the Hadrut province, saying that Armenians had carried out two deadly attacks on their forces over the past three weeks.

After several hours of fighting with Armenian militiamen, the Azerbaijanis managed to occupy village Hin Taghlar and fight their way to the edges of the Khtsaberd settlement.

At that time, however, the first forces of Russian peacekeepers had already arrived on the battlefield. The next day morning, after the Russians received additional reinforcements, the fighting had finally ceased.

On Sunday, December 13, just hours after the incident, the Russian Ministry of Defense released a new map of the Russian peacekeeping zone, which unexpectedly included the settlements of Hin Taghlar and Khtsaberd, including a tens of kilometres long territorial corridor connecting Russian control. The map was changed without any commentary or explanation from the Kremlin.

“In my opinion, peacekeepers sometimes allow themselves to take actions that go beyond their mandate. I hope that the leadership of the Ministry of Defense and the special services of Azerbaijan expressed their thoughts on this matter at their meetings with the leaders of the peacekeeping forces,” says the deputy of the Azerbaijani “Milli Mejlis” Tair Karimli. “Neither other countries, nor the Azerbaijani public agrees to the presence of Russian peacekeeping forces in Karabakh. They must respect the sovereign rights of Azerbaijan,” he added.

On the following day, new map, published by the Russian MoD, returned back to normal. In a live address on December 16, Nagorno-Karabakh President Arayik Harutyunyan stated that “dozens of Armenian soldiers had fallen captive near Khtsaberd”.

Poll: Most Azerbaijanis do not believe peaceful co-existence with Armenians in Nagorno-Karabakh is possible

According to the recent poll, conducted by the Azerbaijani Centre for Sociologic Studies, as much as 66.2% respondents believe that Azerbaijanis and Armenians‘ co-existence in the administrative territories of Karabakh will never be possible.

Another 19.4% believe that this would be possible only in a few years. Only 4.8% of respondents claimed that such co-existence will be possible in the near future.

The survey was conducted among 603 randomly selected respondents in large cities of Azerbaijan via telephone interviews.

Armenia’s Defence Ministry has reported that Azerbaijani forces have captured 62 Armenian soldiers during skirmishes near villages of Khtsaberd and Hin Tagher.

Several videos showing a number of Armenian soldiers in Azerbaijani captivity have been published on Telegram channels shortly after December 12-13 skirmishes in the Hadrut region of Nagorno-Karabakh.

A number of Armenian residents have since come forward and said that they recognised relatives in the videos, adding that they were part of a volunteer contingent deployed to Khtsaberd and Hin Tagher.

In a live address on December 16, Nagorno-Karabakh de facto President Arayik Harutyunyan stated that “dozens of Armenian soldiers had fallen captive near Khtsaberd”.

He later said that the list with the names of 62 servicemen captured by the Azerbaijani side in Hin Tagher-Khtsaberd direction had been handed over to the International Committee of the Red Cross, adding that the issue is also in the focus of the leadership of the Russian peacekeepers’ contingent in Nagorno-Karabakh. 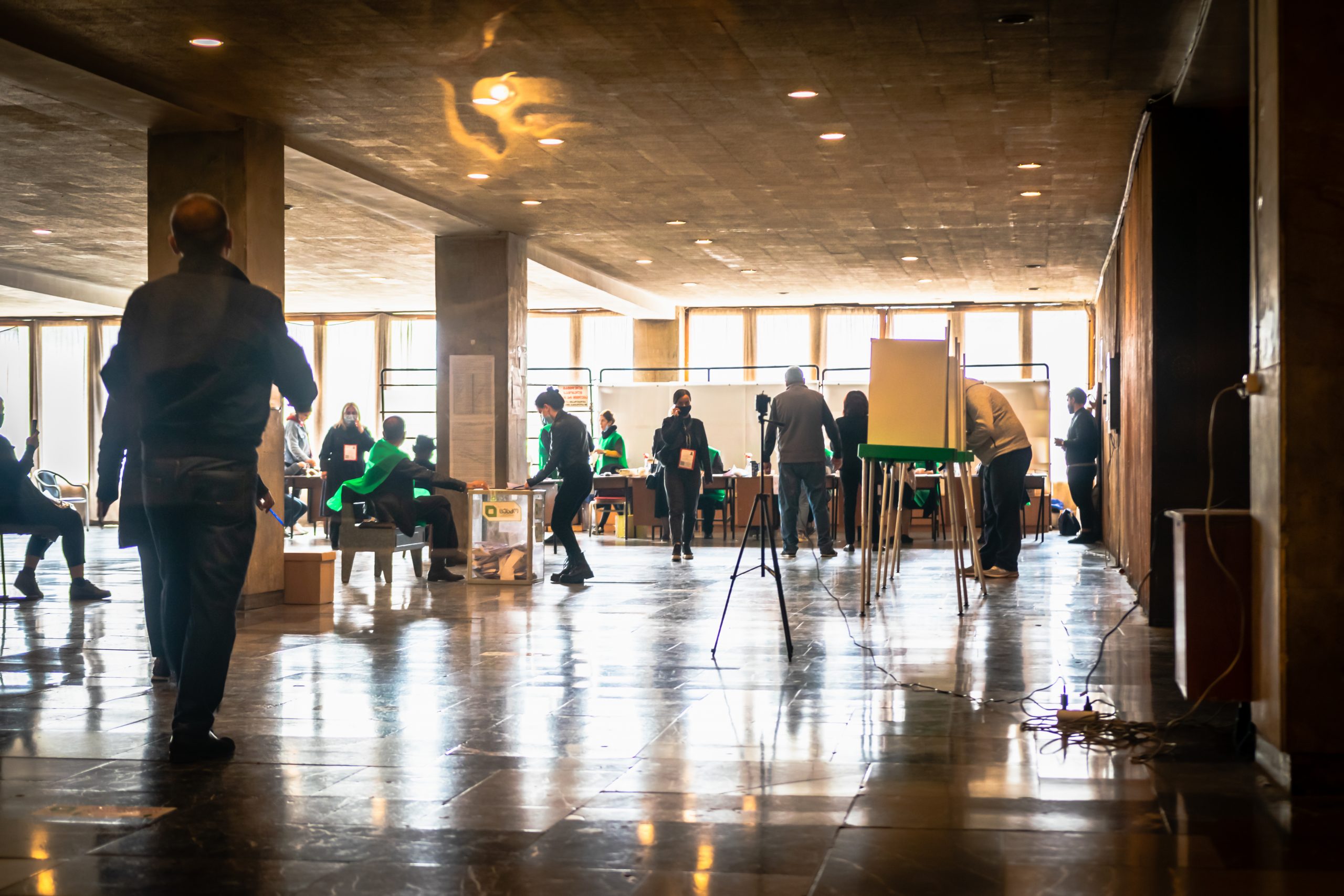 The head of the United National Movement (UNM), the strongest opposition party in Georgia, Grigol Vashadze has stated on December 13 that he has left the party. He listed the presence of „odious figures“ in the party and attacks on the (western) diplomatic corps and „other controversies“ as primary reasons for his resignation.

„…there are issues which are absolutely unacceptable to me. I disagree with the recent tactics or the UNM leaders that have been chosen without consultations with the party members, as well as the absence of a party strategy. There are odious figures in and around the party who are the part of the past and will never be able to regain the public trust. Attacking our strategic partners and heads of missions are very concerning,“ Vashadze said. The senior politician added that this only benefited the ruling Georgian Dream, which ousted the UNM from power in 2012.

As OC Media reminds, Vashadze’s departure is the party’s most significant resignation since January 2017, when the party split and several prominent party members left to found the European Georgia Party.

Georgian election watchdog, the International Society for Fair Elections and Democracy (ISFED), has admitted a mistake in their parallel vote tabulation (PVT). The organisation, which came under heavy criticism from the ruling Georgian Dream party, claims the mistake has not affected the number of mandates to be awarded to the political subjects.

Following the October 31 parliamentary elections, ISFED unveiled their PVT results, which gave Georgian Dream 45.8% of the vote – which is 2,4% less than official results. In their post-election report on November 1, ISFED also claimed that in 8% of polling stations the number of cast ballot papers exceeded the number of voters’ signatures, which they said could have affected the results by 4.1%. Irregularities raised by ISFED and other watchdogs gave opposition forces in the country a cause to call elections rigged and to boycott the new parliament.

On December 14, ISFED informed it identified an error in the vote calculation formula used for the PVT, which had resulted in slight discrepancies between the Central Election Commission (CEC) and PVT results for three electoral subjects.

In reaction to that, the ruling Georgian Dream party challenged the group to name all 8% of polling stations where they had reported that the cast ballot papers exceeded the voters’ signatures. The party’s executive secretary, Irakli Kobakhidze, demanded that ISFED come forward with the polling stations or apologise. He insisted that the actual discrepancy that ISFED had found did not amount to ‘even 1%’.