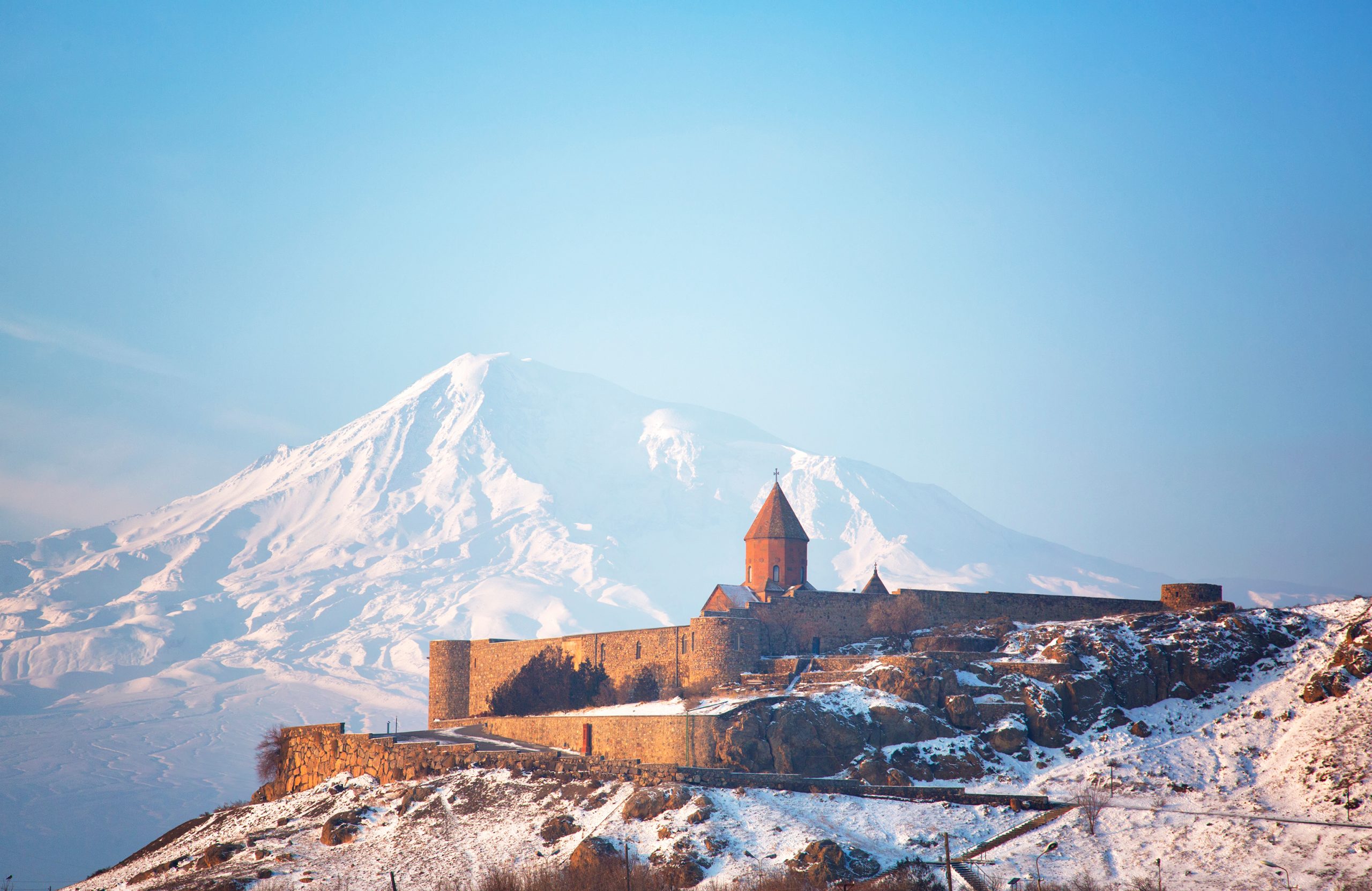 Armenian generals called upon the Prime Minister to step down

The General Staff of the Armenian Armed Forces has called on Prime Minister Nikol Pashinyan to resign immediately on February 25 in connection with the dismissal of the First Deputy Head of the General Staff General Tiran Khachatrian. The conflict between the General Staff and the PM flared up after the latter’s criticism of Russian made Iskander short-range ballistic missile systems.

Answering the relevant question and commenting on the accusation of the ex-President of Armenia Serzh Sargsyan about the untimely use of Iskander by the Armenian Army during the last military conflict in Nagorno-Karabakh, Pashinyan stated that the missiles of the Russian system „are not suitable for the use“ and „did not explode completely“. “Let him ask the question why the Iskander missile did not explode? Or why did it explode ten per cent, for example?” asked Pashinyan the journalist in reaction to Sargsyan’s criticism.

Pashinjan’s statements subsequently caused a storm in the Armenian media, which decided to address the Deputy Chief of General Staff Tiran Khachatryan and ask him if it is possible for Iskander missiles to explode by only 10 per cent. This led to the second act of the whole drama. In response to a question from journalists, Khachatryan first laughed for a long time and then replied: „Of course, this is impossible. How? Iskander? One-shot? At 10 per cent? I’m sorry, but this is frivolous. It is not possible to make similar statements and similar conclusions,“ Khachatryan replied. He then urged journalists not to address the topic further or make up inaccurate ideas about similar military technology.

Khachatryan was removed from office shortly after the interview, which in turn led to calls for PMs resignation by the general staff. In its statement, the General Staff expressed its strong protest in connection with Khachatryan’s dismissal and called it “short-sighted unreasonable and carried out without taking into account the national and state interests of the Republic of Armenia and based only on personal ambitions”.

Altogether thirty-six high-ranking military officials of the General Staff, as well as Army’s commands, subsequently called on the Prime Minister to resign, among other things, for „ineffective“ management of the state and „serious mistakes in foreign policy that led to the country’s decline.“

The PM in his turn accused the army of the putsch and called on his supporters to take the streets. Protest of both Pashinyan’s supporters and opponents have been held in Yerevan since.

Charges have been pressed against Vazgen Manukyan on March 3 for public calls to usurp power and overthrow the constitutional order. Manukyan is the joint candidate for the post of Prime Minister of Armenia of the opposition-led Fatherland Salvation Movement.

“At any moment — it could be today, one week later or ten days later — we must be ready for revolting and taking power at lightning speed,” Manukyan said during the February 20 rally, describing it as a “Plan B” for the opposition, which has been campaigning for Prime Minister Nikol Pashinyan’s resignation since he signed the November 9 agreement that ended military actions in Karabakh, but stipulated the surrender of several territories controlled by Armenian forces to Azerbaijan. “We will follow Plan A but must always be ready for Plan B,” said Manukyan during the February 20 rally.

„I am not going to testify“, Manukyan said on March 4, while going in for questioning by Armenia’s Investigative Committee. Before the questioning began, Manukyan told journalists he does not regret anything that he had previously said. He has since been released on the promise that he would not leave the country.

In 1990-1991, Vagzen Manukyan was post-Soviet Armenia’s first prime minister and also served as defence minister in 1992-1993. He was also a co-founder and the coordinator of the Karabakh Committee, the body which led the Karabakh movement aimed at uniting Nagorno-Karabakh with  Soviet Armenia.

On March 5, Azerbaijan’s ruling New Azerbaijan Party (NAP) held its 7th congress, where it adopted a new organisational charter and removed several senior officials. The party decided to abolish the Political Council of 84 members while establishing the Council of Veterans. The new body with 40 members should be led by the former Vice-Speaker of Parliament Arif Rahimzadeh.

As Caucasus Watch informs, a new composition of the Control and Auditing Commission of 13 members has been formed. Also, the former vice-speaker of parliament and now head of the State Committee for Women, Family and Child Affairs, Bahar Muradova, became the head of the Women’s Council of the party.

Public activist Bakhtiyar Hajiyev told Turan.az, he considers changes in the New Azerbaijan Party to be long overdue. “The party practically cannot perform any function and play a role in society. In addition, it has greatly lost its credibility,” Hajiyev said. However, the true goal of the congress was not to increase the authority of the party but to get rid of a number of odious figures. “I believe that this was done to neutralise the resources in the hands of these persons, to limit their influence on political parties,” he believes.

The activist does not exclude that shortly some measures will be taken against the former members of the Political Council and the Board, up to the institution of criminal cases. This will give the Yeni Azerbaijan Party a reason to renounce these persons. 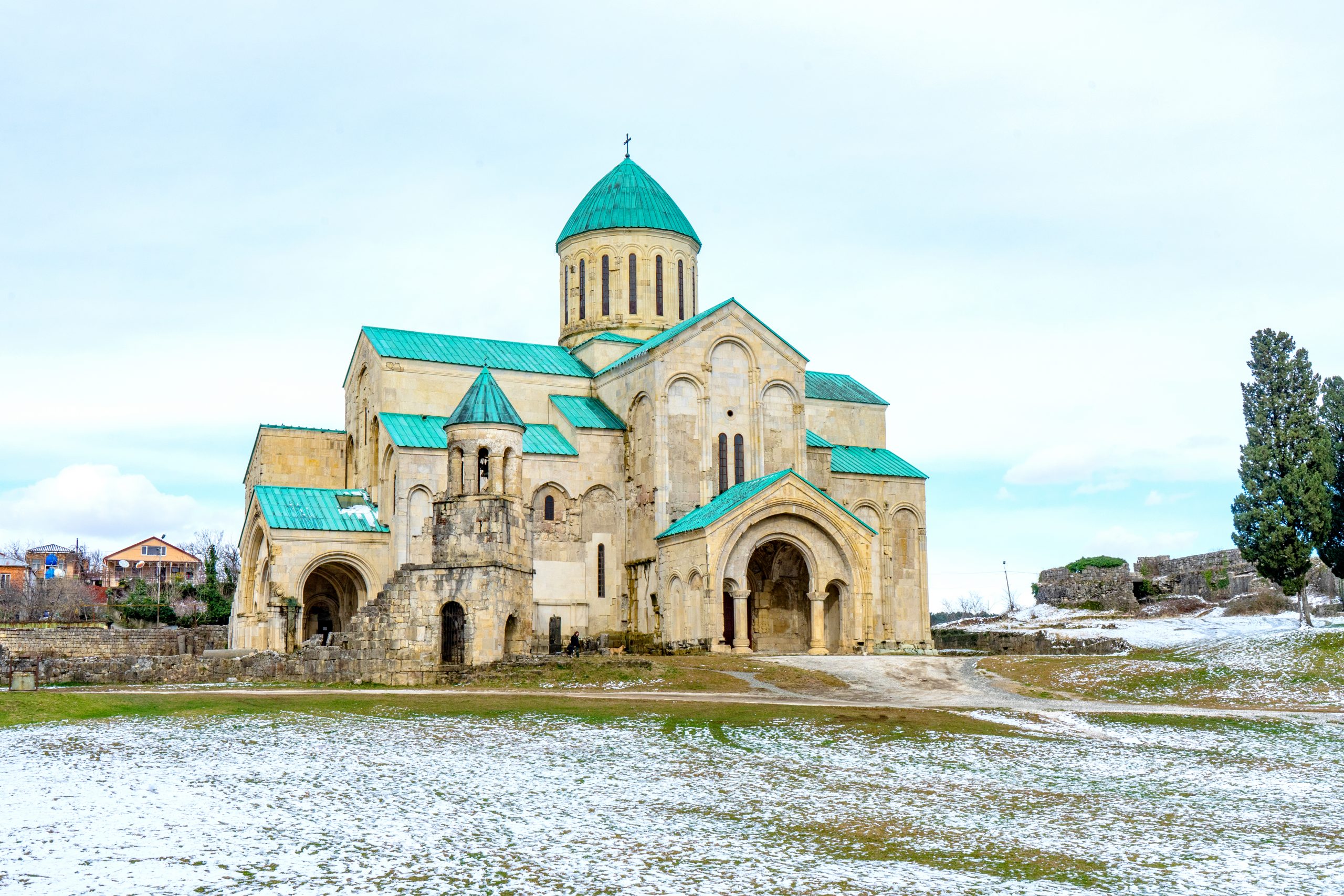 The Parliament of Georgia confirmed late on February 22 the new cabinet led by Prime Minister Irakli Garibashvili, who already served as prime minister of Georgia between November 2013 and December 2015.

All attending lawmakers from the ruling Georgian Dream (GD) party voted in support of PM Garibashvili’s cabinet and program with 89 votes to 2, with only the two Citizens party MPs voting against. The newly-founded European Socialists party did not participate in the vote. The new government is comprised of eleven Ministers, of which nine have retained their posts.

„Garibashvili is one of the politicians closest to Georgia’s shadow ruler, billionaire Bidzina Ivanishvili, who announced his alleged ‘exit’ from politics in January earlier this year“, writes JAM News in its commentary.

Political commentator David Zurabishvili told JAM News, Garibashvili’s nomination indicates that Bidzina Ivanishvili did not actually leave politics. “The decision on this appointment, of course, was made by Ivanishvili. It seems incredible to me that the ruling party, which is practically alone in the new parliament, would hand over the reins of government to Garibashvili of its own accord,“ said Zurabishvili.

Police detained Nika Melia, the largest opposition party leader, in the early morning of February 23 during a special operation at the United National Movement (UNM) headquarters.

The detention was possible only after law enforcers stormed the office building where Melia, fellow opposition leaders and supporters have been gathered following the Court’s February 17 order for pretrial detention. The Ministry of Internal Affairs claimed that “proportional force has been used during the special operation and that UNM supporters opposed law enforcers. Twenty individuals have been detained in the process, along with Melia.

“This is the end of this government. We are firm and united in our faith,” Melia asserted in the moments ahead of his detention. The opposition leader called PM Garibashvili and Georgian Dream founder Bidzina Ivanishvili “traitors”.

The head of the Georgia Dream party Irakli Kobakhidz defended the operation, saying that Melia and the part of the opposition are „anti-state forces“. Responding to radicals, enforcement of law and the protection of the constitutional order is the only way for the democratic development of the country and ending the polarisation in Georgian politics,” Kobakhidze said.

As civil.ge reminds, the special operation came few hours after the election of the new PM Irakli Garibashvili, who vowed during his confirmation hearing day before to “establish order in the country and return a number of destructive forces to the constitutional order and framework.” Garibashvili dubbed Melia as “criminal” and warned that he would not escape justice.

Thousands gathered in downtown Kutaisi on February 28 to protest against the construction of the Namakhvani Hydropower Plant in the Rioni River gorge in the Imereti and Racha-Lechkhumi regions.

As civil.ge informed, addressing the rally, Varlam Goletiani, a 28-year-old activist at the forefront of the Save the Rioni Gorge movement, urged the Georgian Government to retract the “illegal, wrong, anti-state” permission of the project.

Goletiani said the Government’s failure to meet their demands would equal greenlighting confrontation between the anti-HPP activists on the one hand and the police and the Turkish company on the other. If the Government “disregards the will of the Georgian people” and attacks activists, we will have a legitimate right to “confront back,” said Goletiani, and pledged the Government: “Don’t provoke these people to defend their dignity with throwing stones.”

The Namakhvani HPP cascade project is planned to be built in the Tskaltubo and Tsageri municipalities north of Kutaisi by Enka Renewables, a Turkish construction firm. Construction work is already underway under heavy police protection, reminds OC Media in its report.

The project has met strong local resistance from a grassroots movement organised by local residents along the River Rioni Valley. Critics say the project will affect the environmental, social, and cultural setting in Georgia’s Imereti and Lechkhumi regions.

Activists chose Kutaisi — Georgia’s second-biggest city and the capital of the Imereti Region — for Sunday’s demonstration after being evicted by police last November and again in February from the villages of Zhoneti and Namokhvani, north of Kutaisi.

Zhoneti and nearby localities, which had become permanent protest sites, are expected to be one of the first areas directly affected by the Namakhvani HPP Cascade Project with its 333 MW Lower Namakhvani-Zhoneti dam and power plant.

The movement became less prominent after the political crisis in Georgia escalated following the detention of opposition leader Nika Melia. Sunday’s protest in Kutaisi has partially changed this, with several political groups making statements. Opposition parties Lelo and Girchi, as well as Georgia’s third President and Honorary Chair of the United National Movement, Mikheil Saakashvili, voiced support to the demonstrations.

In the Karachay-Cherkessian Republic (KChR), a policeman and a „Rosgvardia“ (Russian National Guard) serviceman were stabbed and received gunshot wounds while trying to check the driver’s documents; two attackers managed to escape.

As Caucasian Knot informed, the law enforcers approached the car to check the drivers‘ documents in the village Uchkeken; there were two men inside the car, who answered with foul language, says the website of KChR’s Ministry of Internal Affairs (MIA). Then, the driver stabbed the policeman; and one of the passengers fired a rifle at the „Rosgvardia“ serviceman. Law enforcers later informed that both assailants have been identified, and measures are taken to detain them.

The attack on security forces in the village of Uchkeken was preceded by an armed incident in the same village on December 11, 2020. Then the suicide bomber attacked the FSB officers while trying to break into the territory where the operational-search measures were being carried out. The attacker detonated a bomb, as a result, six people were injured.

According to the investigation, on that day in the village, two explosive devices were detonated, with security forces suffering injuries in the second explosion while working at the site of the first incident.

Before the suicide attack in the village of Uchkeken on December 11, 2020, the security forces had not reported any armed incidents in Karachay-Cherkessia for five years.