Skip to content
Dodik and his threats. Does the Bosnian Serb „strongman“ want secession from Bosnia and Herzegovina?

Dodik and his threats. Does the Bosnian Serb „strongman“ want secession from Bosnia and Herzegovina?

The Serb member of Bosnia and Herzegovina’s tripartite presidency has asserted a reckless political threatening in October and November. On Friday, December 10, 2021, the Republika Srpska National Assembly agreed to withdraw from all the institutions of Bosnia and Herzegovina. Milorad Dodik, the most powerful man of Bosnian Serbs, has called to secede Republika Srpska from all national institutions and withdraw from the state’s indirect taxation system within the following months. He also threatened to ignore all decisions taken by the Office of the High Representative as a protest against the law prohibiting the denial of genocide in Srebrenica imposed by the outgoing High Representative Valentin Inzko. Dodik similarly claimed that he would create an army of Republika Srpska, mentioning an alleged survey among soldiers in the Bosnian Armed Forces, stating there is strong support among Serbs for joining potential „Republika Srpska army“. Dodik also noted that Republika Srpska could count on Chinese and Russian support in these efforts. 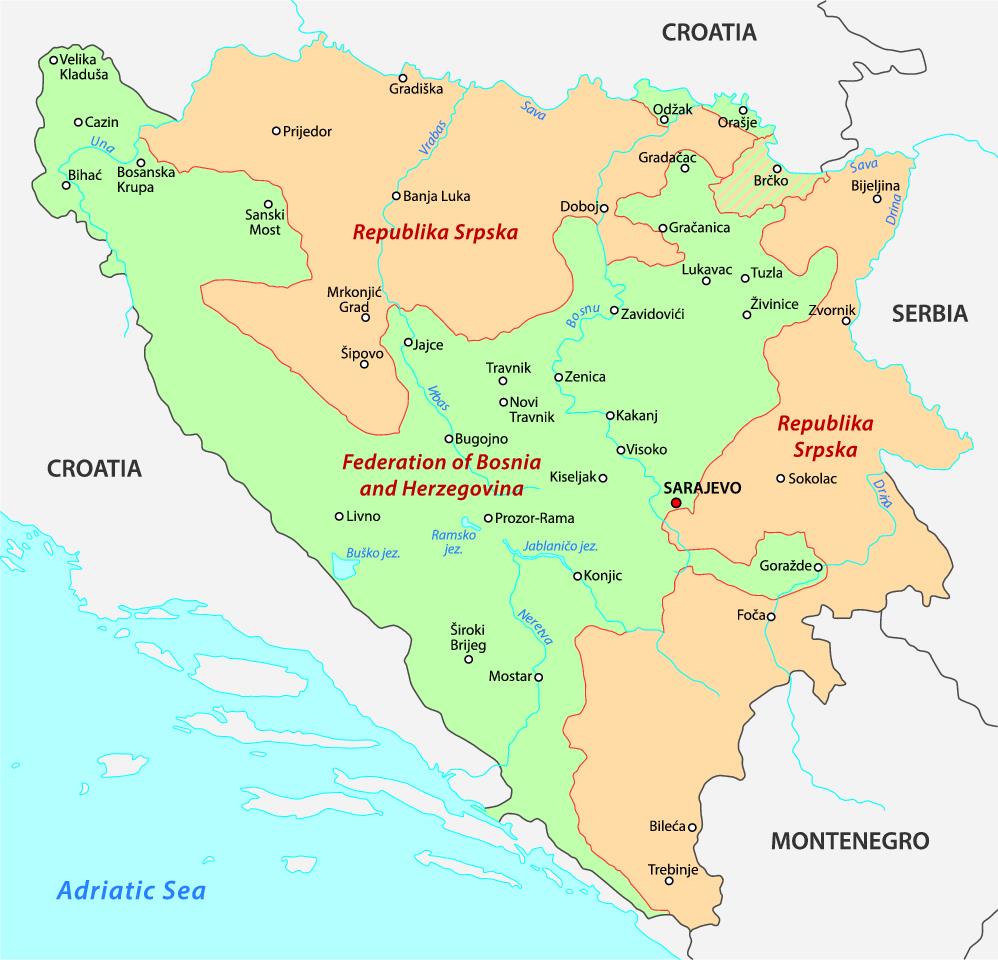 Above mentioned rhetoric is dangerous, yet it is not the first time Dodik used words about secession or threatened national and international authorities. Dodik, for example, used the very same rhetoric in 2005, during his political comeback, since when he has achieved to succeed in every next election in Republika Srpska. Also, in 2014, Dodik threatened to hold a referendum on the independence of Republika Srpska, arguing the similarities with Kosovo, Scotland or Crimea.

Even though the situation in 2021 must be taken seriously, taking a closer look, it might not be so easy for Dodik to fulfil his threats.

Firstly, the 1995 Dayton Peace Agreement that ended the war in Bosnia and Herzegovina requires all signatories to refrain from actions that could be threatening or using force and damage the territorial integrity and political independence of Bosnia and Herzegovina. Furthermore, it is stated in Annex 10 of the agreement that all entities in Bosnia and Herzegovina must cooperate with the High Representative or the international organizations. Therefore, Dodik’s threats are not legally based, and the global community would probably interfere somehow if Dodik decided to violate the Dayton Peace Agreement.

Even if Dodik would not consider the international community and its pressure, other factors limit his claims and their performance in reality.

Dodik confidently claimed that around 80% of Serb troops were immediately willing to leave the BiH army and join the newly formed armed forces of Republika Srpska. As realistic as that claim might look, Senad Masovic, the chief of the Joint Headquarters of the Bosnian Armed Forces, refused Dodik’s claims about polls, stating that he has no information that a survey was carried out and that such activity would be a violation of the laws, which refrain any entity or institutions from conducting polls on such a sensitive issue. It appears that Dodik probably tried to create the illusion that Serbs in the BiH army are ready to fight for Republika Srpska. However, the question is whether Serb soldiers would sacrifice relatively stable positions in the military for instability and long-term negative political consequences when they enjoy regular payments and peaceful life in the country.

Secondly, even if Serbian soldiers were willing to sacrifice the advantages mentioned above and risk any conflict for Dodik’s ambitions, Dodik should consider whether Republika Srpska could survive without the help of its international partners. Although Dodik claims that China is ready to substitute the most significant financial supporters of his entity and that Russia is also prepared to assist in various ways, the credibility of these claims is doubtful. China and Russia might provide some help. Both countries have increased investments in BiH in the past years. China, for example, has invested in highways or power plants. However, the amount of Chinese or Russian financial support by far does not match the European Union’s investments pumped into the Serbian entity.

„Even though the situation in 2021 must be taken seriously, taking a closer look, it might not be so easy for Milorad Dodik to fulfil his threats.“ 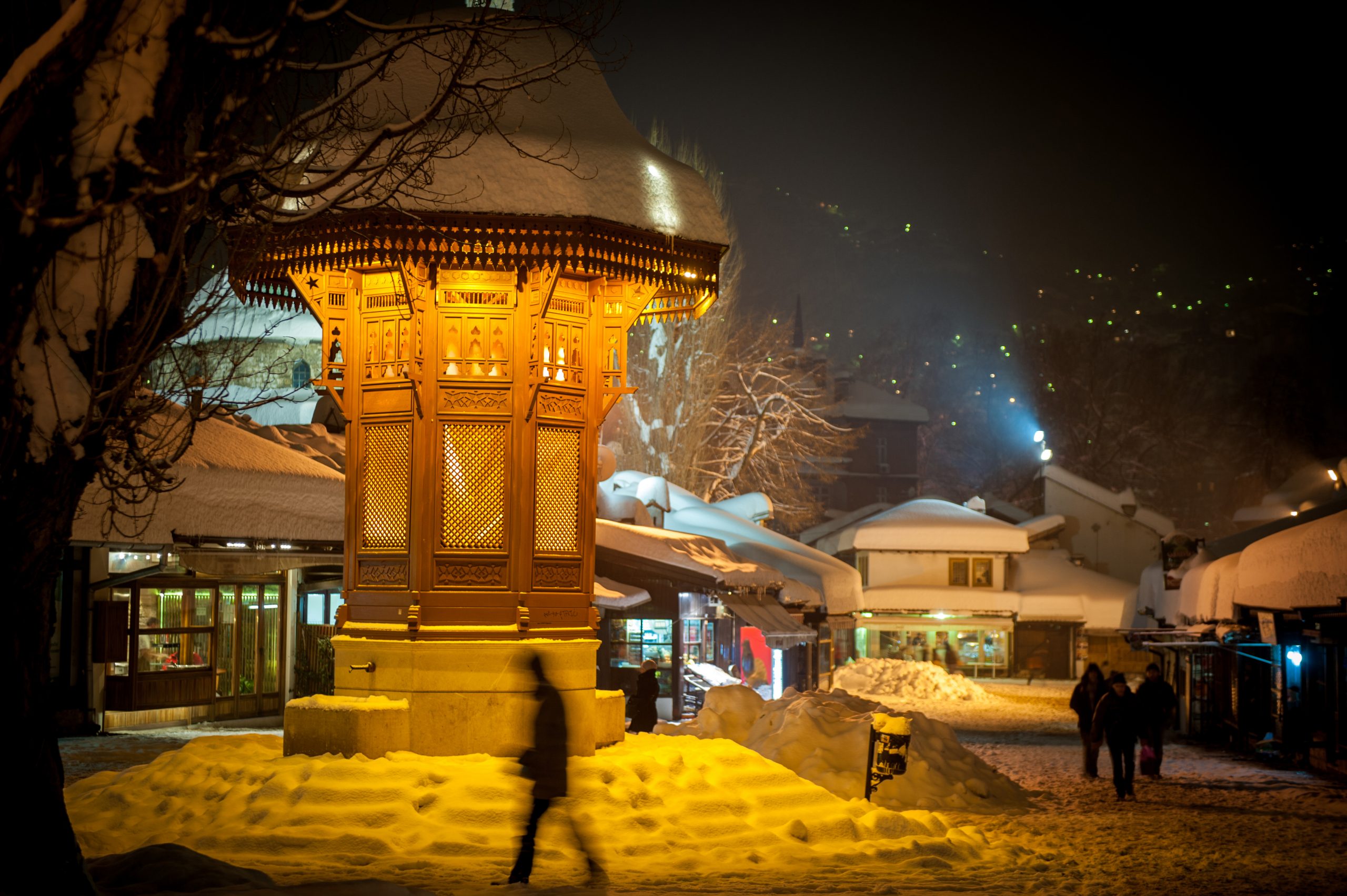 „It is legitimate to ask whether even Dodik means his words entirely seriously. His behaviour might explain the upcoming elections in BiH planned for 2022. Dodik is thus, as many times before, using nationalistic arguments to gather the voters around him.“

Therefore, even Dodik must understand that his entity cannot live without the support of the EU, its institutions, or several EU members. Consequently, while analyzing all of the mentioned factors, Dodik would gain a little but lose a lot in the case of secession or, even worse, the conflict. Western creditors could turn their back to the Bosnian Serb „strongman“. People in Republika Srpska would have a more autonomous entity. Still, the consequent economic crisis would quickly make the public angry with Dodik, which could be the end of his political career. Even Milorad Dodik, if he is thinking strategically, must understand that being a part of Bosnia and Herzegovina could keep him in power. At the same time, secessionist actions could most probably lead to his political end.

And even though Hungarian Viktor Orbán and Serbian Aleksandar Vučič support Dodik’s secessionist claims, it is not probable that Hungary or Serbia desire to deal with a severe political crisis or a conflict in their neighbourhood, having their issues to deal with.

It is legitimate to ask whether even Dodik means his words entirely seriously. His behaviour might explain the upcoming elections in BiH planned for 2022. Dodik is thus, as many times before, using nationalistic arguments to gather the voters around him. He has a rational reason to do so, as the October protests in Banja Luka against him, his rule and the corruption that he covers proved that a part of ordinary people in Republika Srpska understands the negative impact of his political behaviour. Also, Dodik’s real aim might be to gain more autonomy from BiH institutions, giving him more opportunities to influence matters in the Serbian entity and keep himself in power.

As Western Balkan politics changes swiftly, it would be daring to claim that secessionist efforts or conflicts are impossible in Bosnia and Herzegovina. However, there is too much to lose for Dodik if he decides to sacrifice peace. Assurances of Chinese or Russian support are not reliable, and building the military of RS is more of a dream that endangers Dodik, Bosnia and Herzegovina and stability in the Western Balkans. Therefore, it is probable that we will observe threats from Milorad Dodik also in the future. However, he probably seeks political benefits as winning the elections and keeping himself in power in Republika Srpska.

Consequently, it is possible to claim that Bosnia and Herzegovina will constantly be threatened by arguments that stem from the personal ambitions of their leaders. However, the political aspirations of BiH leaders are more achievable during peace, and thus, war or any conflict should not be a way to achieve personal or political goals.

„As Western Balkan politics changes swiftly, it would be daring to claim that secessionist efforts or conflicts are impossible in Bosnia and Herzegovina. However, there is too much to lose for Dodik if he decides to sacrifice peace.“