Skip to content
How will the new Government in Kosovo influence negotiations with Serbia?

How will the new Government in Kosovo influence negotiations with Serbia?

Kosovo and Serbia have problematic relations since the end of the war in 1999. Prishtina and Belgrade have been talking, off and on, how to normalize their relations since at least 2006. With some ups and downs, as in 2008, when Kosovo declared independence from Serbia. Even though both countries have agreed on some points, the dispute on the most significant matter that divides them – Kosovo’s independence recognition – remains unsolved.

In 2018, the two countries’ presidents sketched out what seemed to be a potential breakthrough agreement based on a proposal for an exchange of territory, also known as a „land swap“. Still, it was scuttled in the face of domestic controversy and opposition from within the EU. EU-led dialogue revived in July 2020, and Washington launched a parallel effort, but the new diplomatic push has suffered significant setbacks. Although both countries seemed interested in a deal, former Kosovar President Hashim Thaçi left the position to face a war crimes trial. That set the negotiations in disarray and without a prominent proponent in Kosovo.

Even though the 2021 parliamentary elections in Kosovo established a new prime minister Albin Kurti, who could be a prominent face of the negotiations, Kosovo needs more than a well-known face to reach a deal with Serbia. Kurti, opposing his predecessor Ramush Haradinaj or the former president Hashim Thaci, stands for a more nationalistic position concerning the Belgrade-Prishtina dialogue facilitated by the EU. The EU-facilitated conversation is a way to boost stability in the region. A legally binding agreement is crucial to develop Serbia´s and Kosovo´s path to the European Union. Therefore, the question is, how will the new prime minister of Kosovo handle the Belgrade-Prishtina dialogue?

„Even though the 2021 parliamentary elections in Kosovo established a new prime minister Albin Kurti, who could be a prominent face of the negotiations, Kosovo needs more than a well-known face to reach a deal with Serbia.“ 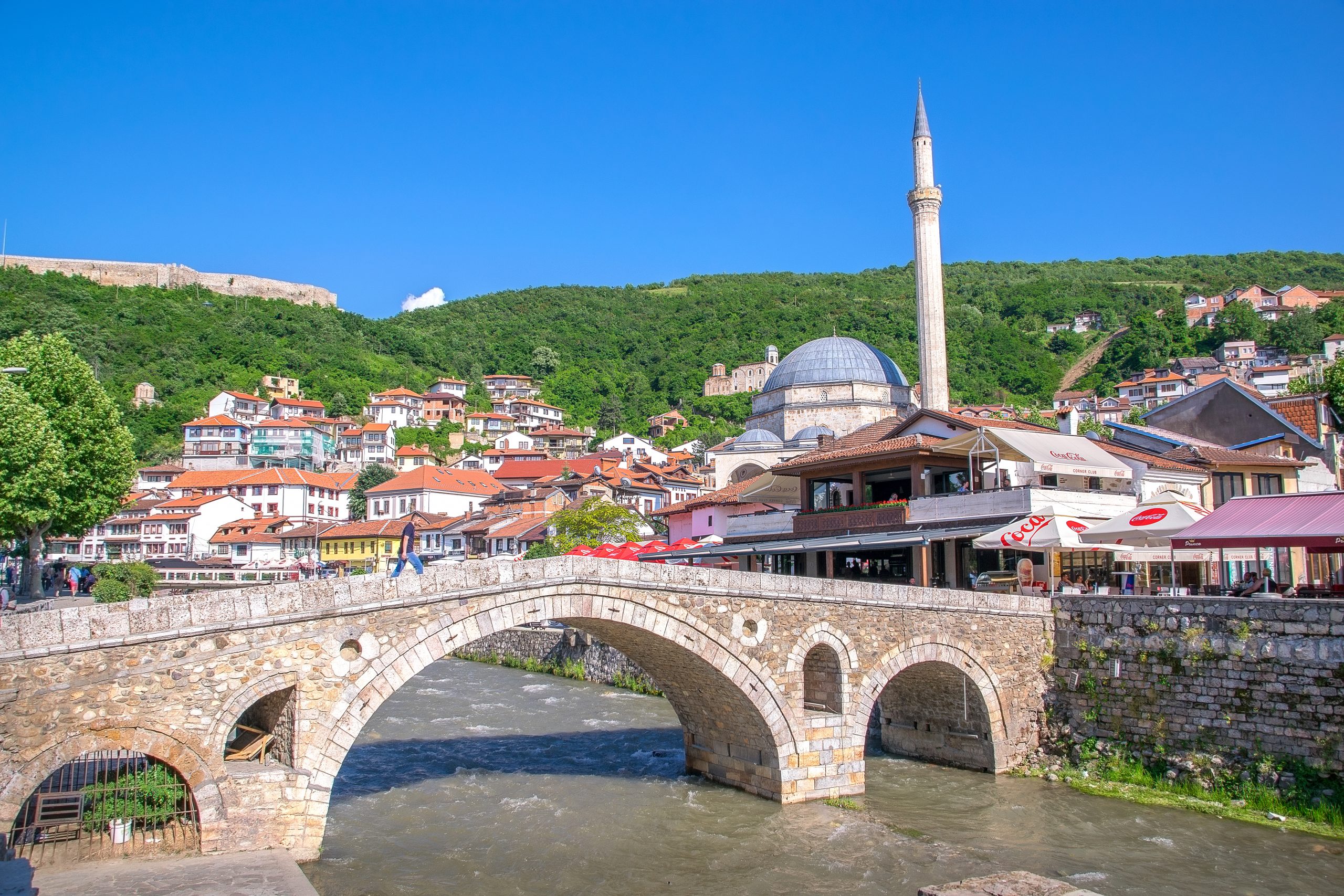 „The beneficiaries of the [Prishtina – Belgrade] dialogue should be citizens and not politicians who are looking at how to sell the outcome to the public opinion.“

Kurti and the future of the dialogue?

After the elections in February 2021, the Kosovo prime minister expressed his views on possible dialogue with Belgrade. He claimed that normalization dialogue with Serbia is not the country´s top priority. Also, he added that „to [reach a] compromise, the dialogue on the normalization of relations with Serbia can be number three or four in the order of priority. I want to engage in developing a social dialogue with Serbs in Kosovo. The beneficiaries of the dialogue should be citizens and not politicians who are looking at how to sell the outcome to the public opinion“ (Ozturk, 2021). This announcement came as no surprise, as Kurti had not considered the dialogue a top priority even during his campaign. He was more focused on well being of citizens, justice and economic topics.

However, later, in March 2021, Kurti declared requirements that the EU-led dialogue with Serbia should follow. We expect there will be certain conditions to continue the conversation. Based on Albin Kurti´s expressions, Kosovo may demand some significant steps to hold the discussion again.

Firstly, Kurti will require acceptance of Kosovo independence by Serbia. He claims that independent Kosovo has been a reality for more than 13 years, and Serbia must accept this fact. It is possible that without a meeting of this point, Kurti will not be willing to sit behind one table. However, that might be a difficult aim to achieve, as nearly 72% of Serbs do not agree with the recognition of Kosovo, and president Vučič is known for his consideration of public opinion (Hartwell, 2021).

Secondly, Serbia will be asked to acknowledge crimes perpetrated by its army and paramilitary units in Kosovo during the 1990s. Kurti will expect Belgrade to distance the war crimes openly, as they remain a sensitive topic in Kosovo. Kurti has claimed that both countries must not forget history. Thus, he will seek Belgrade´s position on this (Prishtina Insight, 2021).

Thirdly, Kurti will probably ask to guarantee that Kosovo and Serbia will be equal behind the negotiation table. Even in the past, Kosovo officials considered themselves as less similar than Serbian counterparts in the negotiations. According to Kurti, previous negotiations talked about Kosovo as a subject of negotiation and not as its part. Kurti will be seeking assurances of equal position for Kosovo before the talks.

„Resolving the disputes with Serbia is one of the critical conditions for Kosovo membership in the EU. Also, because of this fact, it is unlikely that Kurti would be avoiding the negotiation process forever.“

In addition to the four points mentioned before, the future negotiations would probably be stripped of the land-swap idea if under Kurti´s leadership. Some Kosovar politicians, especially Kurti and his Vetevendosje movement (LVV), claim that Kosovo should uphold its territorial integrity. On the other hand, other political parties in Kosovo support the idea of „border corrections“. Territorial integrity is a dividing question in the country. The outcome of the 2021 parliamentary elections favours the situation where land-swap will not be on the agenda of the negotiations.

Based on Kurti´s nationalistic attitude, it is highly possible that he will not be willing to negotiate with his Serbian counterparts without meeting the requirements above. Kurti will require assurances that his conditions are met and respected in the future, which could cause waitings and delaying the process.

However, some signs do show Kurti´s will to hold the negotiations. Even though he claimed that negotiations are not a top priority for his government, it still seems to remain a priority or understands their importance at least. The fact that the Kosovo government lifted 100% tariffs on goods from Serbia or Kurti´s meeting with the EU´s diplomacy chief Joseph Borell and the EU Special Envoy for the Belgrade – Prishtina dialogue Miroslav Lajčák, where he expressed preparedness to meet president Vučič, proves Kurti recognizes the political value in opening the dialogue (N1, 2021). What is also of importance, 68% of citizens support the dialogue with Belgrade in Kosovo (KCSS and BCSP, 2021). The number is slowly rising, and Kurti will probably not close his eyes over it.

Additionally, we expect one vital factor to influence Kurti´s position on negotiations. Resolving the disputes with Serbia is one of the critical conditions for Kosovo membership in the EU. Also, because of this fact, it is unlikely that Kurti would be avoiding the negotiation process forever. Kurti has only one chance to get his country closer to the EU membership. But does he want Kosovo closer to the EU, or will he value domestic political issues as more important? A realization of the meeting between Kurti and Vučič scheduled for this June would be the best answer to this question.

The victory of Albin Kurti and his LVV movement will probably lead to a different Kosovo´s attitude during the Belgrade – Prishtina negotiations. Kurti has expressed his position and brought an additional perspective into the position towards Serbia and negotiations. His predecessors were more malleable to the Western requirements. That was a matter of criticism from ordinary citizens. However, Kurti has expressed his will to continue in talks only under the conditions which put Kosovo in an equal position with Serbia and deal with countries´ recognition and the former atrocities. Kurti will require Serbia to show the will to continue in the negotiations and prove that changing Kosovo-Serbia relations for the better is a fundamental aim for Serbia. Therefore, we can expect that Kosovo will be more assertive in negotiations with Belgrade, making it clear that both sides must make significant concessions to make a step towards a better future for both countries.

„We can expect that Kosovo will be more assertive in negotiations with Belgrade, making it clear that both sides must make significant concessions to make a step towards a better future for both countries.“