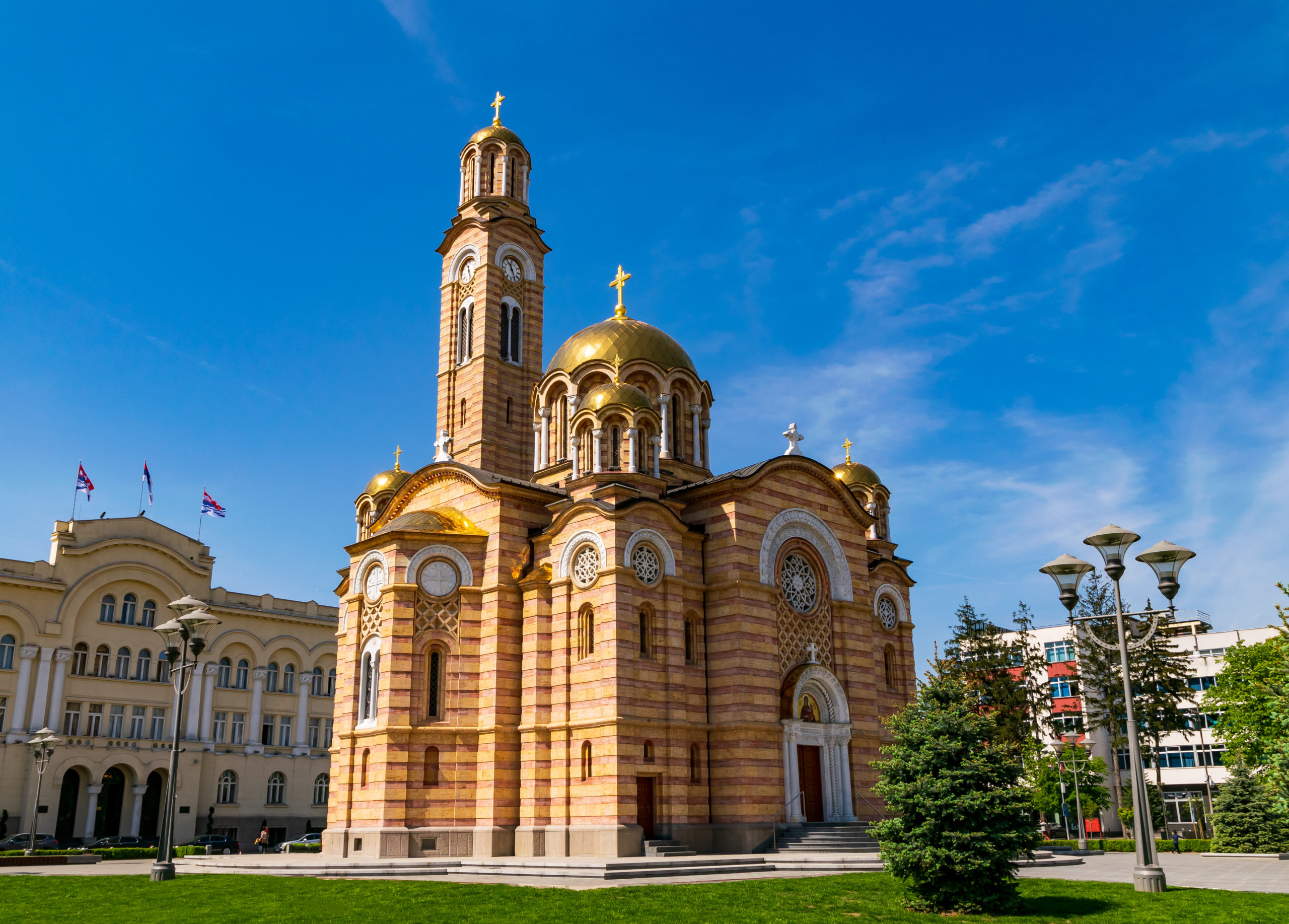 On January 11, 2022, Albanian officials announced they would hire the US company dealing with cybersecurity following leaks of citizens’ data at the end of 2021.

The US Jones International Group signed a contract according to which Albania will receive its expertise and advice on cybersecurity matters to prevent a scenario from December 2021.

According to the Albanian Ministry of Infrastructure and Energy, even though the contract has been confirmed, the details remain unknown and will be revealed later.

Albanian officials vindicate the choice of the mentioned company due to its expertise, which they recognized as the greatest in the US and Europe. Also, the group has already cooperated with the Albanian transmission system operator OST.

Albania decided to strengthen its cyber capacities after the considerable data leak in December 2021 and caused four people under investigation so far. Even though Albania has reacted quickly, it was not the first time that leak happened in this Balkan country. In April last year, data of more than nine hundred thousand citizens was leaked to the Albanian media.

Bosnia and Herzegovina on edge: Will 2022 be a year of collapse?

Bosnia and Herzegovina is currently going through one of the most significant political and social crises since the bloody war of the 1990s. For many of its citizens, the situation in the country raises renewed fears of a resumption of the conflict.

Milodar Dodik, BiH’s tripartite presidency Serbian member, has spent the past three months enforcing laws that would cause the entity Republika Srpska to withdraw from its central institutions.

The populist leader, who represents Bosnian Serbs, is trying to weaken the central Government, including by threatening with the creation of a separate Bosnian Serb army.

The fact is that Dodik cannot currently wage any war. However, many experts believe that he only wants to draw his attention due to the upcoming elections. On the other hand, it is necessary to realize that the tension between government and social circles is felt.

The existential threat to BiH lies not so much in the war between the organized armed forces as in the acceleration of the gradual demise of the joint state and state institutions. Moreover, the splitting of the state’s foundations has gradually intensified.

In this case, a lower level of violence is possible, leading to a “frozen conflict” and, in essence, a state failure.

BiH can “reverse” its fate in 2022. However, the country is essentially stagnant and finds itself in the past, adhering to agreed “rules of engagement” where the primary goal was to stop war and crime. The future of the country cannot be built on such foundations.

Bosnia and Herzegovina needs to find a way to change the constitution and its inter-political relations in a way that the democratic world is based on.

On January 10, 2022, the Croatian Ambassador to Bosnia and Herzegovina sent a protest note to the Ministry of Foreign Affairs of Bosnia and Herzegovina against the memorial plaque of Major Milan Tepić in the capital of the Republika Srpska, Banja Luka. Milan Tepić, who blew up an ammunition depot in Croatia during a suicide operation in 1991, is a controversial figure of regional history.

After Croat forces took the barracks in the Croatian town of Bjelovar on September 29, 1991, most of the JNA (Yugoslav People’s Army) surrendered, except for Milan Tepić. He planned to blow up the four warehouses in the village of Bedenik but was prevented from doing so by four Croatian soldiers.

After unveiling the plaque, the mayor of Banja Luka said that Tepić “is the last Yugoslav national hero.“ The Croatian Foreign Ministry stated that “it glorifies a terrorist act by a person who, during the Serbian aggression against Croatia, knowingly caused the death of a large number of Croatian defenders and civilians and huge material destruction in Bjelovar.”

The mayor of Bjelovar and the head of the Bjelovar-Bilogora district also condemned the act. The first named, Dario Hrebak, said, “as long the politicians live on myths, the BiH will remain in the past.” The second named, Marko Marušić, recognized unveiling a plaque “a slap in the face and salt on the wound to all victims of the Serbian military aggression.”

The Speaker of the Serbian Parliament and former Foreign Minister said that “Tepić, who had pledged allegiance to the state and answered for the lives of the young men in his unit, personified honour and integrity.”

The first Israeli ambassador to Kosovo

At the end of 2021, Israeli ambassador Tamar Ziv was appointed to the Israeli embassy in Kosovo. Ziv is the first Israeli ambassador since both countries established diplomatic relations on February 1, 2021. Kosovo also opened its embassy in Jerusalem at the time. The opening of embassies was preceded by an agreement of September 4, 2020, in Washington DC overseen by former US President Donald Trump.

“It’s a pity,” the European Union called the decision to open the embassy in Jerusalem. EU also said that it is a departure from the EU’s position on this issue. However, state Department spokesman Ned Price said that “deeper international ties help further peace and stability in the Balkans and the Middle East.” 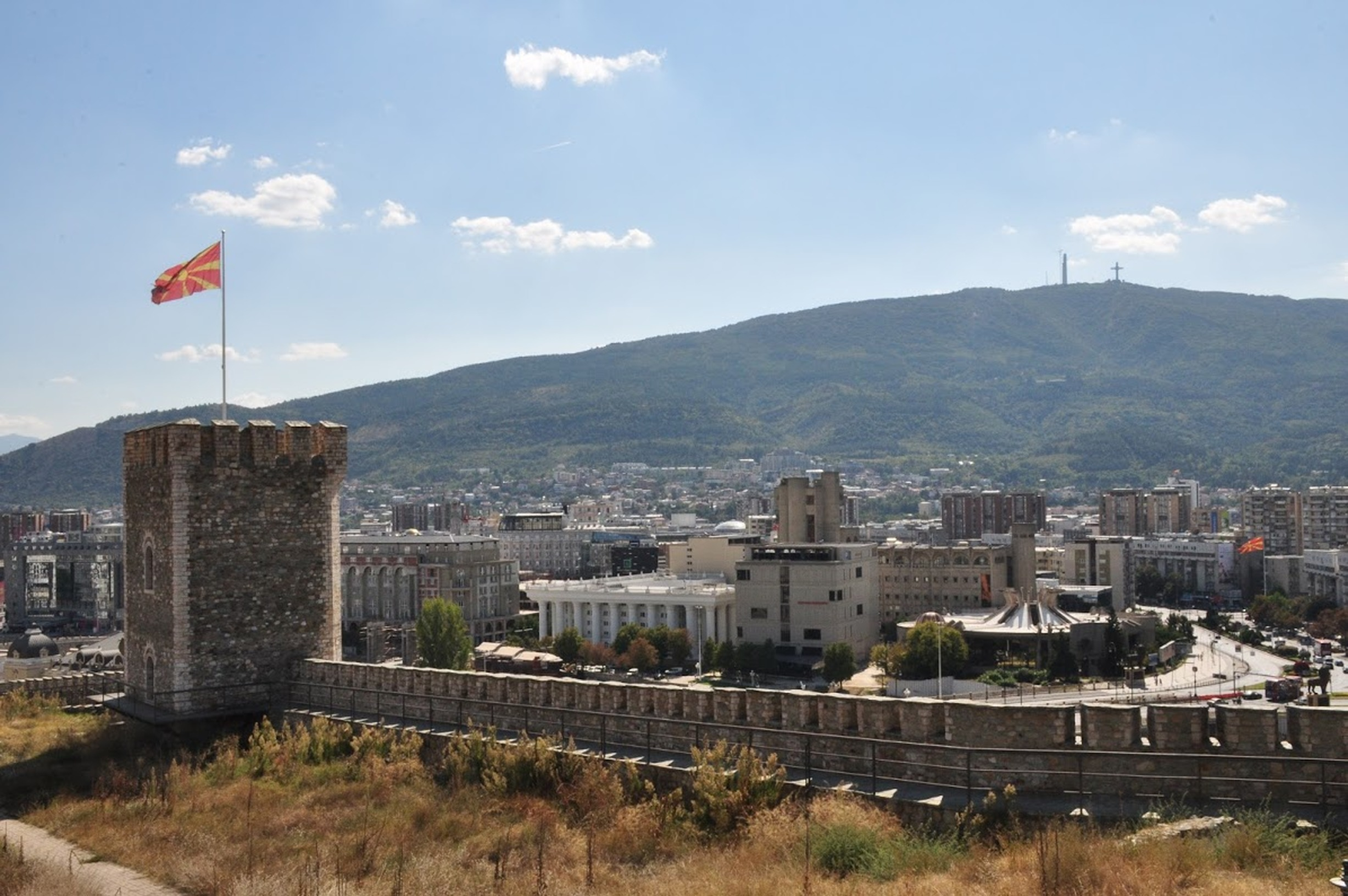 The “Golden Passport” is an economic citizenship program that allows foreigners to grant Montenegrin citizenship at the discretion of the Ministry of Interior and Public Administration through a designated investment. The platform was launched in 2006, when the Government offered passports to investors who had invested at least 250,000 EUR in underdeveloped regions or 450,000 EUR in more developed areas.

Together with civil society organizations, the European Commission strongly criticizes the program and claims that it could damage the country’s progress towards EU membership.

The new Government, which took office after the defeat of the Democratic Party of Socialists, announced in March 2021 that the program would end at the end of 2021, as further continuation would likely slow Montenegro’s accession to the EU. Paradoxically, despite warnings from European partners, on December 31, the Government extended the economic citizenship program until the end of 2022, tightening the conditions for obtaining citizenship.

The program attracts investors for lifelong citizenship for the investor and his/her family, passport within three months.

One hundred eight foreign citizens – mainly from Russia and China – have obtained Montenegrin passports by buying apartments or hotels in the mountain and coastal towns.

The European Commission is concerned about the sale of citizenship to foreign investors. In addition, it argues that the program could be used for tax evasion, money laundering or prosecution in other jurisdictions.

The census showed a “brain drain” from North Macedonia

“Brain drain” has become a phenomenon in the Western Balkans region, where many young people dream of living and working abroad. In October 2021, as the latest census in North Macedonia shows, the country is facing an emigration crisis.

Since the previous census, held in 2002, showed a 10% decline in the population of two million. Among the most significant disadvantages of North Macedonia, there are the underdeveloped towns and villages that offer few jobs, which pushes young people, in particular, to look for work abroad and settle there.

Since the country declared its independence from the former Yugoslavia, many people in North Macedonia hoped that the promise of integration to the European Union would bring better prospects for working and social life.

According to the latest surveys, young people in Northern Macedonia believe that life within the EU is more accessible and more open to new opportunities, whether in education or job offers.

On the other hand, North Macedonia’s membership in the European Union is reminiscent of a long journey where we do not see the imaginary “light at the end of the tunnel.” Access has been repeatedly blocked for several decades due to the very name of the country that Greece had a problem with or the ethnic issues and history that Bulgaria has opposed until now.

The EU, as a key recipient of the brain drain from Northern Macedonia and also from the Western Balkans region, should consider policies that address both pressure and traction factors. Carnegie Europe exemplifies the obligation of labour-importing countries to offset the actual cost of exporting talent.

The European Union, which promises to join its structures as part of its normative policy and is serious about membership, should take responsibility as the primary recipient of the brain drain from the Western Balkans and find a solution.

Following the exit of the small ethnic Albanian party, BESA, from the government coalition and its subsequent support of the initiative to vote no-confidence to the Government, the coalition formed by the Social Democratic Party (SDSM) and the Democratic Union for Integration (DUI) has been very fragile in recent months. However, in the end, the Alternative party, which is represented by only 4 members of the Parliament, joined the coalition and the Government maintained the needed majority.

This agreement was concluded between the Prime Minister and the Social Democratic Party leader, Zoran Zaev, and the head of the Alternative, Aftim Gashi, on December 4, 2021.

Despite the low number of deputies, the Alternative party played an important role in retaining the Government. Thanks to the role of the “rescuer of the Government”, the party gained the post of Minister of Health, Minister of Diaspora, and Minister of Information Society and Administration. In addition to these ministries, it will also take over managerial positions at several important state-owned enterprises.

Although the renewed Government was led for a while by Prime Minister Zoran Zaev, the Social Democrats elected his successor on December 12, in connection with Zaev’s announced resignation after the party lost municipal elections in October last year. As expected, Dimitar Kovachevski, an economist and up until recently, the Deputy Finance Minister, was elected his successor from among the three candidates. The other two candidates were Jovan Despotovski, head of the National Directorate for Technological Industrial Development, and Frosina Remenska, former deputy head of the Social Democrats.

Zoran Zaev officially resigned on December 23 and submitted his resignation to the Parliament. On December 26, Dimitar Kovachevski received a mandate from President Stevo Pendarovski to form a government. D. Kovachevski then took the office on January 18, 2021.

Kovachevski, as the prime minister, is expected to improve relations with Bulgaria. Progress in the dispute with Bulgaria could also be brought by the newly elected Bulgarian Prime Minister Kiril Petkov, who, in agreement with Zoran Zaev, agreed to resolve the dispute within 6 months at the latest. The timeline that seems overly ambitious, at least.

The proposal is to speed up communication and cooperation through several working groups in the economic, cultural, health, energy, infrastructure, and other areas.

Serbian citizens voted for constitutional changes in the judiciary

Serbian citizens voted in a referendum on January 16, 2022, for constitutional changes in the judiciary that should lead to the depoliticization of the judiciary. The referendum turnout was 30%, of which 59.71% voted “yes” and 39.26% voted “no.”

Experts from Serbia say the judiciary reform in the way judges and prosecutors are elected is “a step ahead,” but there are other ways for the judiciary to move forward. There are also concerns that the reform alone will not deprive the courts of political influence. However, the proposed changes to the Serbian Constitution of 2006 are generally welcomed by the European Union, the Venice Commission or the Council of Europe’s constitutional advisory body.

While European officials have praised the results, some opposition parties in Serbia are sceptical. They fear that the changes are only cosmetic and that the Government may still significantly interfere in the judiciary.

European Commissioner for the Enlargement Oliver Várhelyi stated that “Serbian voters had supported the change of the constitution to reinforce judicial independence.” EP Rapporteur for Serbia, Vladimir Bilčík, said that “this news move Serbia another step forward on its EU path.” However, Serbian opposition parties do not hail the changes because they think the Serbian Progressive Party still has several ways to influence the judiciary.