The COVID-19 Pandemic Dynamics in Abkhazia and Tskhinvali Region

COVID-19 pandemic is no longer a new reality, however, regardless of the fact that countries have started to adapt through new safety practices, economic, social, and political side-effects exacerbated by the pandemic still remain unresolved and in some cases, aggravated. The implications of the pandemic are especially devastating for the conflict-affected territories where the health challenges are intertwined with unpredictable political conditions and high economic vulnerability. Even though the number of coronavirus cases in Abkhazia and Tskhinvali Region (self-proclaimed Republic of South Ossetia) is not alarming, recently rising tensions around new cases of “illegal” border crossings and trade prove that resistance towards the complete isolation both from Georgia and Russian Federation is increasing. The most of the reported cases in Abkhazia and Tskhinvali region have been linked to individuals entering the territories from the Russian Federation. Nevertheless, closing the entry-points from Georgia in the first place was deemed to be the most essential step as part of the early crisis management measures by both de-facto governments. The negative effects of the complete lockdown on the economic and humanitarian conditions are already visible, and in the absence of recovery plan and resources, the situation is destined to worsen even further.

„The implications of the COVID-19 pandemic are especially devastating for the conflict-affected territories where the health challenges are intertwined with unpredictable political conditions and high economic vulnerability.“ 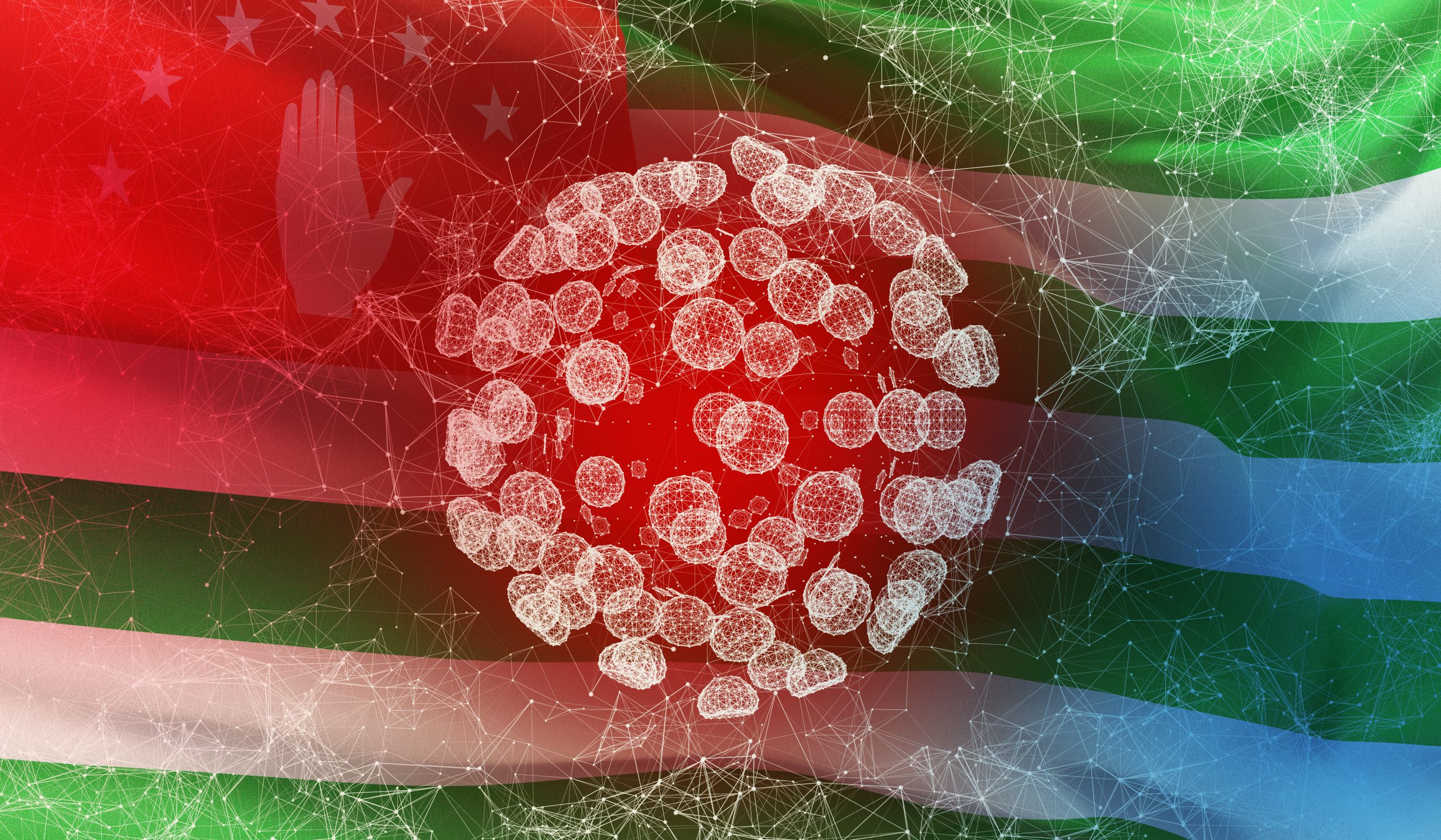 Tskhinvali Region is a landlocked territory with the administrative borders with Russia and the rest of Georgia. When the first coronavirus cases were reported on May 5[i], the government of the self-declared state quickly imposed strict measures and closed the entry-points from Georgia in the first place. Shortly after, as part of its national response, the Russian Federation has also closed borders with Tskhinvali region. The de-facto government claims that out of 89 reported cases, 85 have fully recovered.

Even in the pre-pandemic period, health infrastructure in Tskhinvali region has traditionally been criticized[ii]. Due to the absence of proper laboratories, as well as equipment, providing the medical services to the residents of Tskhinvali region has always been a core part of the Georgian government’s social policy towards occupied territories. The number of patients seeking medical treatment on Georgia-controlled territory has been steadily high. Consequently, the healthcare system in the Tskhinvali region was completely unprepared to independently cope with the coronavirus outbreak. Against this backdrop, the de-facto government has only received testing kits from the Russian Federation and has declined the international aid[iii] from organizations that cooperate with Georgia. Even though the coronavirus cases might seem under control with no casualties, continued full isolation has negatively affected the populations whose economic and social well-being greatly depends on the mobility across the administrative border. In addition to the fact that residents of Tskhinvali region can no longer access the Georgian medical services, locals also report the lack of essential medicines at the local pharmacies. According to the unofficial statistics, only in Akhalgori district, 15 people have passed away[iv] from non-corona-related symptoms since they could not receive appropriate medical treatment at local hospitals. Thus, the number of indirect COVID-19 casualties indicates that the implications of the pandemic are far more severe than the official statistics can suggest.

Regardless of the dire humanitarian situation, the de-facto government has announced to slowly lift the restrictions, however, opening the entry points from Georgia does not seem to be a priority. Against this backdrop, one of the first major events taking place was a joint military exercise with about 3,500 participating military personnel and 800 technical units[v].

„Due to the absence of proper laboratories, as well as equipment, providing the medical services to the residents of Tskhinvali region has always been a core part of the Georgian government’s social policy towards occupied territories.“

„The coronavirus pandemic has led Abkhazia to a serious economic crisis. Traditionally, the Abkhaz economy is heavily dependent on the tourism sector that has become especially vulnerable towards the COVID-19 related lockdown.“

The first cases of COVID-19 in Abkhazia were confirmed on April 7, however, early preventative measures were already imposed in the beginning of March. Until now, the de-facto Abkhaz government has reported 38 coronavirus cases with 37 recovered patients and two casualties[vi].

Early pandemic period in Abkhazia was accompanied by increased political tensions that culminated by the snap presidential elections. Both rounds, respectively on March 30 and April 14, were held under the national emergency conditions, announced on March 28[vii].

The new de-facto government has no easy task to do, however, Abkhazian COVID-19 response differs from South Ossetian one in a number of ways. Even though both territories have sealed the borders with Georgia, Georgia has been able to provide limited medical assistance to Abkhazia. Tbilisi has opened a new hospital one kilometre away from dividing Enguri Bridge which has offered medical treatment for the residents of both sides of the occupation line. Unlike South Ossetia, Abkhazia has also accepted basic medical supplies from the World Health Organization, funded by the United States Agency for International Development (USAID), and has also invited WHO and United Nations Development Program (UNDP) experts to provide advice for crisis management efforts[viii].

The coronavirus pandemic has led Abkhazia to a serious economic crisis. Traditionally, the Abkhaz economy is heavily dependent on the tourism sector that has become especially vulnerable towards the COVID-19 related lockdown. As stated by de-facto Prime Minister Alexander Ankvab, the public sector faces major funding challenges as a result of which the wages for June and July will be paid out with a significant delay. In addition, de-facto Minister of Finance Vladimir Delba has estimated a 10% recession of the GDP by the end of the year[ix].

In December 2019, Russia pledged $65 million aid to Abkhazia for the years of 2020-2022[x], however, as noted by newly elected de-facto President Bzhania[xi], Abkhazia has not received any financial assistance so far while the COVID-19 has made the need even higher.

Abkhazia has dismissed the state of emergency early in April and restrictions over social gatherings have also started to lift. However, there is an absence of the plan for economic recovery. Against this backdrop, similarly to South Ossetia, Abkhazia has also hosted the military exercise for the Russian Military intelligence units. More than 2, 000 military personnel and 300 technical units, including artillery and aviation, have been reported to be involved in the exercise[xii].

Differences and Similarities: Where Do Actors Stand?

Overview of the COVID-19 dynamics in Abkhazia and Tskhinvali region proves that both regions have been highly vulnerable to the global pandemic. Both Abkhaz and South Ossetian de-facto governments are primarily waiting for Russian assistance for post-pandemic recovery, however, exploiting the pandemic situation to scapegoat around Georgia and deny mobility across the administrative border has significant negative consequences for the daily lives of hundreds of families in both regions.

Georgia has internationally been praised for its crisis management efforts. As of July 27, Georgia has reported 1 137 cases and 16 deaths[xiii]. From the early stage, Georgian leadership has demonstrated its readiness to assist Abkhazia and South Ossetia, however, its assistance has been limited due to its political weight. International partners have already pledged funds for Georgia to cope with the economic fallout of the crisis, including the €150 million assistance from the European Union[xiv]. On the other hand, Russia has not yet made official announcements to transfer the earlier promised or increased amount of financial assistance to either Abkhazia or Tskhinvali region. Since Russia is dealing with its own crisis, it is an unviable option for Abkhazia and South Ossetia to look to only one direction. While Abkhazia has already received some international aid, Tskhinvali region still remains closed for international actors. In light of the humanitarian situation in the region, the Head of the European Union Monitory Mission to Georgia Marek Szczygiełand and OSCE special representative to South Caucasus, Amb. Rudolf Michalka have held intensive consultations about the possibility of renewing the negotiations. According to the announcement made by EUMM[xv], negotiations around Incident Prevention and Response Mechanism (IPRM) are scheduled to be renewed at Ergneti on July 30.

In the beginning of the pandemic, many have expressed optimistic views that health crisis would create an incentive for cooperation between the sides, however, what we have seen so far is using the pandemic for creating further division across the borderline. Closure of the crossing points has always been a powerful political tool in the hands of the de-facto governments, however, there is a danger that heightened securitization of the health crisis can further be exploited to legitimate such illegal actions in a long-term perspective. The outcomes of the Ergneti meeting are yet to be seen, however, renewal of negotiations is already a sign that humanitarian risks outweigh the local health risks and postponing the negotiations is no longer a safe option.

[i] Dakhundaridze, Nini, Georgia Today, retrieved on July 27, 2020 from http://georgiatoday.ge/news/21016/Occupied-South-Ossetia-Reports-First-Coronavirus-Cases

[x] Ministry of the Russian Federation for North Caucasus, retrieved on July 27, 2020 from: http://www.minkavkaz.gov.ru/press-center/news/9100/ 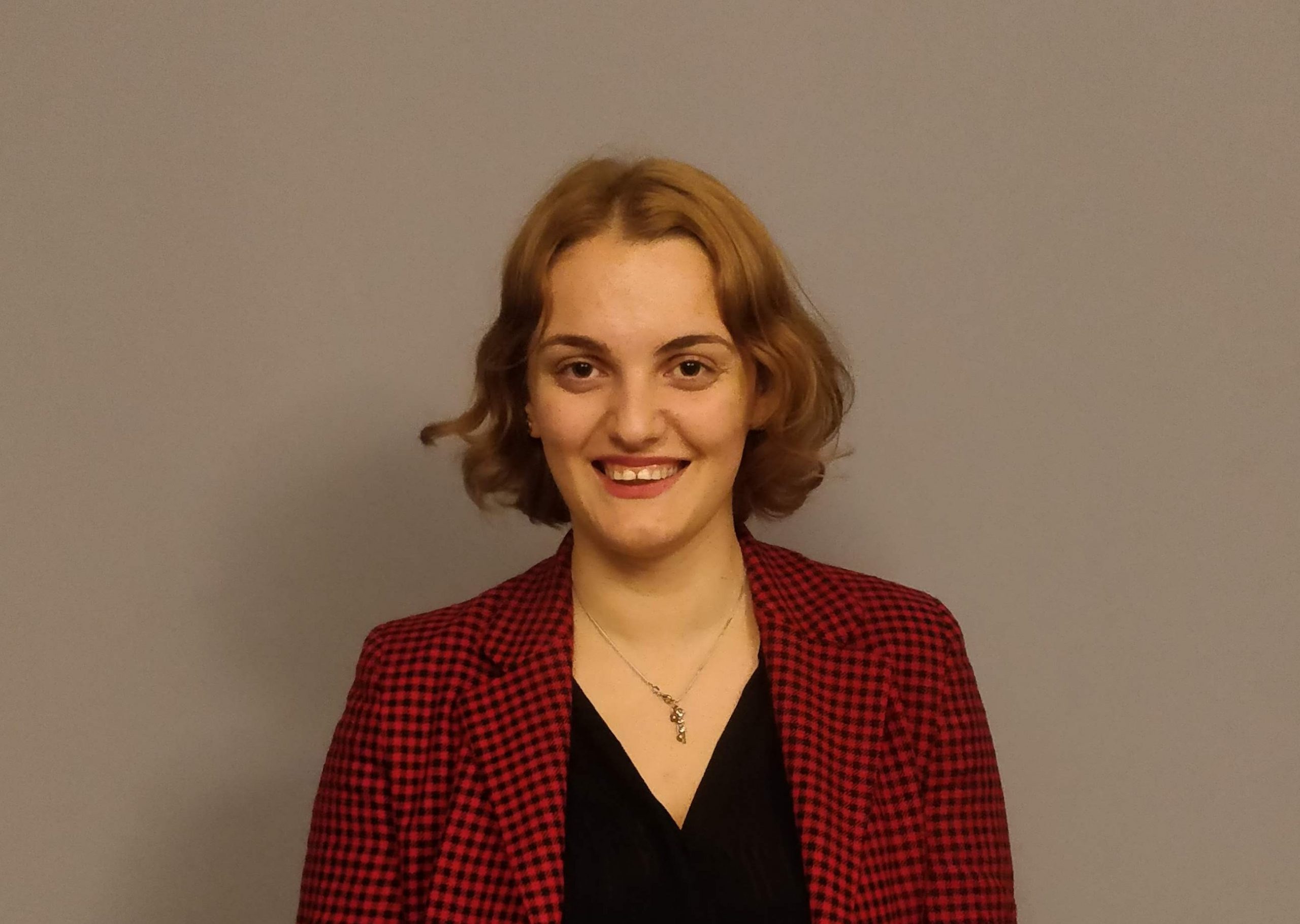 Rusudan Zabakhidze is a coordinator of the International Conference of Europeanists at the Council for European Studies at Columbia University (CES). She is also a non-resident fellow at Middle East Institute’s Frontier Europe Initiative. Previous to these experiences, Rusudan has briefly worked at Open Society Foundation’s Eurasia Program in London. She has also completed visiting research fellowship at Embassy of Georgia to Ireland, and internship at GLOBSEC. Rusudan obtained MSc in Security, Intelligence and Strategic Studies from the University of Glasgow, Dublin City University, and Charles University in Prague.

Disclaimer: Views presented here are those of the author solely, and do not necessarily reflect the views of the Strategic Analysis.