Skip to content
Conference on the Future of Europe (CoFoE) styled discussion: Is Ukraine heading to the EU?

Conference on the Future of Europe (CoFoE) styled discussion: Is Ukraine heading to the EU?

On September 18, 2022, in parallel to the ongoing discussion within the framework of the European Commission`s Conference on the Future of Europe (CoFoE), European Democracy Youth Network (EDYN) and the Strategic Analysis Think Tank organized a one- day event in AWARE ZONE, Mukachevo with young leaders from Ukraine, to capture their perspective on the Euro-Atlantic integration and the Future of Europe. The discussion aims to amplify the voice of young people in front of the EU and NATO officials to present a new narrative the young leaders present about a common future of peace and cooperation.

Although facing enormous challenges due to the ongoing war, Ukraine should not be left from the discussion during these times since the young leaders will contribute to the country’s post-war restoration.

The event was opened by Anna Brzozowska, member of SGUA’s Policy and Reform Coordination team, and Jan Cingel, CEO & Founder of Strategic Analysis. 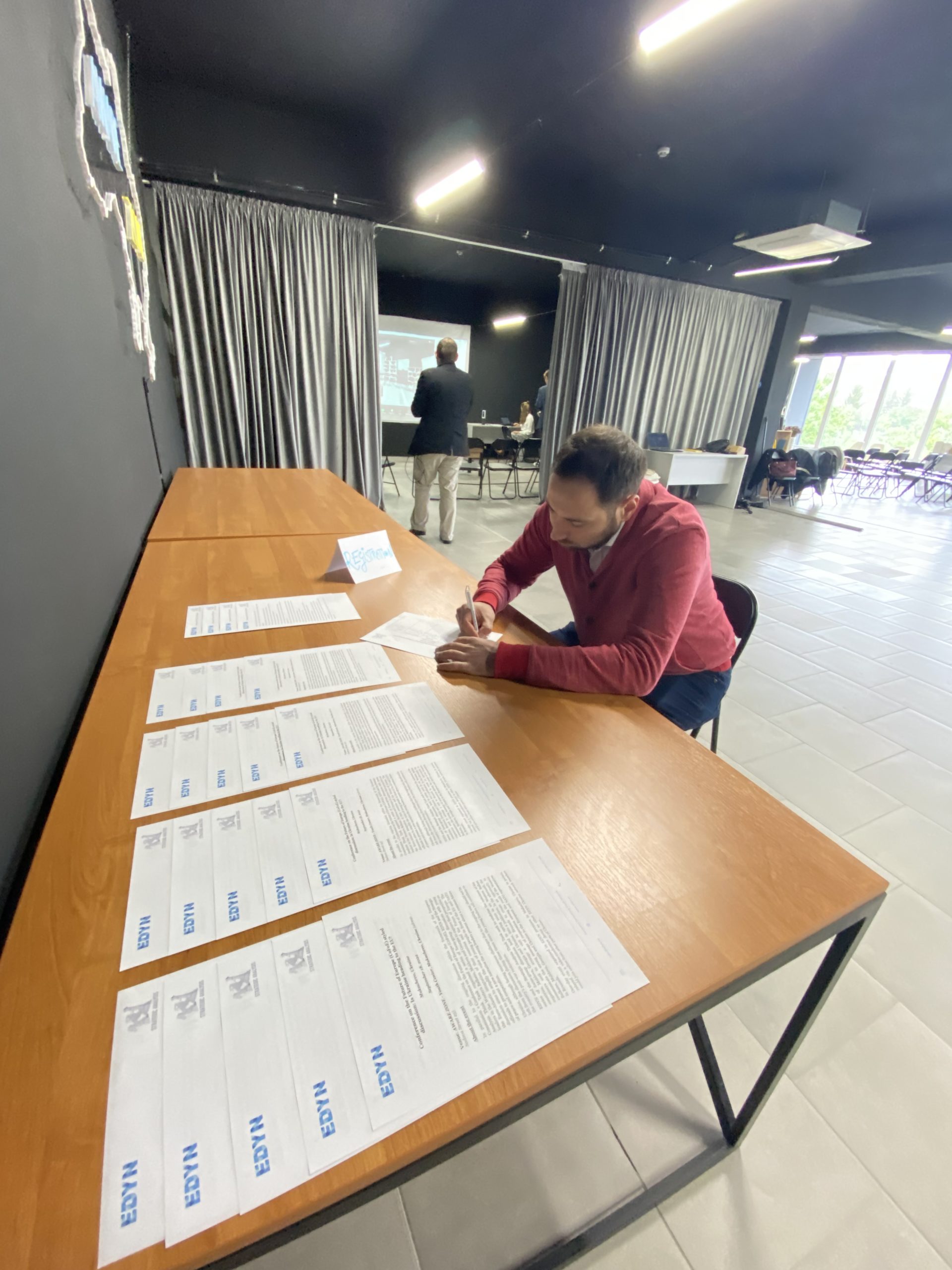 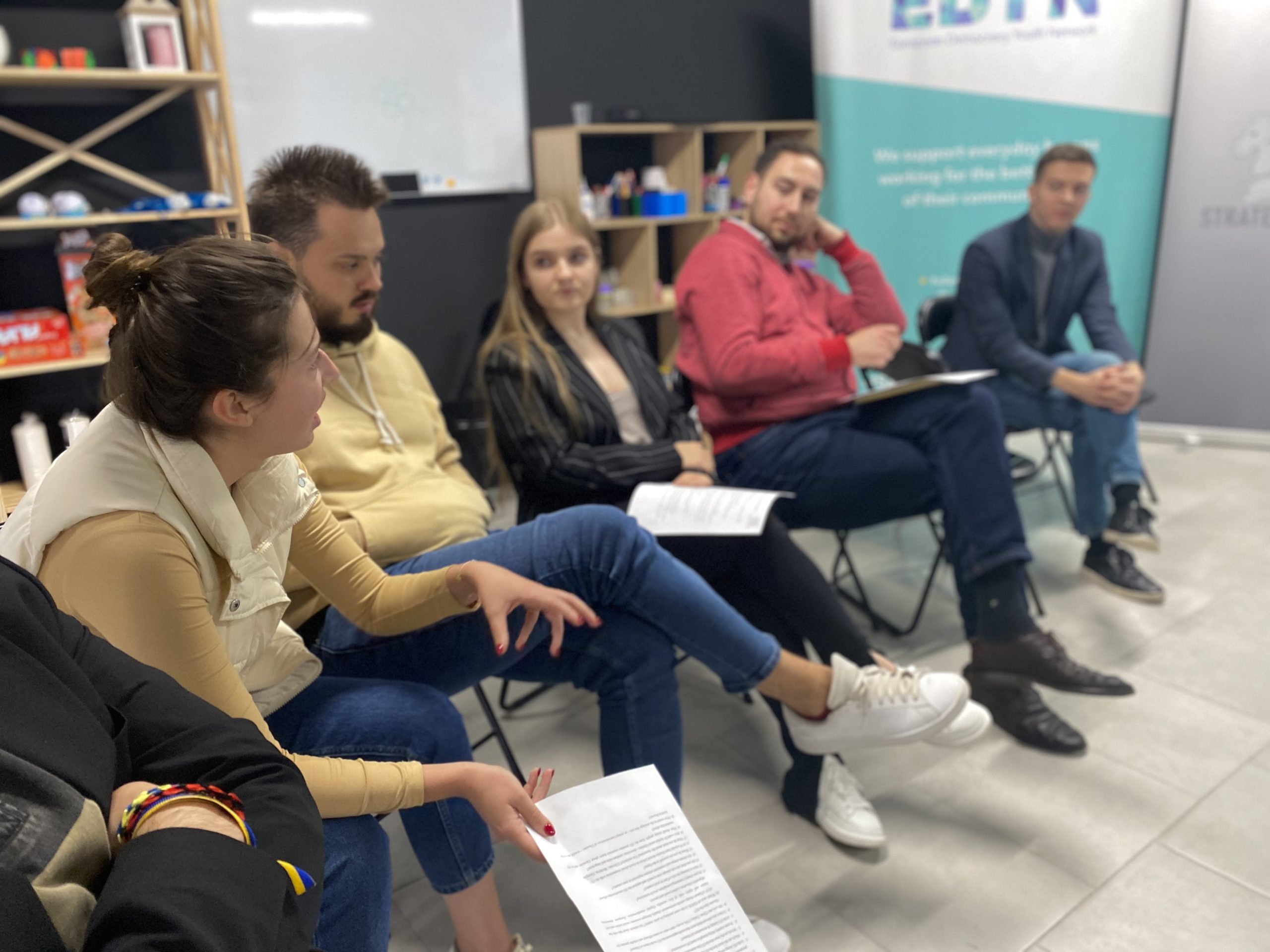 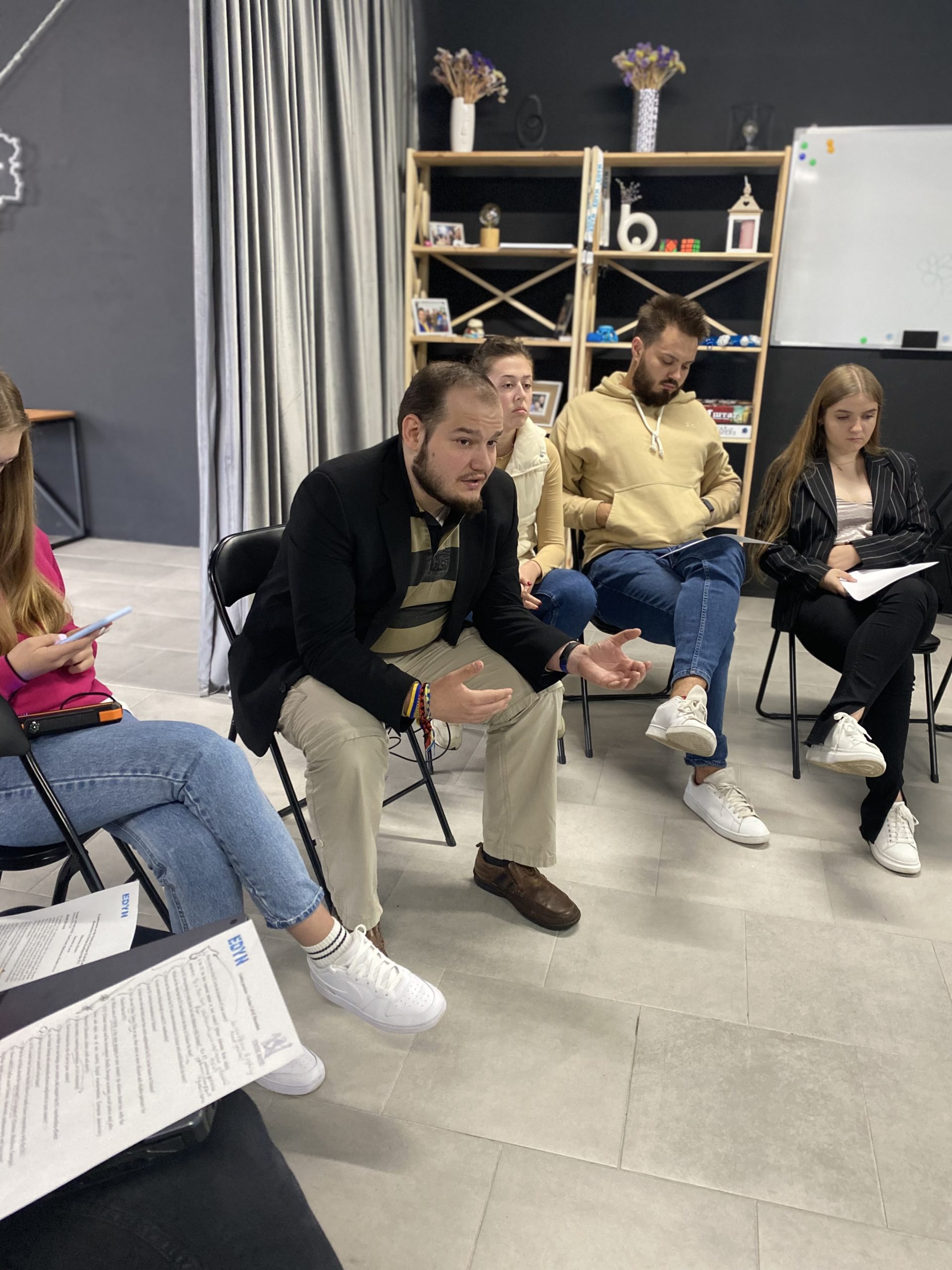 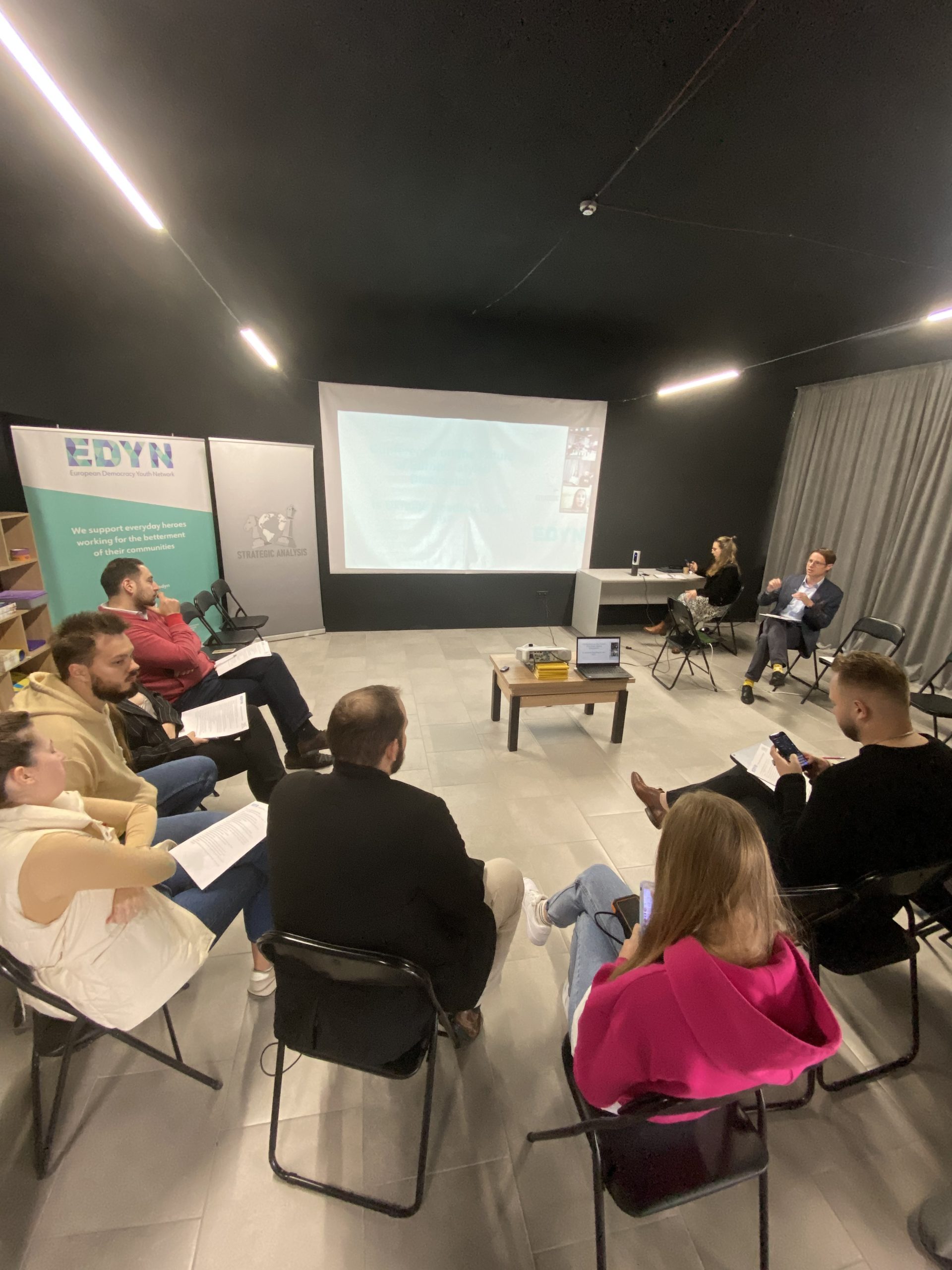 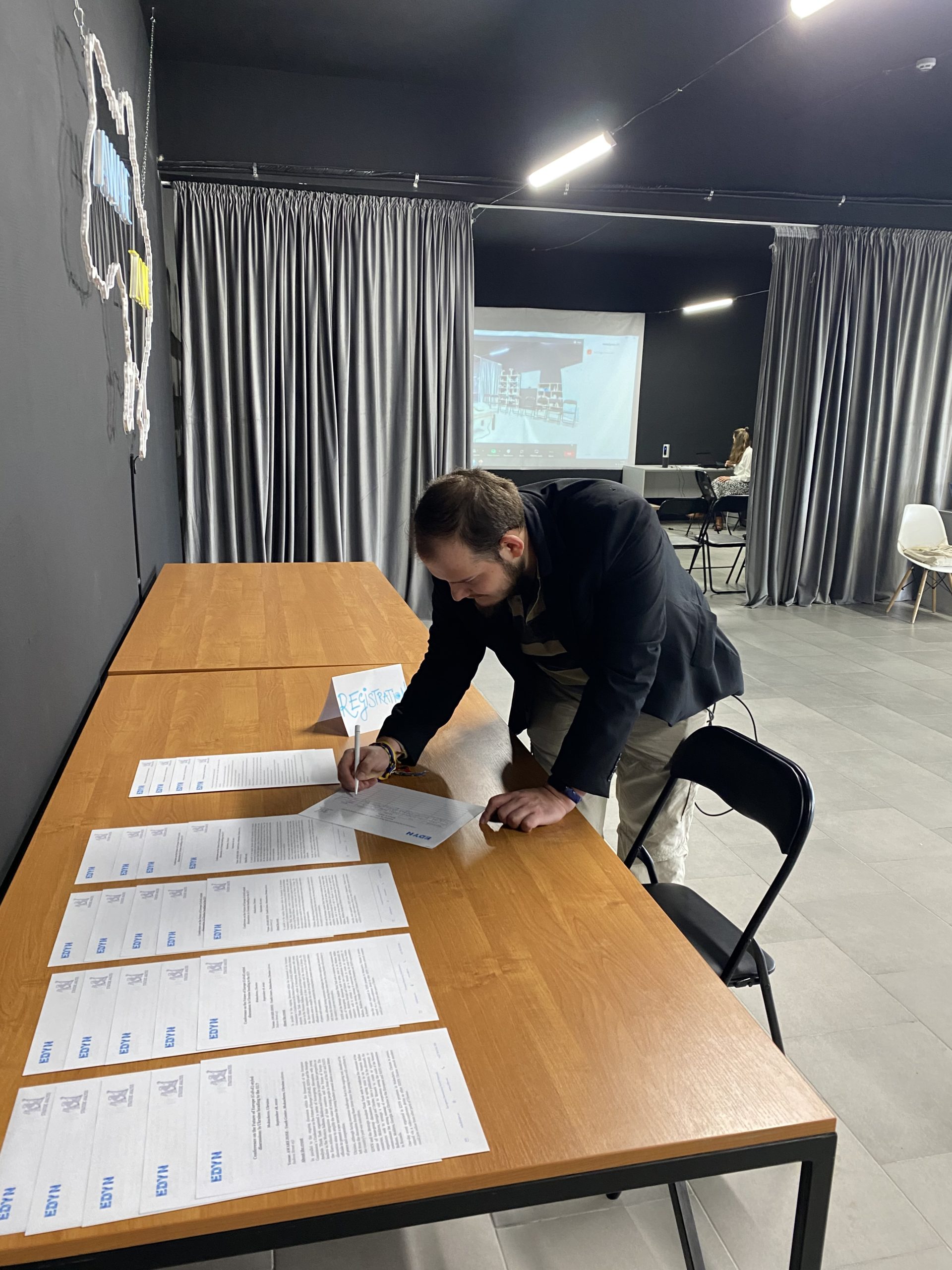 The goal of the event:

Lack of knowledge about the EU, in general, leads to misinformation and prejudice. Myths about the EU persist, revealing the continuing need to focus on education and youth in the EU and neighbouring countries. During the discussions within the CoFoE project, the voices of young people from member states were heard and reflected for the creation of the future path of the EU for the next decade. However, the young generation of the future member states from the neighbourhood of the EU was missing from the discussion.

The Conference on the Future of Europe is an opportunity that can highlight concrete practices and actions that Ukraine can change in order to integrate into the European family as soon as possible.

Although the young generation is still mostly pro-EU oriented in Ukraine, the EU is losing its momentum in the neighbourhood, especially through the protracted enlargement process. EDYN and the Strategic Analysis Think Tank aim to bring these voices to Brussels to the table of the EU and NATO decision-makers, not to leave this generation behind, to state their needs and reflect on their objections and reservations, thus making the voice of the generation who will be the future of the EU in the neighbourhood heard.