Skip to content
EaP Summit: “Recovery, Resilience and Reforms” – but without Belarus

EaP Summit: “Recovery, Resilience and Reforms” – but without Belarus

On December 15, the sixth summit of the European Union and the Eastern Partnership (EaP) countries was held, marked by cooperation between the post-Soviet countries, democracy building, and adopting “Euroblock’s” norms and values. But, unfortunately, the European Union has been recently “absorbed” by the challenges undermining the “project” of European unification.

The debates between the 27 member states with the highest representatives of Armenia, Azerbaijan, Georgia, Moldova, and Ukraine took place at the time when Russia was massing its forces on the border with Ukraine and Belarus was leading hybrid attacks threatening the stability of the EU. 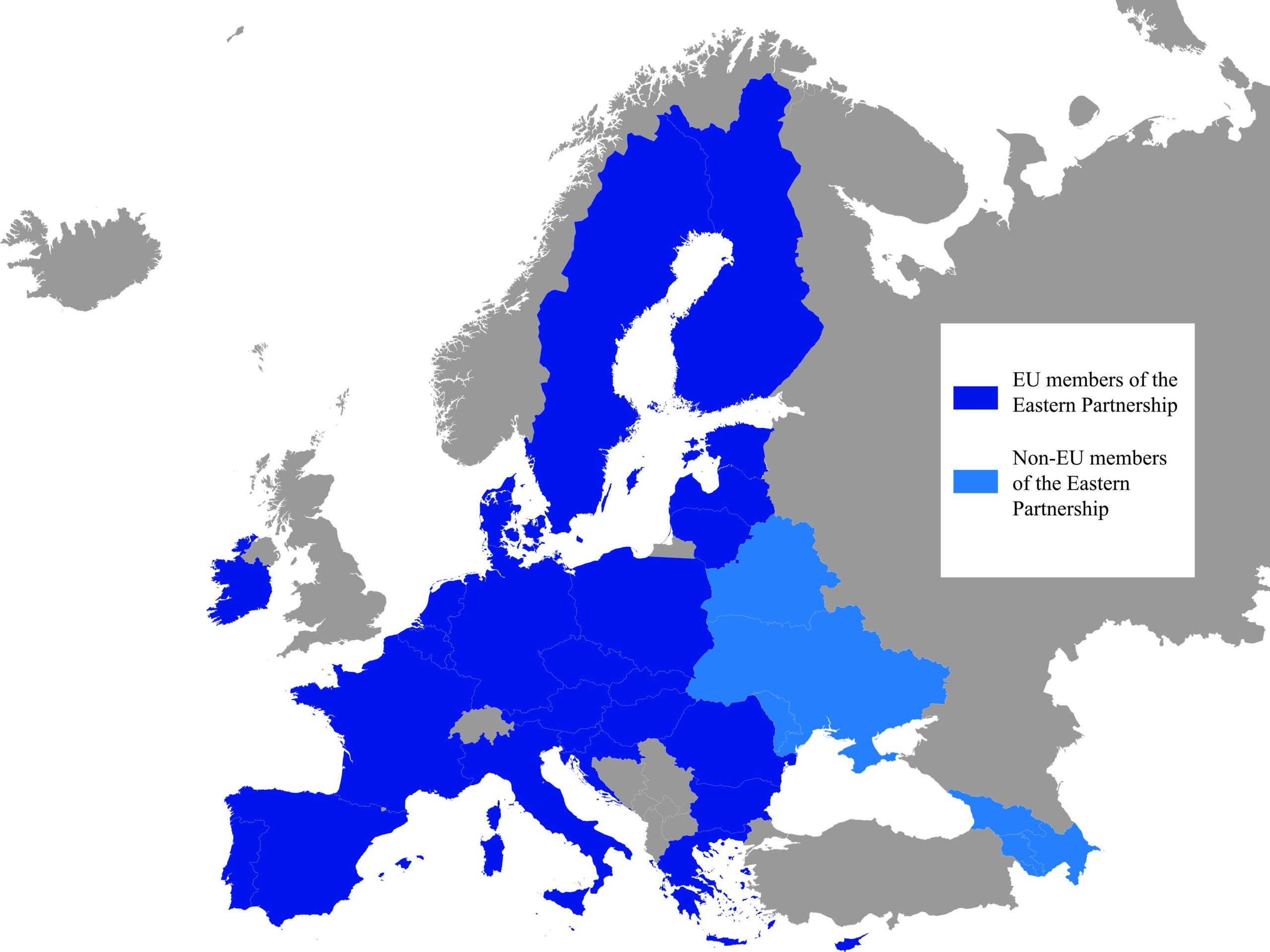 Map of the EU and EaP countries; Graphics: Vectorissimo/Shutterstock

At the summit, Ukrainian President Zelensky has responded to tensions on Ukraine’s border and called on the EU to impose sanctions on Russia. Although Russia was not mentioned directly in the official statement, there is no doubt that it was “in the background” of the entire summit.

For the first time, Belarus did not participate in the Eastern Partnership summit due to the situation with irregular migrants being used as a hybrid weapon against borders with Poland, Lithuania and Latvia. On the other hand, the opposition democratic leader of Belarus, Sviatlana Tsikhanouskaya, visited Brussels and met outside the official summit negotiations with several leaders of member states and representatives of the EU institutions. In this regard, the European Union has expressed its deep concern over the situation in Belarus and has supported its democratic civil society.

One of the main topics discussed during the summit was the concept of the Russian sphere of influence on the Eastern Partnership countries. EU member states fundamentally reject it and insist that the EaP countries are free to choose their strategic direction. However, by conducting coercive policy towards the states of the former Soviet Union, Russia makes it difficult to join the Euro-Atlantic structures.

EaP leaders welcomed the EU’s efforts to intensify its engagement and strengthen its role in conflict prevention, resolution, and building mutual trust between states. The Union commended the initiative of the three partners – Georgia, Moldova and Ukraine, which declared their aim to work to improve cooperation with the EU. They also joined the Horizon Europe research and innovation program (2021-2027). Together with the EU, partners have reaffirmed the importance of strengthening strategic communication for building resilience, including the fight against misinformation and information manipulation.

„Although Russia was not mentioned directly in the official summit’s statement, there is no doubt that it was “in the background” of the entire summit.“ 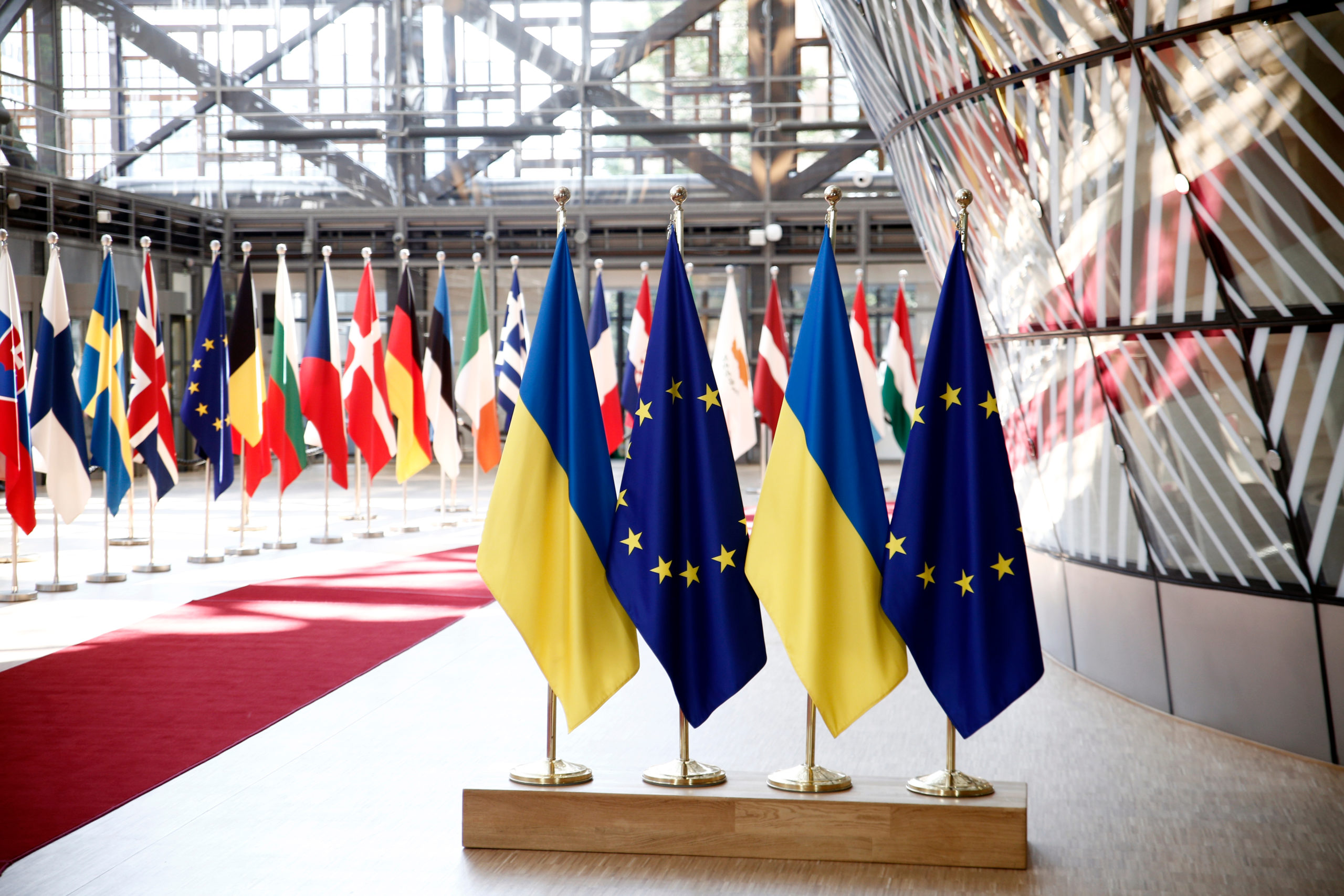 „EaP leaders welcomed the EU’s efforts to intensify its engagement and strengthen its role in conflict prevention, resolution, and building mutual trust between states.“

Among other points, the summit set out a vision for the EaP’s five years-long policy goals after 2020, which highlighted critical elements of the future recovery, resilience and reform agenda. The goals include a resilient digital transformation, securing responsible institutions, the rule of law and security or achieving a resilient, fair and inclusive society based on gender equality. These targets are accompanied by a € 2.3 billion regional investment plan.

One of the summit’s highlights was the meeting between Azerbaijani President Ilham Aliyev and Armenian Prime Minister Nikola Pashinyan. For three decades, their countries have been at war over the Nagorno-Karabakh region. In the framework of bilateral relations between Armenia and Azerbaijan, the EU stated that there was a constructive debate between the country’s leaders and called on them to continue their efforts to ensure lasting peace in the region.

At present, the Eastern Partnership countries, as countries of the former Soviet bloc, find themselves in a difficult situation. Caught in the middle of brewing security situation between Russia and the West. First and foremost, direct support and cooperation from the European Union are needed. The idea of ​​democracy is growing in the EaP states, but it needs to be protected not to lose its power nor momentum.