Serbia – between East and West

The current war in Ukraine has impacted the whole world. It has affected the entire European community, including Western Balkan countries. The region has found itself on the identity faultline between Russia and the West, where each state is evaluating its interests and showing where it recognizes its future.

In recent years, the Western Balkan region had been hit by “Kremlin’s propaganda” in opposition to the European Union and the United States’ democratization efforts. As a result, it severely impacted the region’s political development, especially in countries that tied themselves with Russia. Moreover, geopolitical and economic problems make the area particularly sensitive to the possible severe consequences of the ongoing conflict.

„In recent years, the Western Balkan region had been hit by “Kremlin’s propaganda” in opposition to the European Union and the United States’ democratization efforts“ 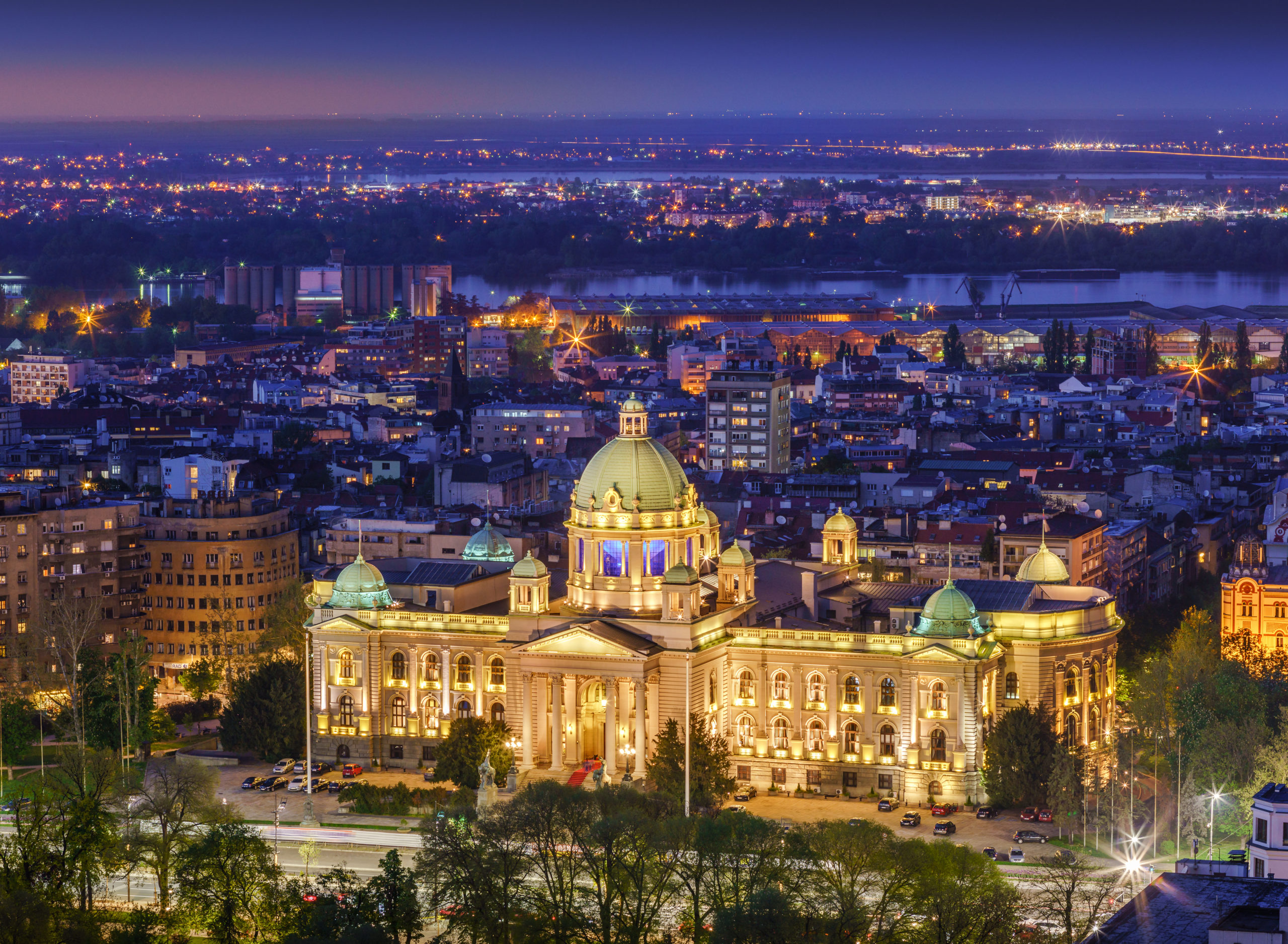 Parliament of the Republic of Serbia; Photo: Predrag Mladenovic/Shutterstock

The Western Balkans is not united against Russia’s aggression in Ukraine. Each state has different relations with Russia as well as with the West. Some countries are members of NATO or have candidate status for the European Union. Others have not even begun negotiations about membership in the Euro-Atlantic structures. Serbia and the Republika Srpska in Bosnia and Herzegovina have strong ties with the Russian Federation.

However, in the light of the war in Ukraine, Serbia, as the most staunch ally of Russia in the Western Balkans, might have to reconsider the quality of relations with Russia. Russia‘s steps that led to the aggression against Ukraine revealed that Russia is not taking Serbia and its interests all too seriously.

The first conflict in Ukraine that started in 2014 and, in hindsight, appears to be a “prelude” to the current war, has shown Serbia’s orientation towards Russia. Then, Serbia openly supported the annexation of Crimea and the attack on the Donetsk and Luhansk regions. However, eight years have passed. Even though Serbia remains a Russian ally, its attitude towards its “big brother” might be changing. In the case of the ongoing aggression of Russia against Ukraine, Serbia took a softer position. President Vučić recognized Ukrainian territorial integrity and called for a peaceful solution to the crisis. That was a surprising move. Still, the Serbian administration denied sanctions against Russia, claiming they would harm Serbia’s interests.

In Western Balkans, Serbia has arguably the most substantial ties with the Russian Federation in terms of history, culture, religion, politics and energetic dependency, which play a crucial role in relations with Russia today. Energy dependence from Russia is so robust that Serbia covers 89% of domestic gas needs by Russian gas. Russia even owns majority shares in NIS, Serbia’s leading gas and oil company. The reality proves that Serbian interests are defined by the gas dependency, which is too severe to direct Serbia from the alliance with Russia openly. Serbian leadership’s previous strategic decisions have not diversified gas supplies and cemented Serbia into the position, where even now when Russia has attacked Ukraine militarily, supporting sanctions is nearly impossible. That could lead to an energetical crisis in Serbia, a situation that president Vučič and his Serbian Progressive Party cannot afford, as the presidential, parliamentary and local elections are quickly approaching (April 3, 2022), and they need public support.

On the other hand, other factors could shape Serbia‘s attitude towards Russia in the future. Notably, Serbia has traditionally maintained good relations with Ukraine, like on the issue of Kosovo (non-)recognition, Ukraine does not recognize its independence. More importantly, after the recognition of Luhansk and Donetsk „People’s Republics“ by the Russian Federation, Serbia might feel abandoned by the “big brother” as Russia delegitimized its position on the issue of break-away regions. Russia‘s move to recognize mentioned self-proclaimed „republics“ speaks volumes that Russia does not really pay attention to Serbia’s interests or impacts of these decisions on Serbia under the current challenging situation. That might be a warning sign for Serbia, which has significantly been relying on Russian support lately. The fact that Serbian leadership recognizes the change of relations with Russia could be pictured by the fact that Serbia is not supporting the Russian attack on Ukraine, unlike was the case of 2014 events.

Furthermore, Vučić’s rhetoric has changed from aggressive and nationalistic to portraying himself as a peace guarantor in the Western Balkans since February 24, 2022. We can observe his effort to balance statements favouring Russia, Ukraine and the European Union. He argues that Serbia stands for peace and respect of international law rejects the violation of the territorial integrity of Ukraine. However, keeping good relations with Russia, he refused to impose sanctions on Russia because he protected Serbia’s interests, in his own words.

Yet, it is questionable whether Vučić will keep this east-west line of international politics. He could become a peace guarantor in the region, but since 2014, Russia has not sought peace and stability in the Western Balkans. Consequently, Vučić will probably be able to balance his position between Russia and the European Union, yet he will have to choose a side in the end. That means he would take the pro-EU orientation and support the sanctions against Russia or doom the EU membership and risk the future of Serbia in Russia’s camp.

After the latest events in Ukraine, Vučić and Serbian leadership should re-think whether Russia provides such robust and beneficial opportunities as the European Union membership. The EU has intensively called upon Serbia to implement the sanctions against Russia. Doing so could prove that Serbia means its commitment to be an EU member seriously. However, Serbia and its leadership calculate every step, as its interests could be harmed by favouring the EU.

For additional reasons, Serbian leadership and Vučič need to maintain solid relations with Russia. Surveys from 2021 show that around 83% of Serbs consider Russia a friendly country. As Serbian president Vučič is known for shaping his political stream and decisions based on public opinion, he does not have any other choice but to keep friendship with Russia, at least in words and at least before the upcoming elections. Otherwise, he and his leadership could lose popularity and, consequently, the votes in the elections. Considering the mentioned facts, energy dependence on Russia is not the only reason Serbia finds it really hard to weaken relations with Russia and move it towards the European Union. Following the Brussels’ path could lead to decreasing Vučič’s support and popularity among the electorate. However, as Russia has recognized Luhansk and Donetsk as so-called „People’s Republics“, attacked Ukraine, and cut relations with most Western countries, Serbia’s leadership might find Russia a less reliable partner, following its interests while not looking at its Western Balkans’ ally interests.

„Serbian leadership and Vučič need to maintain solid relations with Russia. Surveys from 2021 show that around 83% of Serbs consider Russia a friendly country“