Skip to content
Decreasing influence of the EU in North Macedonia

Decreasing influence of the EU in North Macedonia

North Macedonia undoubtedly remains one of the most pro-European Western Balkan countries. In 2020, 69 % of the North Macedonia population would vote in favour of EU membership in a hypothetical referendum. However, this figure represents a significant drop over the past few years from 80 % in 2014 (1). This decline is mainly correlated with an ongoing loss of EU credibility associated with swings in the EU accession process. The credibility of the European Union in the Western Balkan region and particularly in North Macedonia was further diminished during the Covid-19 pandemics due to slow vaccine rollout. The slow vaccine deliveries politically hit the ruling Zaev’s government which at first decided to stick with the vaccines approved by the EMA but eventually chose to go for shipments from Russia, Serbia and China. Given the strategic position of the entire region, the European Union risks losing ground and giving up influence in favour of Russia and China. And yet, even after more than 17 years of negotiations and several sacrifices, there is still no guaranteed timeline for the accession process, which worsens the prospects of EU credibility.  North Macedonia began its EU journey in 2000. As the first Western Balkan country, North Macedonia signed the Stabilisation and Association Agreement, which came into force in 2004 and subsequently was officially granted the candidate status in 2005. Since then, North Macedonia had to face several obstacles along the process that has barely begun. The ongoing uncertainty and lack of guarantees about the accession could make the EU less attractive for other Western Balkan countries and could decrease their motivation for reforms.

„The credibility of the European Union in the Western Balkan region and particularly in North Macedonia was further diminished during the Covid-19 pandemics due to slow vaccine rollout.“ 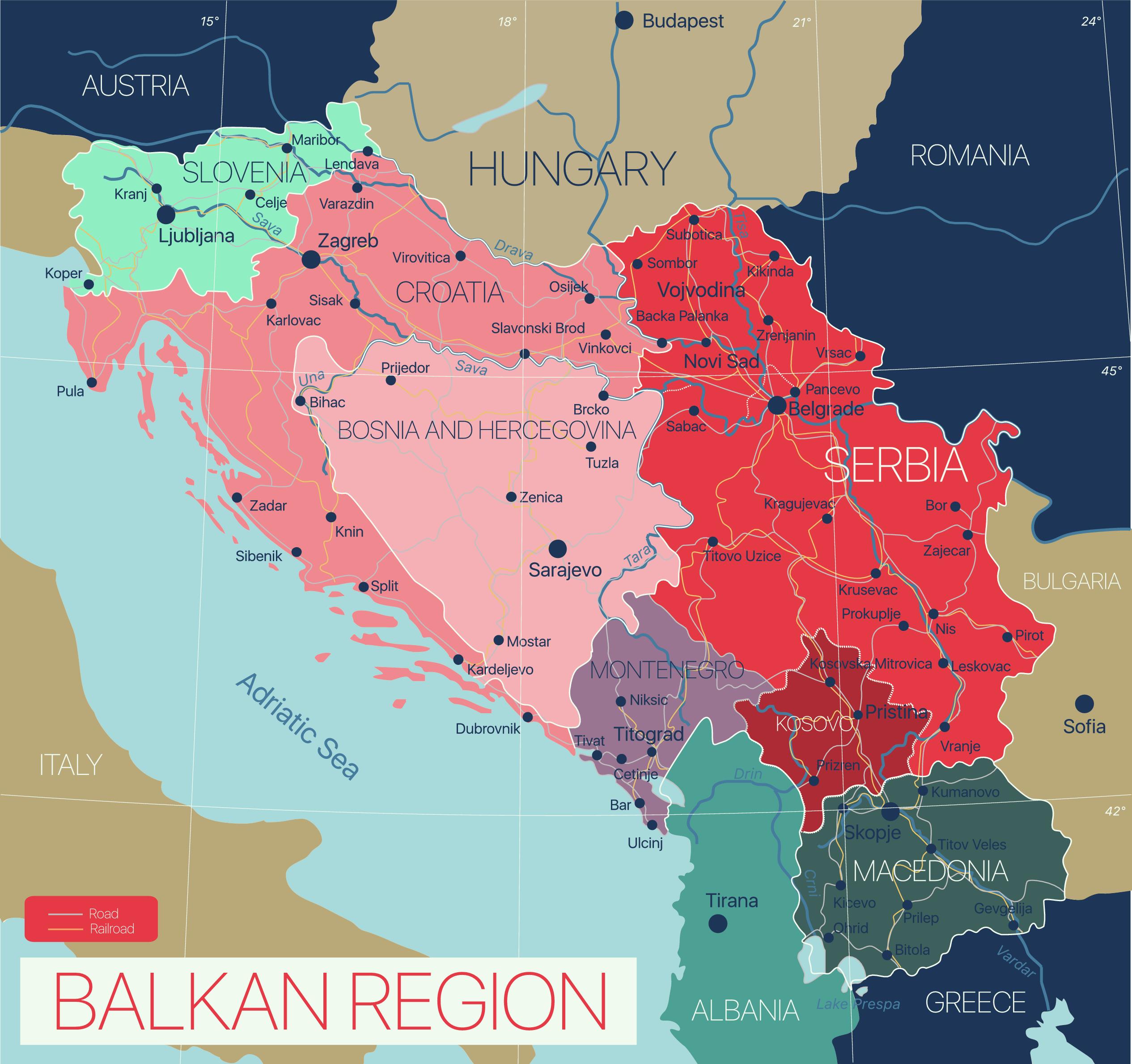 „However, with sluggish accession process, uncompensated sacrifices and vague European position, the EU risks losing its authority and attractivity over the years.“

The EU accession process – a source of deep frustration

Many European countries remain sceptical about the prospects of the EU membership for Western Balkans. There are, in fact, two blocs in the EU regarding Western Balkans. The first one, represented mainly by the Eastern and Central European countries, is strongly pro-enlargement, citing worries about increasing activity and influence of other powers in the region. The second one, represented mainly by France, would like to see more structural reforms and focus on the reforms within the EU itself before accepting new members. However, with sluggish accession process, uncompensated sacrifices and vague European position, the EU risks losing its authority and attractivity over the years. In North Macedonia, where the poverty rate is at 18,2 % (2), the European Union is still the beacon of hope and a source of great optimism. The prospect of the EU membership incentivised politicians to undertake political, judicial and economic reforms. Even though there is still a long way to go, North Macedonia has achieved tangible results. The implementation of crucial reforms has not been, however, the only obstacle in the process. Membership talks have been on hold since 2008 due to decades-old disputes with its neighbouring countries – first with Greece and now with Bulgaria.

Greece effectively vetoed accession talks between 1991 and 2018 because of an unresolved matter with the country’s name “Macedonia”.  This at-the-time unsettled dispute revolved around the potential territorial claim on the region “Macedonia” in the northern part of Greece and the potential claim on ancient Greek culture. The dispute was finally resolved in 2018 with the Prespa agreement, Macedonia changed its name to “North Macedonia”, and Greece subsequently lifted its veto against NATO and EU accession talks. Based on this progress, EU foreign ministers gave the green light to begin EU membership negotiations with North Macedonia and Albania in March 2020 in the midst of the Covid-19 pandemics. But the progress in the accession wasn’t long-lasting. Eventually, Bulgaria decided to block the agreement on a negotiating framework in November 2020, a crucial step that effectively put the whole process on hold again, based on its unsettled dispute with North Macedonia. The point of disagreement is once again history, identity and language.

Failing to break the stalemate in negotiations in the foreseeable future would further delay the already lengthy process and further deepen frustration among the citizens of North Macedonia. For many of them, the EU accession process seems to be a never-ending story with no clear roadmap on how to get to the dream destination. With no end of the stalemate in sight, the EU Commissioner Olivér Varhélyi even suggested “decoupling” North Macedonia and Albania in their membership negotiations, with Albania going forward alone even though North Macedonia has moved faster in the reform process. This statement was met with strong opposition from Eastern and Central European countries and North Macedonia itself. Pro-enlargement countries emphasised the progress in reform implementation in both countries and the threat to EU credibility in the region. 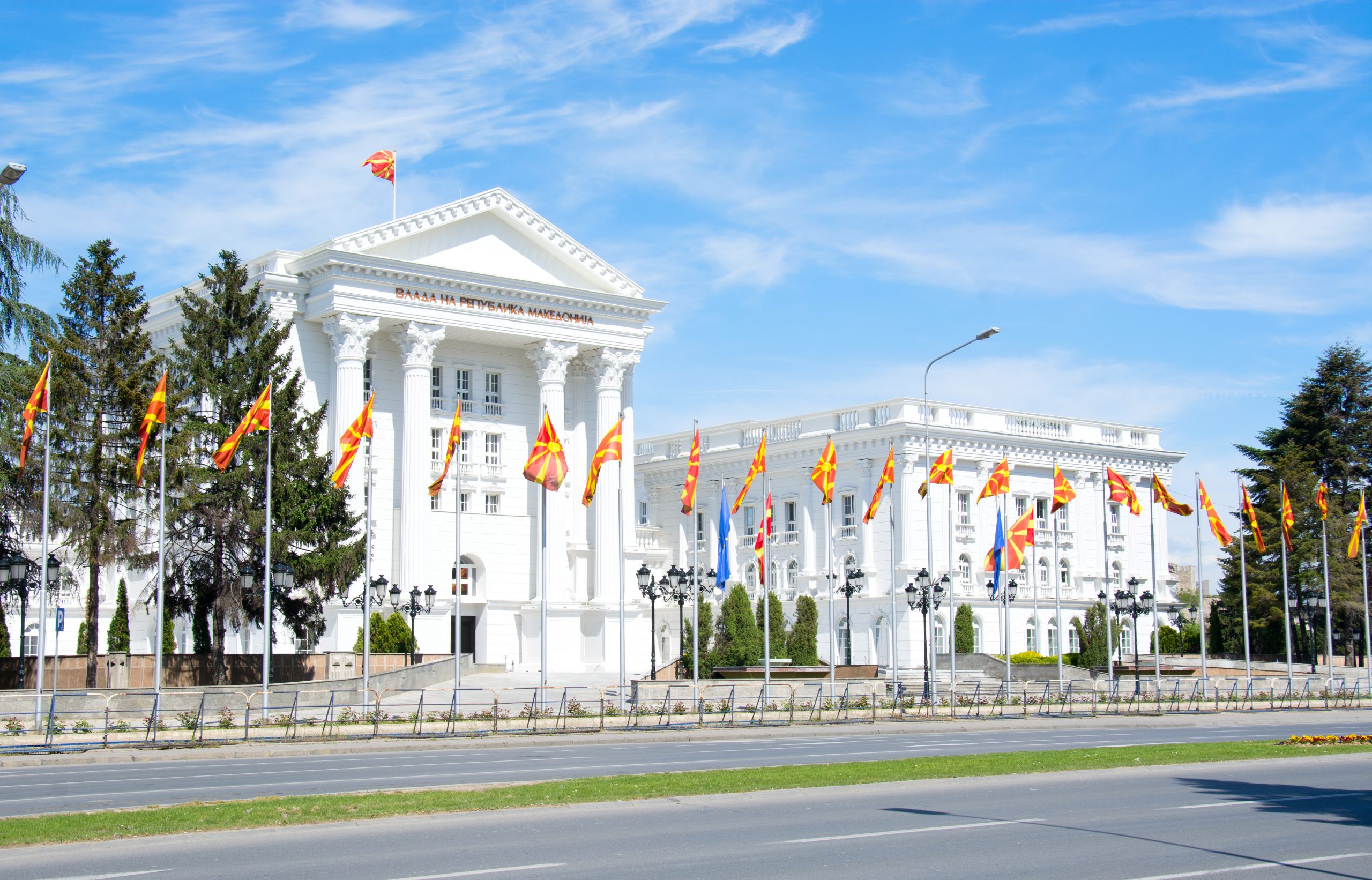 The slow vaccine rollout is another source of disillusionment. The frustration from the EU is palpable. By early February 2021, not a single dose of vaccine had been delivered to four out of the six Balkan countries.  North Macedonia relied heavily upon the help from the European Union, sticking with the vaccines that had been approved by the EMA. But it wasn’t until March 2021 that the first COVAX vaccine shipment (a global program where the EU is a major contributor) arrived. The direct shipment of vaccines from the European Union was even more delayed, the first vaccines arriving at the beginning of May 2021. These bad figures in the country that has one of the highest per-capita death rates in the world are in stark contrast with its neighbour Serbia. Serbian President Aleksandar Vucic didn’t limit his vaccine outreach efforts to the European Union, ordering millions of vaccines from both east and west. Serbia emerged as the vaccination leader due to close ties with Russia and China. Serbia started massive vaccination in early January 2021, far outpacing almost every other European country, including Germany and France. This move was, however, highly risky due to a lack of authorisation by the EMA and a lack of Phase 3 trial data. Since then, the country has received more than 2,5 millions doses of the Chinese Sinopharm vaccines, more than 400.000 doses of Sputnik V from Russia and secured 1,2 million doses of Pfizer vaccine, which would gradually arrive in the second quarter of 2021. By May 31, more than 30 % of Serbia’s population has already been fully vaccinated with two doses (3).

North Macedonia, which opted to go the European way, lags far behind Serbia. By May 31, only 4,5 % of the North Macedonia population have been fully vaccinated (3). With growing frustration over the delay of vaccines, North Macedonia eventually turned to China, Russia and Serbia for help with vaccine supplies. Prime minister Zoran Zaev even decided to be vaccinated by the Chinese Sinopharm vaccine accompanied by China’s ambassador, dealing another blow to EU reputation. As one of the most pro-European Balkan leaders, he paid the political price for initially siding with the EU vaccination program, which threatens the prospects of other pro-European Balkan leaders’ willingness to rely on the EU. The vaccination program currently speeds up mainly thanks to 200.000 Sinophram vaccines received at the end of April. China and Russia try to benefit from the current situation, filling the void left by the EU and gaining influence. What’s more, Serbia carries out its own successful vaccine diplomacy, donating jabs to other Balkan countries and thus strengthening its position in the region. Ironically, the first Serbian donation of Pfizer/Biontech vaccines arrived in North Macedonia in mid-February, almost a month before the first delivery from the COVAX program.

„North Macedonia relied heavily upon the help from the European Union, sticking with the vaccines that had been approved by the EMA. But it wasn’t until March 2021 that the first COVAX vaccine shipment arrived. „

The status of the European Union as a reliable partner for North Macedonia has been undermined, especially in the last 6 months. But nothing is lost if the right measures are taken. If the European Union wants to regain its lost ground, it must come up with a clear plan for EU membership and unblock the accession process once and for all. Otherwise, other powers could take over its position as the regional leader. The upcoming Slovenian presidency of the Council of the European Union could be a great starting point for a renewed enlargement effort. Since Slovenia is a strong proponent of EU membership for Western Balkan, this opportunity shouldn’t be missed.

Ján Cipár is a student of the Faculty of International Relations, Economic University in Bratislava, Slovak Republic and a participant of the Strategic Analysis’ Young Balkanist Programme.

Disclaimer: Views presented here are those of the interviewee solely and do not necessarily reflect the views of the Strategic Analysis.